Britain has adopted a light-touch approach to coronavirus measures, opting so far not to shut schools, with the aim of staggering demand on the health service and developing "herd immunity" in the population -- but the strategy is controversial.

The government on Thursday stepped up its response to COVID-19, which officials warn may have infected up to 10,000 people in Britain, by asking those with mild symptoms to self-isolate for a week.

But Prime Minister Boris Johnson said it was not yet time to follow other European countries in closing schools or banning large events.

Health experts say moving too soon could be disruptive and only have limited effect. It could also see people become frustrated and stop complying just when cases peak.

The government is also hoping to stretch the outbreak to avoid overwhelming the state-run National Health Service (NHS), which is already struggling with staff shortages and a seasonal flu outbreak.

People with mild symptoms are being asked not even to visit or call a doctor unless their condition worsens, to allow medical staff to focus on those most in need.

"We want to suppress it (the virus), not get rid of it completely," said Patrick Vallance, the government's chief scientific adviser.

He added: "What we don't want is everybody to end up getting it in a short period of time so we swamp and overwhelm NHS services."

Vallance and his team also believe that the population could develop some immunity to the virus if it is allowed to spread slowly.

"You can't stop it, so you should end up with a broader peak during which time you'd anticipate that more people would get immunity to this," he said.

"That in itself becomes a protective part of this process. This is quite likely, I think, to become an annual virus, an annual seasonal infection."

However, Vallance suggested this kind of immunity would only work if 60 per cent of the population were infected -- potentially risking many more deaths.

The government's approach has already caused some criticism in Britain, where many people are looking nervously at the lockdown in Italy and school closures across the sea in Ireland.

Former health minister Jeremy Hunt said many Britons would be "surprised and concerned" that more was not being done to tackle the spread.

Devi Sridhar, professor of global public health at Edinburgh University, added: "Now is the time for the UK government to ban large gatherings, ask people to stop non-essential travel, recommend employers shift to home working and ramp up the response. 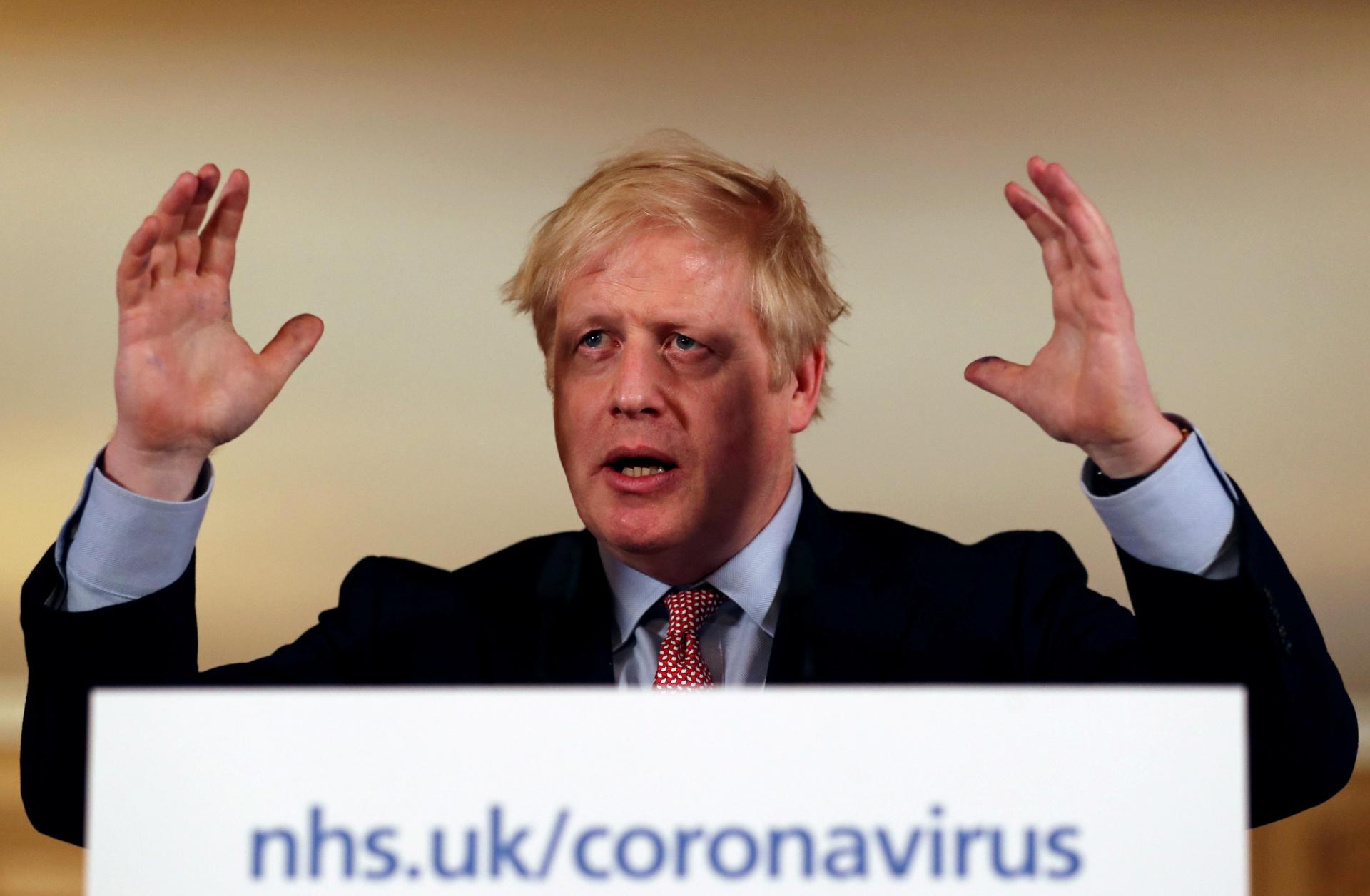 "The curve can be shifted, like South Korea and Singapore, but only with government action."

There has also been criticism of the use of behavioural scientists in formulating government policy, while some question if concern about disruption of Britain's post-Brexit economy might not be a factor.

The government has announced a year-long delay to local elections planned for May 7 after the Electoral Commission warned of "real risks" to holding the vote as planned.

Johnson's government says it is being led entirely by scientific advice and has promised to provide whatever funds are necessary to ensure the NHS can cope.

Thomas House, reader in mathematical statistics at the University of Manchester, said: "Whether we aim for it or not, herd immunity will happen at some point in the future.

"Neither a growing epidemic nor social distancing measures can continue forever, and the aim of policy should be for this to happen with the minimum human cost possible."

Martin Hibberd, professor of emerging infectious diseases at the London School of Hygiene and Tropical Medicine, said the UK measures would help in treating the sickest patients.

"The current aim of the social distancing put in place by the UK government seems to me to be to delay and 'flatten' the peak so that those people who suffer the more severe forms of the disease are able to be cared for properly," he told AFP.

"This might mean that by winter, when the disease might be expected to get worse, those who had not had the disease would be in the minority and would be protected by herd immunity.

"I think that the delay techniques promoted by the government are likely to achieve this aim."