Generally, cryptoassets, including cryptocurrencies such as Bitcoin, are transferrable digital assets which utilise Distributed Ledger Technologies (DLT) to verify and secure transactions without the intervention of any middleman, that is, a decentralised structure.

Cryptoassets grew into a global phenomenon in 2017, reaching a total market capitalisation of circa $823 (€737) billion on January 8, 2018 (www.coinmarketcap.com/charts/). The rapid increase in the value and volatility of cryptoassets has attracted a tremendous amount of interest from regulators and governmental bodies across multiple jurisdictions, particularly in Malta, the Blockchain Island. Malta was the first country to issue a framework (in the form of three statutes), aimed at regulating companies operating in DLT’s sector.

The recent breakout of cryptoassets on the market has also led to an increasingly urgent need for guidance on the accounting of cryptoassets, however, to date, no official accounting standards on this topic exist. Nevertheless, various standard setters have been debating on the topic of cryptoassets whilst monitoring their continued, fast-paced development.

Classifying the various types of cryptoassets available on the market in line with their differing characteristics is crucial in determining which accounting standards apply to which category of cryptoassets.

For accounting purposes cryptoassets could be classified as

Although no generally accepted framework for the classification of tokens exists, the following subgroups of tokens have been widely distinguished. 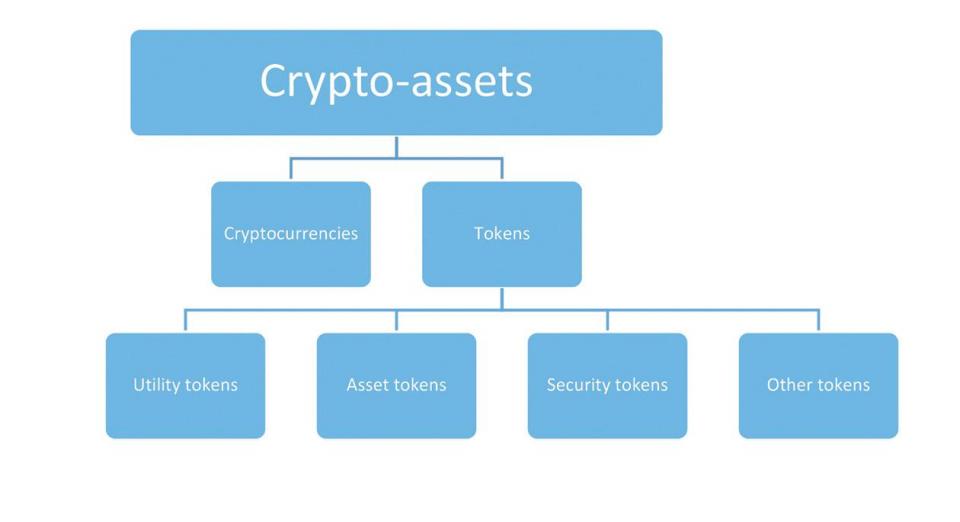 Utility tokens provide holders with future access to the goods or services to be launched by the issuer. The value of the utility tokens is derived from the demand for the good or service it gives access to.

The constant innovation in the digital asset industry continues to produce new types of cryptoassets. This category – other tokens – therefore captures tokens with hybrid characteristics (that is, mixture of two or more types of tokens) as well as possible future innovations of new tokens holding different characteristics than those outlined above.

Given the current lack of guidance on the accounting of cryptoassets, before considering the application of existing IFRS standards, it is necessary for preparers to obtain a detailed understanding of the particular type of cryptoasset being accounted for as well as on the background of the entity issuing or investing in the said cryptoasset.

Although due to the dynamic nature of cryptoassets, we can expect the accounting treatment to differ even within the same category of tokens, we believe that a similar thought process can be applied in concluding the accounting implications to be applied. In light of this, we propose a five-step general framework to be followed, built on the discussions of the International Accounting Standards Board (IASB).

At its meeting on September 2018, the IASB discussed two technical papers addressing different ways in which a company can apply existing IFRS standards to account for (i) the holdings of cryptocurrencies and (ii) the issue of cryptoassets in an Initial Coin offering (ICO). No decisions were reached by the IFRS Interpretations Committee at this time.

Subsequently, in March 2019 the IFRS (International Financial Reporting Standards) Interpretations Committee (IFRIC) published a tentative Agenda Decision, explaining how existing IFRSs might apply to the holdings of cryptocurrencies. A decision on this agenda was reached on June 2019, where the committee concluded that IAS 2 Inventories is to be applied to cryptocurrencies when they are held for sale in the ordinary course of the business. Should IAS 2 not be applicable to the cryptocurrency being considered, an entity is to apply IAS 38 Intangible Assets to the holdings of cryptocurrencies.

Further information on the criteria considered by the committee in reaching the abovementioned conclusion can be accessed at https://www.ifrs.org/news-and-events/updates/ifric-updates/june-2019/#8.