After months of build-up, Malta’s six-month presidency of the Council of the European Union begins today. Philip Leone-Ganado explores what the role means and what the country hopes to achieve by June 30.

What is the presidency?

As of today, Malta has become the smallest country to ever take on the presidency of the Council of the EU, the institution comprising the leaders of each Member State.

The presidency rotates between Member States every six months, and while it does not mean the country will be running the EU until June, Malta’s first turn in the hot-seat does bring with it significant responsibility – and opportunity.

For six months, Malta will plan and chair all ministerial meetings in Brussels and Luxembourg, with the exception of the meetings of the Foreign Affairs Council.

It will host a number of high-level meetings and conferences here in Malta, including a summit of EU heads of government in February.

It will also have the opportunity to influence and shape the EU’s agenda in line with its own priorities and goals, and as the representative of the Council in relation to other EU institutions, lead ‘trialogue’ negotiations with the Parliament and Commission in reaching an agreement on new legislation.

As the ability to push forward agreements and implement new measures depends on so many other factors within the monolithic EU structure, what constitutes a successful presidency is hard to define.

The presidency will also have Brexit to contend with

But the presidency will also have Brexit to contend with, facing the possibility of the formal process being triggered in the next six months; the Prime Minister has said Malta is “geared to handle” the start of negotiations, and the government will look to play “an honest broker role” between the UK and the EU.

There are also crucial elections coming up in France and the Netherlands, and the ongoing spectres of migration and security threats to be navigated.

Ian Borg, the Parliamentary Secretary for the EU Presidency, has said: “We want to measure success by our ability to deliver political solutions in service of European citizens. We want our presidency to deliver tangible results, and we look forward to beginning the work.”

Priorities and what’s on the agenda

“It’s time to make the EU’s Single Market fit for the digital age, tearing down regulatory walls and moving from 28 national markets to a single one,” Economy Minister Chris Cardona said.

In practice, this boils down to three key priorities for the Maltese presidency: end mobile roaming charges, push forward the EU radio spectrum policy, and finalise negotiations on geo-blocking proposals. 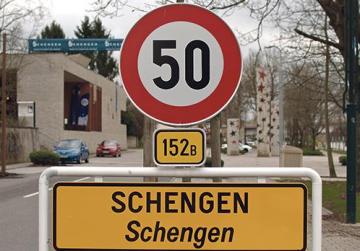 Malta wants to establish an EU Travel Information and Authorisation System to determine whether visa-exempt third-country nationals are eligible to travel to the Schengen Area. Photo: Shutterstock

The first is likely to prove the most straightforward, after an agreement reached last year set the stage for roaming charges to be eliminated by June, followed by the resolution of a contentious debate on wholesale data charges later in the year.

Ending geo-blocking, where websites prevent online customers from accessing pro­ducts or services from other Member States, could prove more difficult. An agreement within the Council was reached in November, but Malta will now have to try and conclude negotiations with the Commission and Parliament, where the issue is deeply divisive.

Malta will also try to reach an agreement within the next six months on a proposal for free Wi-Fi in all public spaces, and one to allow Europeans to access their online content across borders, as well as trying to make progress on copyright reform.

■ Reach agreements on migration and address instability in the south

Migration will once again be top of the agenda this year, as 2016 ended with news that some 5,000 people had died crossing the Mediterranean in the past 12 months, the worst annual death toll in history.

In the next six months, Malta wants to strengthen and streamline the Common European Asylum System, to distribute migrants more fairly among Member States, and attempt to finalise reforms of the contentious Dublin regulations, which lay down that the country in which asylum seekers first set foot is responsible for them.

The Council set June 2017 as a deadline for the Dublin reforms, but few think a consensus between wildly different positions can be reached by then.

“It is hard, but I am an optimist by nature,” Home Affairs Minister Carmelo Abela said last week.

Matters could be further complicated by defining elections in the Netherlands, where Geert Wilders’s anti-immigrant party is ahead in some polls, and France, with far-right Front National candidate Marin Le Pen one of the frontrunners, in March and April.

Malta has also made a focus on North Africa a key priority due to the threats of armed conflict, terrorism and political instability, and the contribution of all these elements to the migration crisis.

The presidency will try to highlight the EU’s role in the stabilisation and peaceful transition of Libya, efforts to resume the Middle East peace process and supporting the democratic transition in Tunisia, among other targets.

A ministerial-level conference on the Commission’s LGBTIQ road map will set the tone for Malta’s social policy agenda, with the government expressing its hope that the country’s experiences in the field “can rub off on our European partners”.

Violence against women is a key prio­rity, with the presidency seeking to improve information exchange and sharing of best practices to combat gender-based violence and hosting a dedicated conference in Malta in February. Malta will also try to break an impasse in the Council on a directive to improve the gender balance among directors of companies listed on stock exchanges, and to bring forward the Equal Treatment Directive, which has been on the table since 2011.

For the government, the next six months are also an opportunity to build on the work done domestically; Civil Liberties Minister Helena Dalli has singled out the pioneering Gender Identity Act as an advance to highlight and share.

Against the backdrop of the terror attacks on European soil last year, Malta is hoping to achieve significant progress on a number of initiatives to combat terrorism and shore up Europe’s external border.

Malta will also try to push maritime security, and the sector in general, further up the European agenda. A review of the Maritime Security Strategy, and its focus on migration flows, is top of the list, and a number of high-level events are planned on the subject.