The number of people registering for work in May was less than half what it was in May 2021, and the lowest in a decade, official figures show.

961 people were officially looking for a job in May, compared to 2,001 in the same month last year.

The National Statistics Office said unemployment decreased across all age groups for both men and women.

Men accounted for 71.7 per cent of those registering for work. 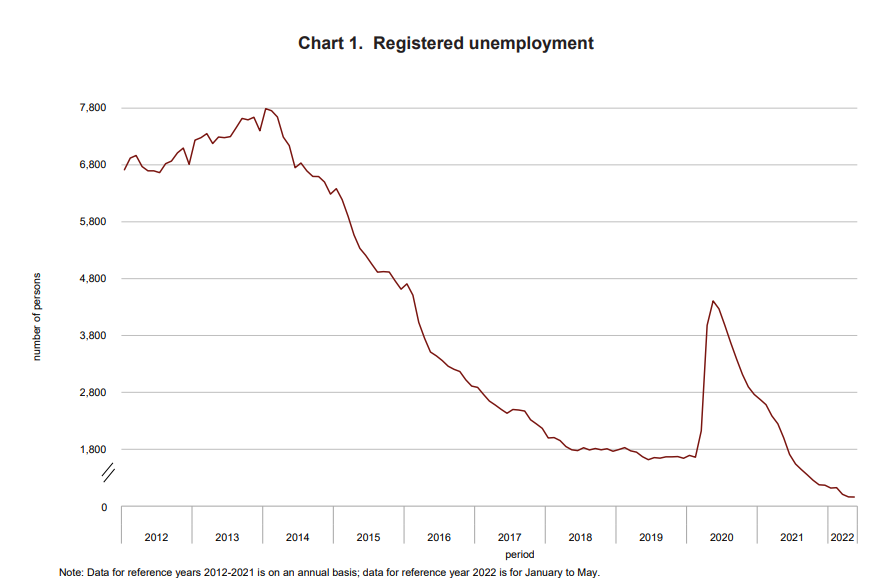 Employer organisations recently complained of a labour shortage and urged the government to ease paperwork associated with the engagement of foreign workers.

JobsPlus, the government agency that operates Malta's biggest labour office, said in its annual report last month that non-Maltese make up over a quarter of the total labour force on the island, reflecting f the government’s policy to import non-Maltese nationals to make up for gaps in the local labour supply.