Gozo’s only surviving Roman catacombs are facing a fresh threat as a development application to build a house on an adjacent site has been reactivated.

Conservation NGO Wirt Għawdex told Times of Malta that the planned development would block the entrance and the view of the catacombs at Għar Gerduf in Kerċem.

It also fails to respect a 100-metre buffer zone surrounding the historic remains.

Giovanni Zammit, of Wirt Għawdex, said the NGO was working on an objection to the development.

This is not the first time that the NGO has had to fight to preserve the catacombs.

Part of the area around the catacombs has already been expropriated to prevent further development attempts.

Some €400,000 was forked out by the government earlier this year to buy up parcels of land surrounding the area.

A source conversant with the site’s history questioned how the Planning Authority had even accepted the application. 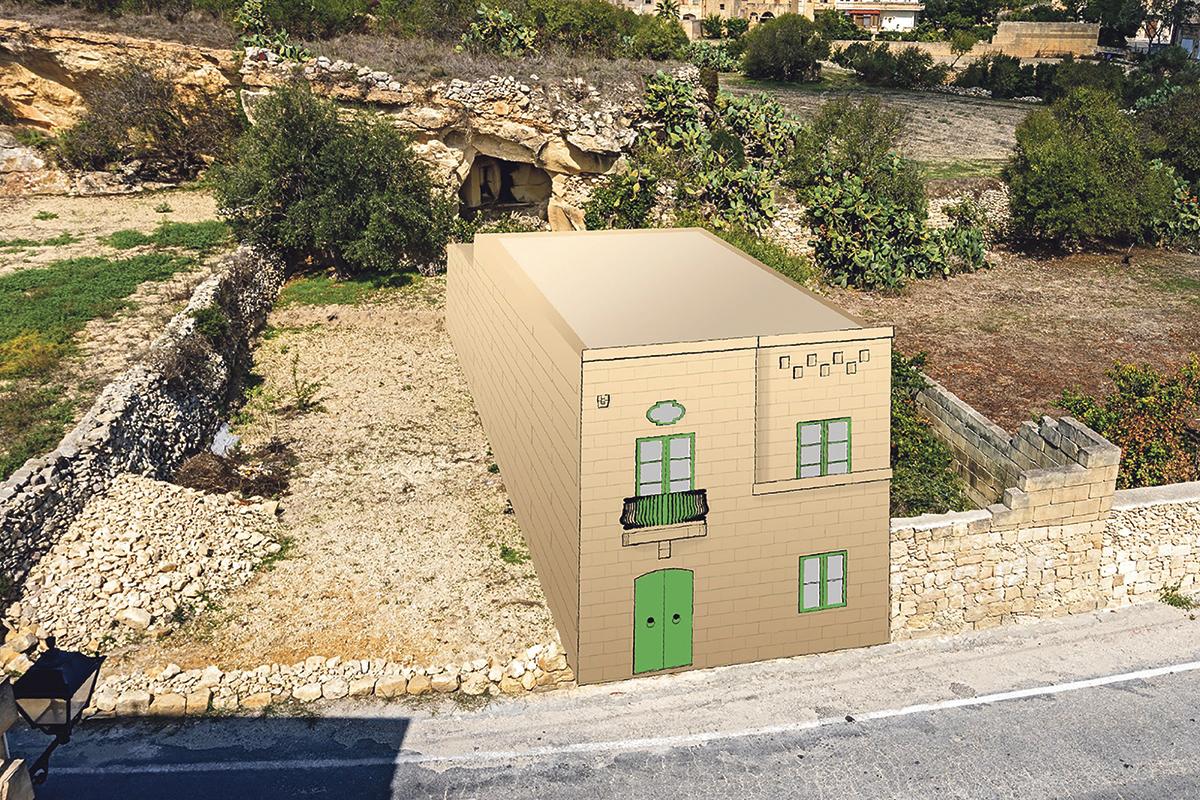 A photo montage, created by Daniel Cilia, a member of the Wirt Għawdex which opposes the plans, shows the planned house right in front of the catacombs (top).

“This is a definite no-go. How can you build a house right in front of the catacombs? Previously, attempts at developments around the historic site have been flatly rejected by the PA,” the source said.

Previous attempts to develop sites around the catacombs have courted controversy. Two years ago, the PA first granted a permit for the construction of a house in the vicinity then promptly withdrew it over a technical breach.

The Planning Board voted unanimously to revoke the permit due to an error on the data record, after it emerged that the archaeological classification of the site had been wrongly stated when the application was being processed.

Government records show that the site of Għar Gerduf and its 100m buffer zone were protected as a Class A category in October 2000, but the Planning Directorate instead assessed the site as a Class B archaeological area.