Thousands of people in five cities across Europe including Malta will party together on July 27 as part of a livestreamed Belgian electronic music festival.

UNITE Tomorrowland Malta, which takes place at the Marsa Sports Grounds, consists of a live stream of the main stage in the Tomorrowland mainstage in Belgium and of a 12-hour live performance of local and international DJs.

This international event will be held in Malta for the third time in as many years after two successful editions that that saw thousands of people hailing from over 55 countries.

Apart from Malta, Tomorrowland will be connected live with stages in Athens, Barcelona and Porto.

The DJ line-up for the event includes  Grammy-nominated Dutchman and world-famous DJ Armin van Buuren and Steve Aoki, who is also a Grammy-nominated artist who has collaborated with musicians including Linkin Park, Afrojack and Iggy Azalea, among others.

Vini Vici, David Guetta and Dimitri Vegas & Like Mike will be also performing through live stream from the Tomorrowland mainstage in Belgium. 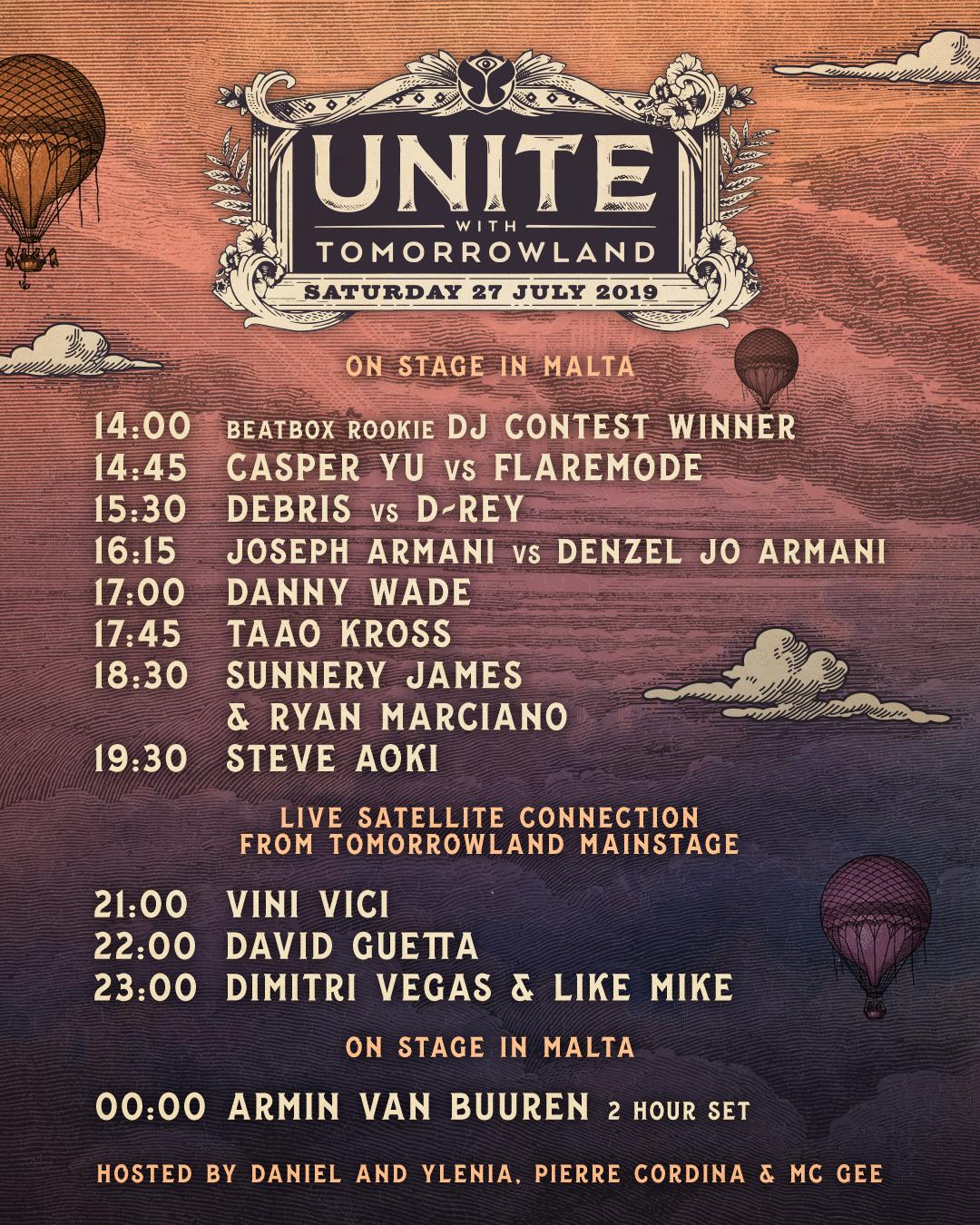