Enemalta chairman Frederick Azzopardi has flagged “evidence of unreliability and faults” in both the construction and operation of the new power station, the Times of Malta has learnt.

Sources said Mr Azzopardi wrote to Electrogas and the government in August, expressing Enemalta’s concerns about whether the new plant could guarantee the security of the country’s energy supply.

Mr Azzopardi said Enemalta was not yet aware whether this was down to “incompetence” by Electrogas or whether there were more significant underlying problems with the new plant.

The government has contractually bound Enemalta to buy energy from Electrogas for an 18-year period.

Former energy minister Konrad Mizzi had always pitched the new gas-fired power station as being vital to ensuring the country’s security of supply.

Mr Azzopardi said he was not willing to cut off Malta from the Sicily interconnector in order for Electrogas to carry out certain tests as that would endanger the security of supply, the sources added.

This newspaper reported in June that Enemalta was still buying most of the electricity required through the interconnector to Sicily despite the €450-million gas-fired power station that opened in April.

Mr Azzopardi’s concerns came after what he described as “three incidents of unavailability in a mere span of 15 hours” from the new plant.

No public communication has so far been made by the government or Enemalta about the “unreliability” of the Electrogas plant, as flagged by Mr Azzopardi.

“Enemalta is not yet aware whether this is a matter of incompetence on the part of EGM [Electrogas] or whether what have been described as ‘minor issues’ with the facilities are, in fact, significant problems which EGM has not yet been able to address and resolve,” Mr Azzopardi reportedly told the government.

He said Enemalta was uninterested in the underlying reasons for the “unavailability” of the Electrogas plant because its only interest was that any faults were identified, addressed and resolved in the shortest time possible.

Electrogas is a consortium between local businessmen, Siemens and the state-owned Azerbaijan company Socar, which supplies the liquefied natural gas.

“The current state of affairs continues to be of significant concern to Enemalta since there is absolutely no evidence of reliability of the facilities – on the contrary, there is evidence of their unreliability and faults in both construction and operation,” Mr Azzopardi wrote. 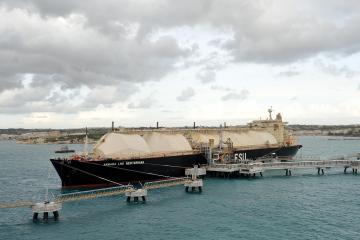 He said that while Enemalta was reserving all its rights and remedies in terms of the agreements signed with Electrogas, it was also formally requesting that Electrogas commission an independent engineer to investigate, identify and draw up a report on matters that had caused the tripping, malfunction or other unavailability of the facilities.

He declared he would only give the go-ahead to certain testing of the Electrogas plant once Enemalta was satisfied the facilities could be operated in a “continuous, safe and reliable basis without any trips, faults and/or other incidents”. This not to further prejudice the security of supply if the Enemalta grid was isolated from Sicily, he said.

Mr Azzopardi decided to bring the matter to the government’s attention as it was a matter of “national importance and concern”, the sources pointed out.

An Enemalta spokesman said when contacted about the matter that technical difficulties were inevitable in every infrastructure.

He said Enemalta sought to ensure it had adequate levels of redundancy through the availability of alternative sources - which was why it implemented its long-term transformation of the country’s energy mix, including the new gas-fired plants, the interconnector, grid-connected renewables and gasoil-fired plants as standby and emergency capacity.

“This energy mix provides Malta with sufficient redundancy levels to ensure that if a large source is unavailable, Enemalta would still have the necessary capacity to meet the country’s energy requirements, even at times of peak demand,”  the spokesman said.

The Times of Malta reported earlier this week that the government twice secretly extended a €360 million State guarantee to allow Electrogas to continue drawing from a €450 million loan it took out from four banks, including Bank of Valletta.