Unvaccinated people make up around 90 per cent of newly-detected COVID-19 cases and two patients currently in hospital have both not taken a vaccine, health minister Chris Fearne said on Monday.

Fearne said that vaccination appeared to have broken the link between new cases and hospitalisation, with the number of people admitted to hospital for treatment having fallen significantly.

One patient is currently in Mater Dei's intensive treatment unit while another is in another hospital ward. Both are unvaccinated. A third person who was hospitalised last week was also not vaccinated, because she was pregnant.

Vaccination was also important to ensure that those who cannot receive a vaccine for whatever reason are as protected as possible, the minister added.

The 90 per cent figure that Fearne cited was derived from data accumulated over the past 10 days.

77 per cent of adults fully vaccinated

Vaccination is currently open to children aged 12 to 15, with Fearne saying around three out of four children who have received a vaccination appointment have already received an initial dose.

Malta’s vaccination programme will expand to allow for walk-in patients as of July 19, Fearne said.

The walk-in centres will be open to any resident of Malta or Gozo who has not yet received a vaccine.

People will need to show an identity document or utility bill to prove that they are local residents.

Around 40 per cent of new cases imported

Around 40 per cent of newly-detected cases have been classified as imported, the health minister said.

Fearne said the increase was a "small" one but that authorities were keeping an eye on it.

No new cases of the Delta variant have been detected since a second such case was reported last week, he said. One of those patients has since recovered.

Malta is now on the cusp of having carried out 1 million swab tests throughout the pandemic, he added.

EU COVID Pass to be fully integrated by July 15

Fearne also spoke about an EU-wide COVID pass system that allows passengers to prove that they have been vaccinated, tested or previously infected with COVID-19.

Malta joined the EU-wide system last week, although it currently only shows a person’s vaccination history. Fearne said that the system would be equipped to show PCR testing history as of next week, with details to follow. 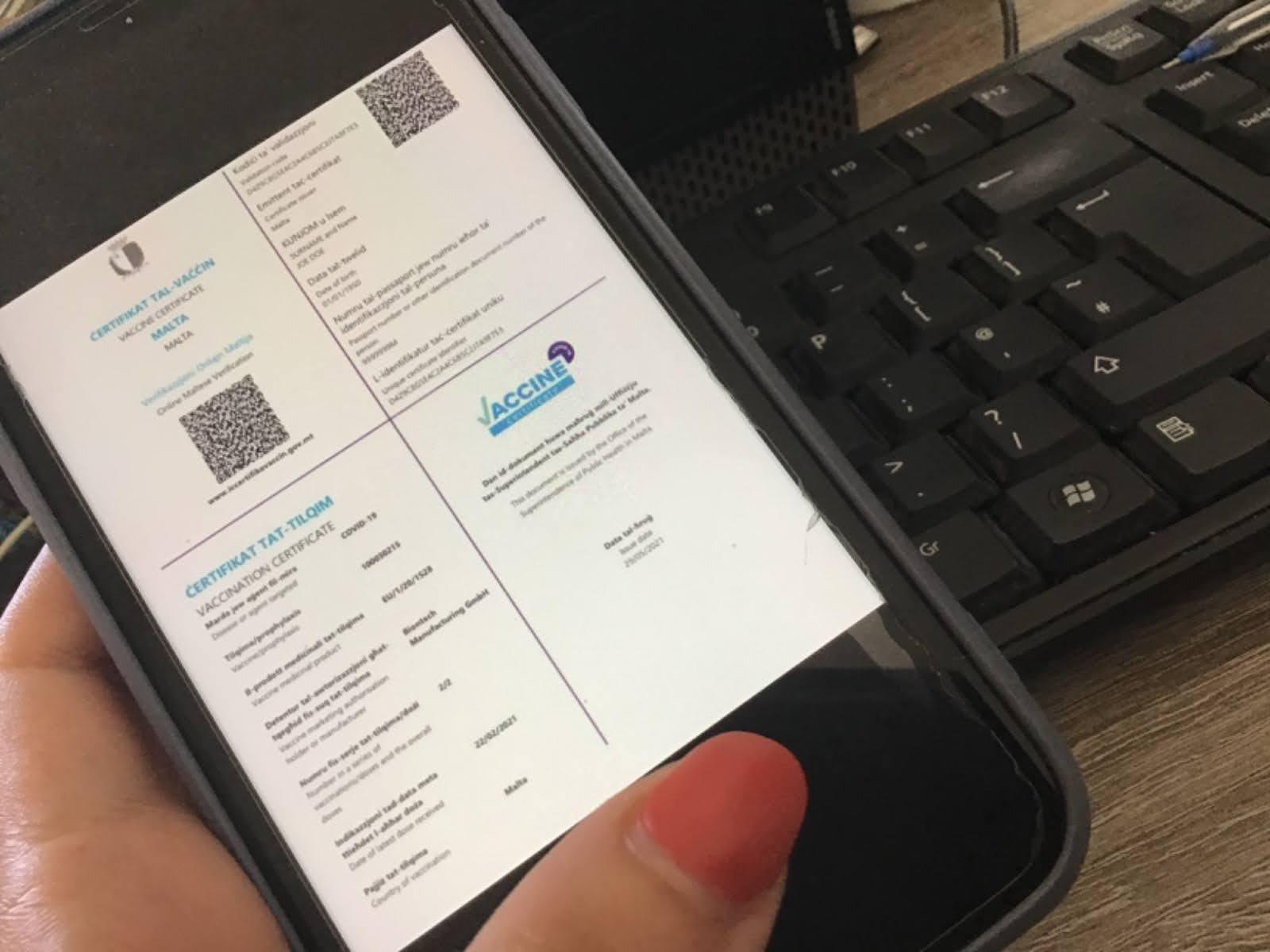 "As of July 15, it will be possible to download the certificate to show whether you have had a PCR test in the past 72 hours or been previously infected with COVID," he said.

Staff at the Malta International Airport are equipped with the QR code scanners they need to digitally verify vaccine certificates, he reassured. Problems related to the verification of UK COVID passes last week were related to this, he said. Those problems have since been resolved.

A passenger locator form that must be completed by all travellers can now be filled in online, he added. Travellers can fill the form in digitally by accessing https://app.euplf.eu.

Parliamentary secretary Alex Muscat said that security for Malta’s vaccine certification system has been beefed up to bring it in line with EU requirements for the EU COVID pass system.

“The primary concern was security – to ensure that the certificate cannot be tampered with or falsified,” Muscat said, noting that some other EU countries have already identified and reported such attempts.