The Labour Party has won control of Floriana and Munxar local councils despite vote gains by the Nationalist Party in most of the local council elections held today-week.

The PN gained votes in almost all the localities in Malta where the elections were held, but it slipped in Gozo.

Prime Minister Joseph Muscat said Labour had won an overall majority of 54% of the vote. (Later officially corrected to 53.2%). The PN said it had almost halfed a 17% deficit it suffered when the same elections were held in 2012.   (See separate story)

The Labour Party won its first ever majority in Munxar local council in Gozo while the PN appears to have held on to Siggiewi, which it was in danger of losing, according to early projections.

PN Deputy leader Beppe Fenech Adami in comments to Net TV said Labour had won these elections by 17% in 2012. This time it appeared that the PN made some losses in Gozo but made gains in 20 localities including Zurrieq and Paola, both Labour strongholds. He cautioned, however, that these were preliminary results..

Labour retained the majority in Gozo which it won at the last general election. It won Munxar by 53% of the vote to 42%, overturning a PN majority of the same margin.  It also increased its majority in Qala and retained Xaghra. Nadur remained too close to call. 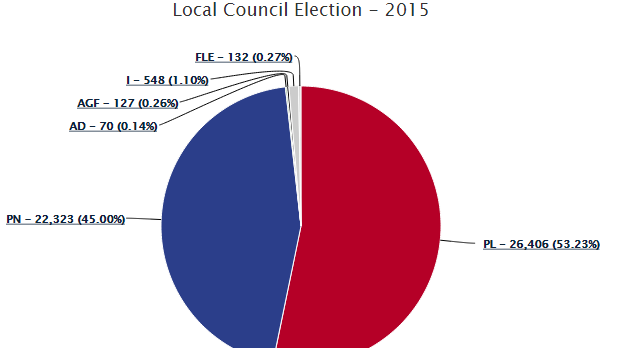 There is still a very close race for Nadur, which the PN has held to date. Labour so far has seen a gain of 7% although the PN has a slight edge.

The PN increased its vote in Safi but Labour kept its majority. The mayorship has shifted between the parties in the past. 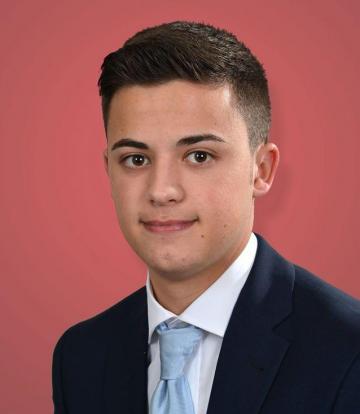 Labour saw a sharp decrease in votes in Kirkop, where former Labour mayor Mario Salerno contested as an independent. It however retained its majority with 18-year-old Terence Agius set to be mayor. He is not the first 18-year-old to be mayor, Ian Borg (now parliamentary secretary) was similarly elected some years ago in Dingli.

The PN retained Iklin and Gharghur, while at Floriana, as in previous years, neither party appears to have won a majority.  Anthony Dalli will remain mayor of Iklin, where the PN made a gain of 1%.

Labour, as expected, retained Senglea. It also retained its large majority in Dingli despite a 6% gain by the PN. It is the same story at Sta Lucija where Labour won but the PN was up 5%.

The PN retained Swieqi and Balzan, increasing its majorities by some 9%. Noel Muscat is expected to remain mayor of Swieqi. Ian Spiteri will be the new mayor of Balzan.

Luqa is expected to stay Labour, although the PN increased its votes by 2%.

Labour retained Marsa and gained 8% but the PN also gained 4%.

In Vittoriosa, John Boxall won a sixth term as Mayor as Labour retained this bastion of support.

Labour also kept Birzebbuga and Gzira although the PN made gains in both. Paola also remained Labour, but the PN gained just over 4%.

In Marsaxlokk the PN was up by between 7% and 9% although Labour retained its majority. The PN gain in Paola, another Labour stronghold, was 8%, according to indications.

The PN gained 10% in St Julian's where it had a majority. Former MP Karl Gouder is expected to be the new mayor.

Labour retained Hamrun but the mayor will be changed, Vince Bonello having been outvoted by Christian Sammut

PN sources said the PN gained 3% in Qormi and 4% in Attard.

Vote-counting in the large localities such as Mosta and  St Paul's Bay is still in its early stages. However PN sources said the PN had gained 5% in St Paul's Bay and the PL was down 5%.

In Mosta, the PN appeared to have gained 4% and Labour was down 1%

See the results in full at http://electoral.gov.mt/elections/LocalCouncils