A fierce storm forced a suspension of operations at the airport, Gozo Channel and Malta Freeport, uprooted trees and caused a traffic nightmare this evening.

Several cars were damaged as trees were uprooted and walls were demolished in Qormi and Floriana, among other locations.

Several electricity poles were brought down and there was a blackout in Rabat, Mgarr, Bahrija and Mtahleb and parts of Mellieha, Bugibba and St Paul’s Bay.

Enemalta said the wind brought down overhead power lines and damaged poles and other equipment.

Engineers were assessing each case and restoring supply as quickly as possible. Additional teams of workers were called in and priority was given to damage which posed a danger.  In some cases, supply cannot be restored before the weather conditions are safe enough for workers to repair the damages.

At the airport, operations were suspended in the early evening until 9p.m., with the authorities struggling to restore the schedule as quickly as possible.

Flights from Catania, Vienna and Zurich to Malta were grounded until the weather improved. A flight from London was diverted to Catania. A flight from Malta to Catania and two flights to London were delayed. 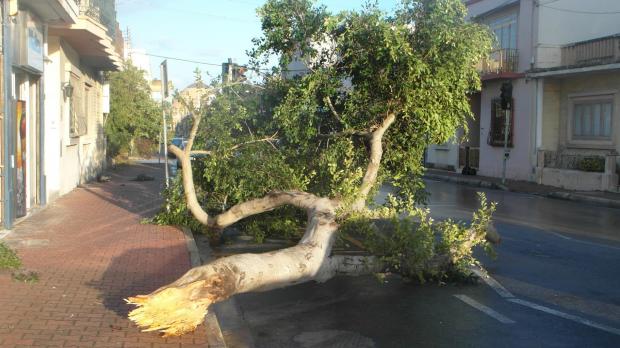 Meanwhile, the police said uprooted trees were obstructing Vjal l-Indipendenza in Mosta, Vjal Sir Paul Boffa in Paola, the Ghaxaq Bypass as well as the street  near Satu in Mtahleb.

Many cars stalled in flooded streets in low lying areas, particularly Msida as well as Birkirkara and even a stretch of the Birkirkara Bypass.Traffic jams were reported all over the country because of the flooding, uprooted trees and overturned signs or billboards.

The Marsa race course tent ended up in Triq it-Tigrija and the road had to be closed to traffic.

The police advised motorists to avoid low-lying areas due to flooding caused by the ongoing thunderstorm.

Bad weather was also been reported in nearby Sicily and Libya.

The Meteorological Office said the storm was expected to last into the night, with a strong wind and isolated showers tomorrow (Saturday).

A similar cyclone had formed over Malta back in 2011. 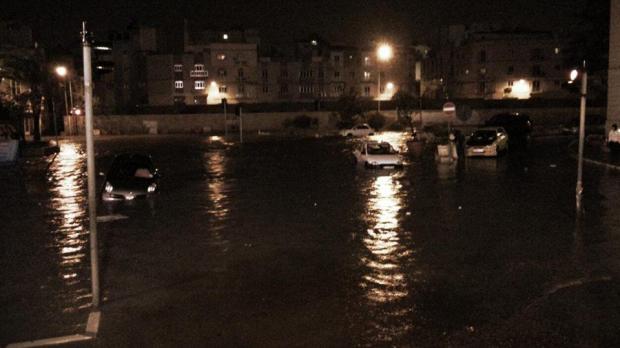