An Italian couple dashed onto the airport apron yesterday in a bid to stop a Ryanair aircraft leaving for Italy without them, a court heard today.

The court heard that it took Matteo Clementi, 26 and his 23-year-old partner Enrica Apollonio almost two hours to get to the airport from their Paceville hotel. They checked in and ran towards the gate but the hostesses refused to let them in because the gate had been closed. 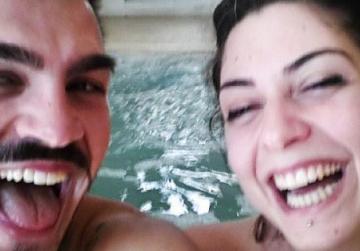 So they went to the next gate, forced open the security door, ran down to the apron and began signalling to the pilots to let them onto the plane. The plane was still parked but its engines were running and the stairs had been removed. The two were arrested by security staff who ran after them.

In court the young Italians admitted to entering the restricted zone at the airport without authorisation.

Defence lawyer Roberto Montalto explained that the couple arrived late at the airport because they had spent an hour and 45 minutes travelling from Paceville. "Everyone knows what caused the delay," he joked, alluding to the traffic problems in various parts of the island.

Prosecuting inspector Silvio Magro said that the court had, in the past, imposed fines over less serious security breaches.

According to the Airports and Civil Aviation Security Act, fines starting from €2,329 or imprisonment of up to two years, or both, could be imposed by the court.

Dr Montalto argued that his clients had no money to pay the hefty fine so requested the court to impose a suspended prison term given that they were first time offenders and also because the plane departed on time so no civil damages were incurred.

He also noted that yesterday was Ms Apollonio’s 23rd birthday, and that she had been looking forward to celebrate it with her family "but instead spent it in a cell".

But Inspector Magro objected to a suspended sentence, saying that it would send a message that airport security breaches are treated lightly in Malta.

She also accepted Dr Montalto's request for the fine to be paid in instalments.

Malta International Airport in a statement said the passengers in question breached one of the emergency fire doors in order to access the apron.

It said their their actions were beyond the airport (company's) control and did not result from any negligence on behalf of MIA security staff.

"MIA staff and partners responded to this situation immediately and effectively, ensuring that the passengers were apprehended and passed on to the police. MIA regrets that a holiday to Malta had to end in this way but reminds passengers that safety and security are of the utmost importance at any airport and such issues cannot be dealt with lightly," MIA said.