A Holm Oak outside Upper Barrakka gardens that was chopped down last week had been dying and was in danger of falling down, the Environment Ministry said on Wednesday.

The tree, which dated back to World War II, was chopped down without notice a few days ago without warning. 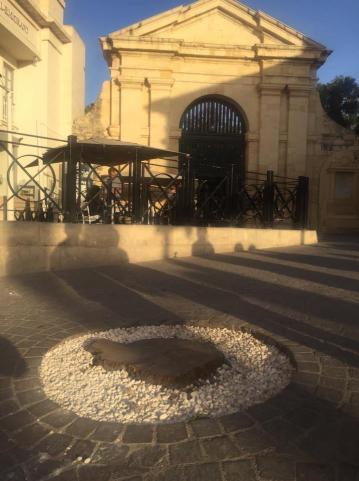 When asked to explain the removal, the Agriculture Parliamentary Secretariat had told Times of Malta that the tree was removed due to "damage to its main trunk and branches" which made it a danger to passers-by.

The environmental regulator provided a similar reply, though it has so far failed to provide a copy of the permit issued allowing authorities to cut down the Schedule II protected tree.

On Monday, Valletta mayor Alexei Dingli told the Times of Malta the council had not been informed of the tree's removal and was then told it had died.

The Environment Ministry has now issued a statement of its own about the tree, saying that officials from the Malta Embellishment and Landscaping Projects (Melp) and the Environmental Landscape Consortium had monitored the tree for around a year-and-a-half before making the decision to remove it.

In its statement, the ministry said that the tree had been sick and deteriorating fast, especially following strong winds in the past weeks.

Experts had indicated that its trunk was hollow, and a pruning permit application that had been submitted to the Environment Resources Authority (ERA) was revised to request permission to remove the tree as it had become a danger to people, the ministry said.

Five other trees will be planted in the area as compensation, the ministry said, and at the request of Environment Minister Jose Herrera, the Holm Oak will be replaced with another mature tree.

The ministry pointed out that as the place was frequented by thousands of people every day, safety had to be given priority.