Corruption investigations in Malta are under close scrutiny by the United States, a US embassy official told Times of Malta.

Commenting in the wake of a US travel ban slapped on former government members Keith Schembri and Konrad Mizzi, the embassy official said the US will continue to monitor the investigation into corruption in Malta “closely”.

The embassy official said all allegations of corruption are taken seriously and the travel ban shows the American government is willing to act on corruption.

A public announcement by the US State Department on Wednesday saw the travel ban being imposed on Schembri and Mizzi due to their involvement in “significant corruption”.

The ban means neither the two former officials nor their close family members will be able to travel to the US.

Schembri and Mizzi have yet to face any action by the Maltese police for alleged corruption in the award of massive public projects. 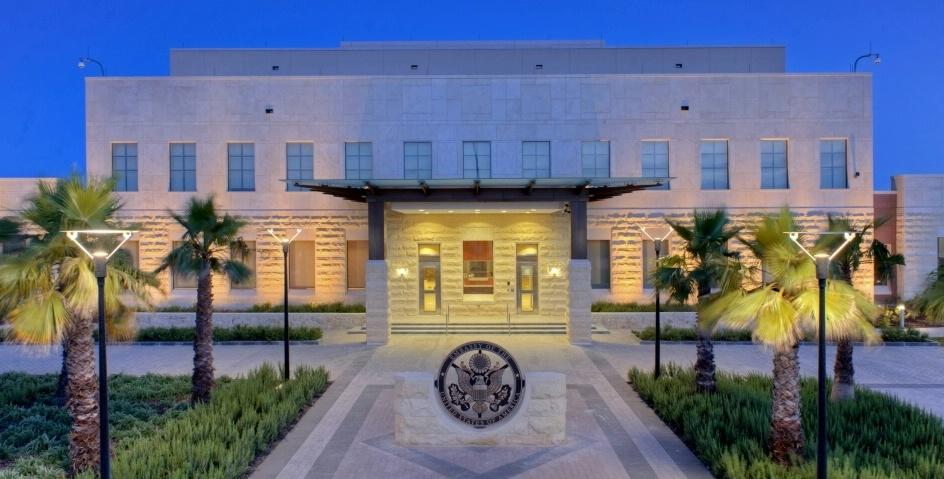 The US embassy in Malta. Photo: US State Department.

Price pointed towards “credible information” that Mizzi and Schembri were involved in a “corrupt scheme” that entailed the award of a government contract for the construction of a power station in exchange for kickbacks and bribes.

“Their actions undermined rule of law and the Maltese public’s faith in their government’s democratic institutions and public processes,” the State Department spokesperson said.

Times of Malta and Reuters, in November 2018 detailed plans for the pair to receive up to $2 million in a single year from 17 Black and Macbridge, two companies owned by figures with ties to energy projects in Malta.

It was revealed that 17 Black is owned by Yorgen Fenech, a former director of the Electrogas consortium behind the power station project.

Macbridge is, in turn, owned by the mother-in-law of Chinese national Chen Cheng, who was involved in the Montenegro wind farm project and the €320 million part buyout of Enemalta by Shanghai Electric Power.

WhatsApp messages have shown both Schembri and Mizzi enjoyed a cosy relationship with Fenech, who is awaiting trial over alleged complicity in journalist Daphne Caruana Galizia’s murder.

He denies the charges.

Both Schembri and Mizzi stepped down in the wake of Fenech’s arrest in November 2019.

The ban was carried out under a separate legal mechanism than the one used for Schembri and Mizzi.

It was not made public as Fenech is considered to be a private individual.

Schembri and Mizzi were sanctioned under what is known as section 7031(c), a tool that allows the State Department to ban foreign officials when credible information exists about their direct or indirect involvement in significant corruption and or human rights violations.

According to information on the State Department’s website, 149 people have to date been publicly banned from travel to the US under the 7031(c) provision.