A US woman, who was denied a request to terminate a non-viable pregnancy while holidaying in Malta in June, has initiated a legal battle against the country's blanket ban on abortion.

Andrea Prudente is calling on the court to declare that the law is in breach of human rights.

Through her lawyer Lara Dimitrijevic, Prudente filed the case in the First Hall of the Civil Court, in its constitutional jurisdiction, against the Attorney General, the Health Minister and the Parliamentary Secretary for Reforms and Equality.

Prudente's case made global headlines in June when she had to be airlifted from Malta to a Spanish hospital for a termination denied to her by Maltese doctors.

She is arguing that the Maltese government failed in its duty to provide safety and dignity by allowing a law that placed a blanket ban on abortion.

This placed her life at risk and subjected her to inhuman and degrading treatment.

Prudente stressed that ending the wanted pregnancy was very difficult for her and her partner, Jay Weeldreyer.

In an interview with Times of Malta in June the couple said they had already picked a name for their baby girl - Claire - and the loss was heartbreaking to them.

This was a traumatic experience that was long drawn out due to Malta’s blanket ban on abortion and, Prudente is claiming, she is still suffering the repercussion of the horrific ordeal she and her partner had to go through.

The couple’s ordeal made international headlines after Prudente suffered the symptoms of a miscarriage, including heavy bleeding, when she was 16 weeks pregnant.

The couple, who live in the Pacific North West close to Seattle, US, were in Malta for a babymoon at the time.

On June 16 they were told there was no fluid “and the baby is going to die” and were admitted to Mater Dei Hospital where Prudente was kept under observation.

The couple’s request for the pregnancy to be terminated due to the risks of maternal infection was turned down and they remained in hospital for a week. 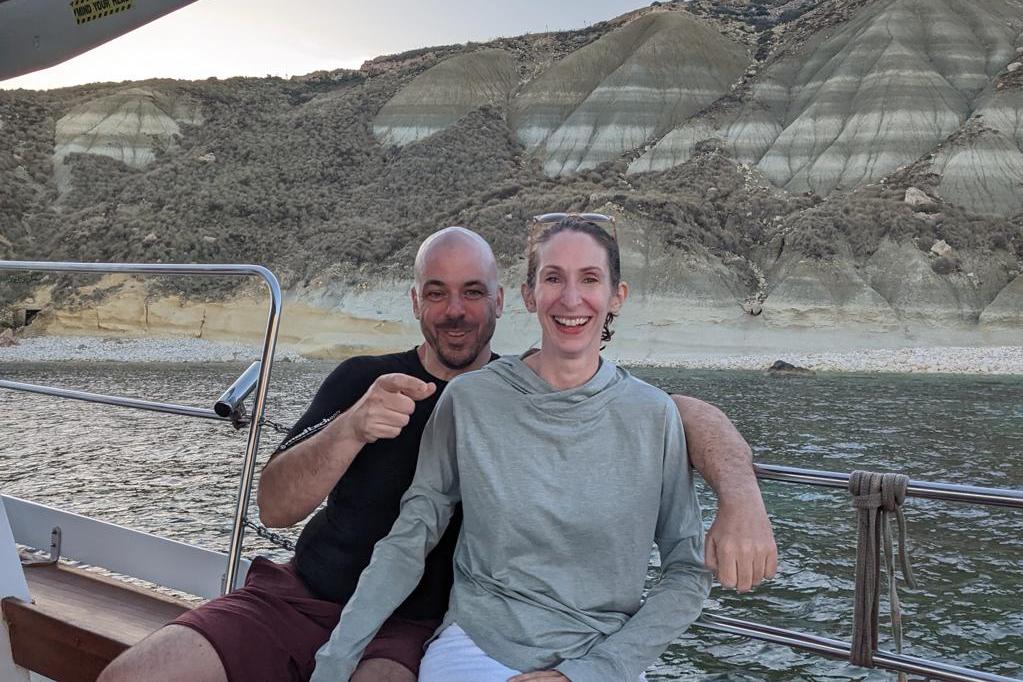 Infection can go through ruptured membranes, into the uterus, then into the blood leading to death.

But doctors, whose hands are bound by the law, could not terminate the pregnancy, telling Prudente they could only intervene if her life was at imminent risk.

After her travel insurance deemed their case “life-threatening”, they were airlifted to Mallorca.

The procedure, which involved a medical termination and labour being induced, was carried out there and the couple were discharged.

Speaking to Times of Malta soon after the procedure the couple said: “This was… inhumane and we want to do what we can to prevent it ever happening again. We intend to sue."

On Thursday they initiated the legal battle to change Malta’s law.  Malta is the only EU country that has a total ban on abortion in all circumstances. In Malta, the termination of unviable pregnancies where a heartbeat is still detected is delayed until the woman’s life is deemed to be at risk because abortion is illegal under all circumstances.

This is where the principle of ‘double effect’ comes into play. According to this principle, it is sometimes acceptable to cause harm as a side effect of bringing about a good result.

So, a doctor would intervene with the sole intention of saving the mother’s life and the death of the unborn foetus or embryo is considered an undesired consequence of the intervention to save the mother.

At the root are articles 241 and 243 of the Criminal Code. Article 241 states that: “Whosoever, by any food, drink, medicine, or by violence, or by any other means whatsoever, shall cause the miscarriage of any woman with child, whether the woman be consenting or not, shall, on conviction, be liable to imprisonment for a term from eighteen months to three years. The same punishment shall be awarded against any woman who shall procure her own miscarriage, or who shall have consented to the use of the means by which the miscarriage is procured.”

Article  243 states: “Any physician, surgeon, obstetrician, or apothecary, who shall have knowingly prescribed or administered the means whereby the miscarriage is procured, shall, on conviction, be liable to imprisonment for a term from eighteen months to four years, and to perpetual interdiction from the exercise of his profession.”

In the court case, Prudente is claiming that the two articles are in breach of a range of fundamental human rights.

They constituted a breach of her right to freedom, protection of right of life,  right to respect for family life, protection from inhuman treatment and discrimination on the grounds of gender as laid out in Malta’s Constitutional and the European Convention of Human Rights. She also called on the court to liquidate the damages she suffered.

The legal development comes ahead of a pro-choice rally due to be held at 2pm in Valletta on Sunday. It is organised by Young Progressive Beings, Parents for Choice Malta, Doctors for Choice, Women's Rights Foundation, Voice for Choice and Men against Violence.