Valletta was once again under siege, not from the Ottoman empire or the Nazi Luftwaffe, but from unruly developers, residents warned this morning.

"Valletta has withstood many a siege, let it not fall under the pressure of a handful of business interests and a lack of political will to save it. What the Luftwaffe didn't manage to do with bombs should not be done with cranes and construction workers,” resident Reuben Grima said.

He was speaking during a press conference organised by the Valletta Local Council together with NGOs, Din L-art Ħelwa, Friends of the Earth, and the Valletta Alive Foundation, to call for the government to intervene in the "regeneration gone wrong".

Dr Grima has been a leading voice against Valletta over development, speaking out against a number of projects he feels will negatively impact the capital.

Last month Times of Malta reported how construction magnate Anglu Xuereb had to halt works on his Valletta hotel after planning authority officers noticed a series of irregularities related to the development of an extra floor. The case had been flagged to the authority by Dr Grima numerous times.

Council was being flooded with complaints from residents over construction works

During the press conference, Valletta mayor Alexiei Dingli said the council was being flooded with complaints from residents over construction works which many felt were ruining the capital city.

Some 3,000 construction-related permits had been issued on Valletta last year alone, he said.

Illustrating the gravity of the situation, Prof. Dingli said that moments before the start of the press conference he had received an SMS from a developer warning him to weigh his words when speaking to the press.

“This is the situation we are in today, where developers message mayors telling us how to speak,” he said, adding that the council had sent out 15 objections to  the planning authority about a number of projects in recent weeks. 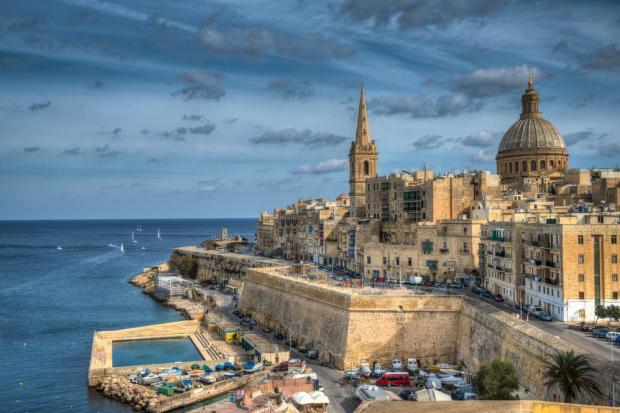 John Ebejer form the Valletta Alive Foundation insisted “regeneration is not a business”. This was being done at the expense of residents, resulting in many leaving the capital.

“People may be coming to live here, but this does not account for the trend of long standing locals leaving. The exodus is a result of the increased difficulty with living in Valletta,” he said.

Maria Grazia Cassar, president of Din L-Art Ħelwa, pointed to the UNESCO World Heritage Committee which in 2009 had called for the establishment of a development buffer zone in Valletta to maintain its status as a unique heritage site. The UN body had also called for clear height restriction policies to be developed. These, she said, had both not been done and the Valletta skyline was not protected.

The capital's skyline was also under threat from massive construction projects outside of Valletta. The planned construction of towers in Sliema would also forever change the view of Valletta.

The NGOs together with the local council have written an open letter to the prime minister calling for urgent action to safeguard the capital city's outstanding universal value.

In a reaction to the press conference, the Planning Authority issued a statement insisting that it "does not compromise on the thorough scrutiny [of] all proposed development applications" for Valletta.

The PA said that it had put five projects in the capital city on hold while it sought feedback from the International Charter on the Conservation and Restoration of Monuments and Sites and had also postponed a decision about installing a panoramic lift at the Mediterranean Conference Centre until UNESCO experts had their say.

In its statement, the PA also said that enforcement action had been escalated in the case concerning Mr Xuereb's boutique hotel on Merchants Street.

The developer, the PA said, had initially breached the enforcement notice and the PA had subsequently imposed a daily fine, evacuated all tools and machinery from the site and sealed the property to ensure works did not resume.