Owners of boutique hotels and high-end apartments as well as residents in Valletta are concerned a new law permitting music to be played outside until 1am will continue turning the capital city into a nightlife hub and away from the classy World Heritage centre it is meant to be.

The legal notice extends the time music can be played outdoors up from 11pm, but property owners say this was already the case and that the illegality now had the stamp of approval.

The fact that loud music past 11pm has been going on for a while meant the recent legal notice, exempting establishments in seven busy streets from this curfew, was not really going to make matters worse.

What it did mean, according to the owners, was that people who were disturbed by the loud music would no longer be able to call the police – and while the exercise of reporting this often proved futile, it was now no longer a form of redress, aggravating the situation in this sense.

The legal notice states that “no music can be heard outdoors after 1am” in Merchants, Old Bakery, Old Theatre, Republic, South, St Lucia and Strait streets.

Grech, owner of Valletta apartments, pointed out that St Lucia and Merchants Streets crossed from one side of the capital to the other and were still residential in parts.

This meant even smaller establishments in the residential areas of the popular street would be allowed to play music later.

Grech said a bar in the vicinity of one of his apartments had been playing loud music “senselessly” – pumping bass and all – for ages and past 11pm, sometimes running into the early hours and without any soundproofing.

Elderly people lived right across, and the noise could also be heard streets away, with other residents complaining too, he said.

Each time the police left the bar after a report was filed, the music would go back up, or the shutter would come down and it carried on, he said, admitting that guests have complained and sometimes left for quieter areas.

Fines have not been a deterrent and threats were levelled at those who resisted, he said.

Although the legal notice states “the volume of such music shall be kept at a moderate level”, no legal limits on the sound levels are outlined.

“I was hoping there would be more legislation to control the levels of music and time, and more fines for establishments that abuse, but it looks like we are going in the opposite direction,” Grech said. 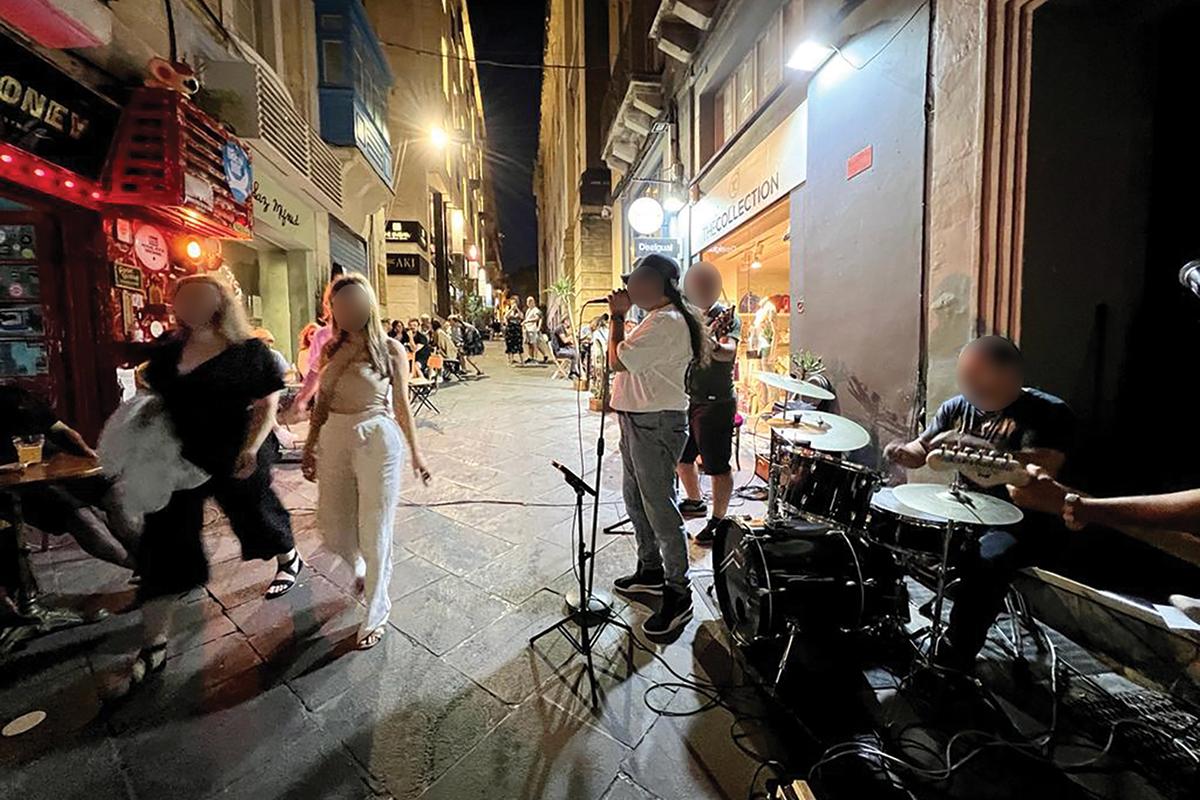 The updated law positions the capital alongside the three entertainment hotspots of Paceville, Buġibba and Qawra for the first time.

Not a party destination

The updated law positions the capital alongside the three entertainment hotspots of Paceville, Buġibba and Qawra for the first time.

While the hotel and apartment owners who spoke to Times of Malta said their guests had not necessarily complained about noise – also because they were located outside the busier streets – they acknowledged this was not the direction they wanted to see Valletta going down.

The owner of a number of boutique hotels said that although his properties were not directly affected by the legal notice because they were away from areas with establishments, he did not relish the idea of Valletta being a nightlife district.

Ideally, the choice of establishments remained primarily wine bars and fine restaurants, which is what guests sought, rather than a party destination.

But there was also talk of nightclubs and strip joints sprouting in the city, he cautioned.

While the nightlife should be contained in a particular area, the owner conceded that would be hard to achieve, calling for a “certain class and type of establishment” to be retained, and saying loud bars were simply out of place.

“Can you imagine Mdina with bars?”

Valletta was now moving in that direction, and this would not be reversed, he maintained, adding there was “a fine line to ruin the gem”.

Noise just one of the nuisances

But noise seems to be just one of the “nuisances” that came with commercial operations in Valletta as the city veers towards Paceville status.

The dirt and rubbish were also plaguing the city built “by gentlemen for gentlemen”, with people urinating in public, leaving bottles by skips, and two-metre-high piles of garbage spotted on street corners on early-morning walks.

While hotels were governed by stringent rules about garbage storage and abided by them, this was not necessarily the case for small bars and restaurants, the boutique hotels owner said.

The owner of two high-end rental properties was equally frustrated: “I invested a lot in my apartments. But the restored interiors lead onto one big mess in the streets.”

Speakers were playing blaring music outside various establishments even during the day, creating a disturbing cacophony of sounds when this could be organised, he said.

“They are not even playing good, appropriate music, but rubbish; then round the corner, there is live band too to add to the din.”

In some areas, there was live music playing in two adjacent bars with overlapping sounds, it was noted.

The owner said Valletta had been deteriorating over time and that new permits were almost akin to the Paceville scenario even though “Valletta is not Paceville”.

Investment in Valletta was changing, with a focus on “the cheap and the chirpy”, while bad smells wafted through the air.

The owners acknowledged that Valletta residents were the most affected by the noise and were becoming more anti-business as their property prices were impacted.

Excessive noise due to more establishments in Valletta has irked residents for years and no one listened to them.

Valletta mayor Alfred Zammit did not comment on the situation, but the former deputy Chris Micallef weighed in, saying “the residents, today, are disappointed because their local council is not defending their rights”.

PL councillors were silent and nowhere to be seen on the issue of music and other sensitive issues that hit residents most, he said, adding that no consultation was held on the legal notice.

Micallef believed in “striking a balance”, which, admittedly, was easier said than done. But the drastic overnight change in times was about “imbalance”.

He has asked the local council for an urgent meeting and requested the government to withdraw the legal notice immediately and start discussions with the councillors.

“Failing that, we would be here for nothing, and we can just all resign,” he said.

In recent months, the local council had started dishing out permits for amplifiers to be used outdoors on a regular basis, raising concern among residents that the issue could soon get out of control.