A soup kitchen in Valletta has launched an app that would allow supermarkets to donate unsold produce to NGOs instead of throwing it away.

Businesses can upload information about food that is still good for consumption on Save the Food, including details about its shelflife. NGOs will then be able to collect the produce.

The mobile app was launched on Friday afternoon by Soup Kitchen OFM, which opened its doors to homeless people last August.

In just four months, the soup kitchen, which is tucked away in St Ursula Street and is run by Franciscan Friars, served more than 30,000 meals to 8,600 guests.

There, guests are offered breakfast, lunch, packed meals for supper, shower and laundry facilities as well as psychiatric support. 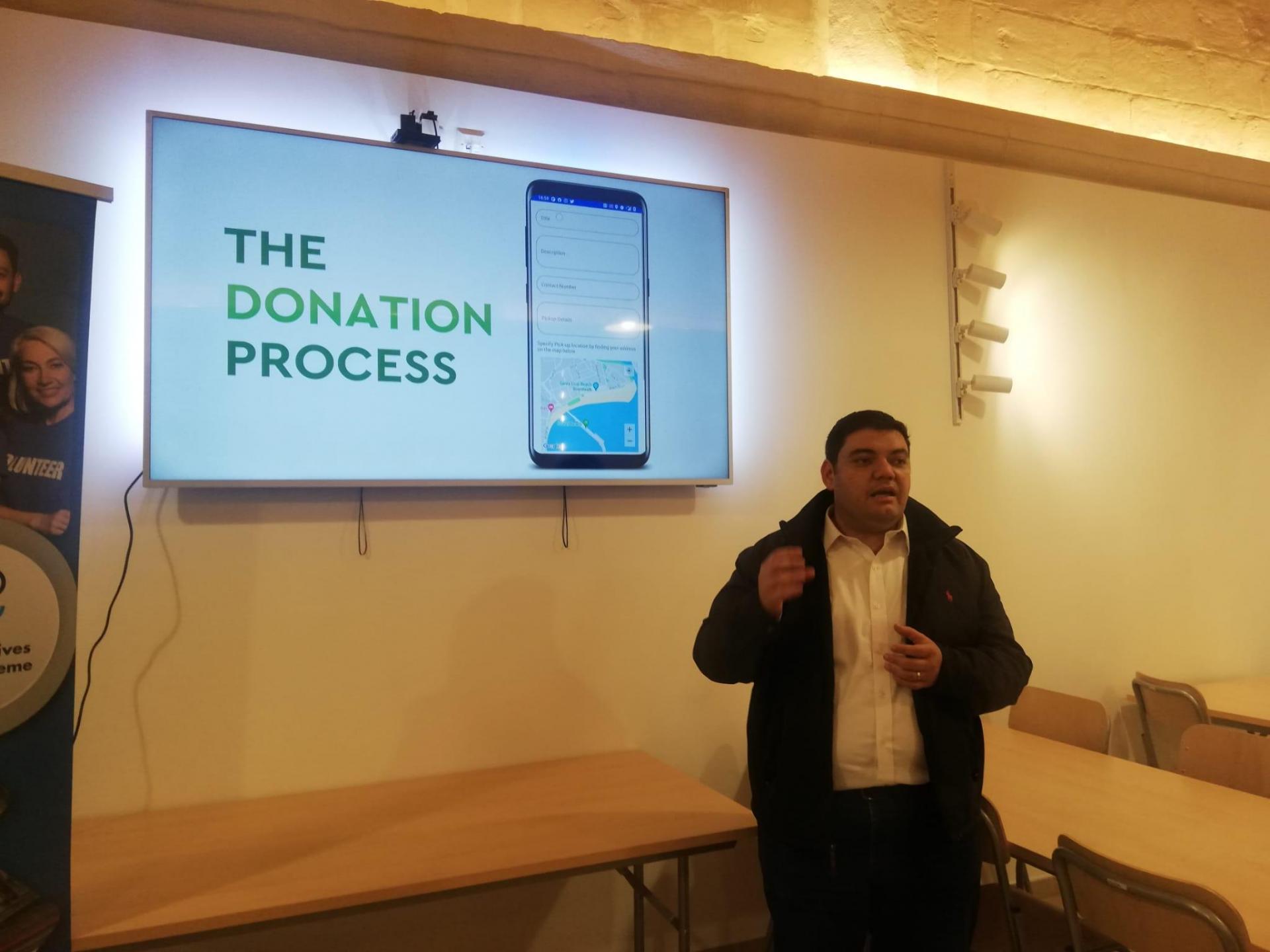 The new app is available for all NGOs that provide food donations, such as FoodBank and the Victory Kitchen Foundation.

It is funded by the Small Initiatives Support Scheme and managed by the Malta Council for Voluntary Sector.

Addressing journalists during the launch, the deputy director of the Soup Kitchen OFM, Alexiei Dingli said that 88 million people across the world cannot afford a quality meal. In Malta, according to 2016 national data, some 22% of food is thrown away, he added.

When, in 2017 Dingli was still Valletta mayor, he had presented a draft bill to then-President Marie Louise Coleiro Preca proposing that supermarkets donate food that is about to expire to NGOs who can then pass it on to those in need.

Addressing the same event, Fr Marcellino Micallef, who runs the kitchen, raised concern over the lack of emergency shelters in Malta.

“So many people ask me: is there poverty in Malta?... We help a lot of people. We are currently helping 22 Ukrainians, providing them with some food each month,” Micallef said.

“In my 63 years of living and despite several years of volunteering, since launching the soup kitchen I still feel like I have so much more to learn about our society and how much more we must do to help those who slip through the cracks.”

He called for more emergency shelters: “I believe everyone deserves a roof over their head... Our mission is not just to provide a meal to these people, but to provide them with dignity.”