A public art installation celebrating Maltese proverbs was unveiled in Valletta on Friday, with one statue prompting reactions ranging from puzzlement to sniggers. 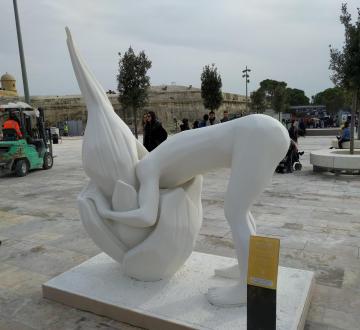 The 13 sculptures have been placed across the capital city, with each visually depicting a specific Maltese proverb. They form part of the Valletta 2018 project Kif Jgħid il-Malti.

Design creator Joel Saliba said that he hoped the installations would be "thought-provoking" and prompt people to reflect on Malta's national language.

But it is a depiction of a figure bent over with their head caught in an onion ('Min jidħol bejn il-basla u qoxritha jibqa' b'riħitha') that got most tongues wagging on social media, due to the awkward positioning of its key figure.

Photos of the statue, which has been placed in Castille Square outside the Prime Minister's office, prompted incredulity and mockery on Facebook, with users quick to post photoshopped memes and gifs in reaction.

"Imagine all the creative selfies," one user wrote, as others joked about its accompanying plaque warning viewers "do not mount".

"Quite said to think that the public had already appreciated nudity in art in the renaissance period, but some can't see a bum 500 years later in 'modern' times," wrote one Facebook user.

The temporary installation, which is supported by the Valletta 2018 Foundation, is the work of Mr Saliba, Margaret Pace and Ikona Artworks Ltd. Sarah-Lee Zammit helped with research, with Chris Galea providing logistic support and Perry Scenic Ltd. tasked with manufacturing the designs. 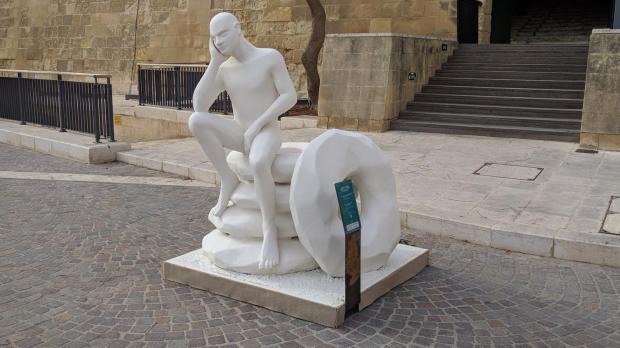 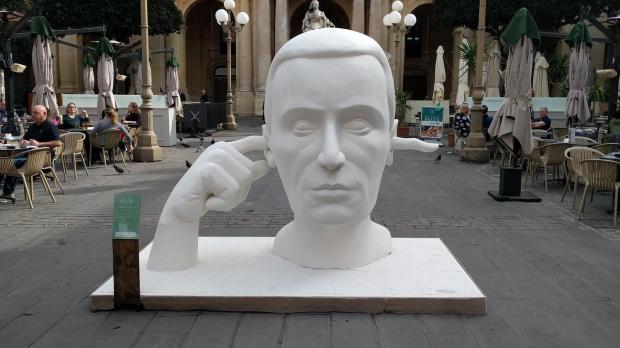 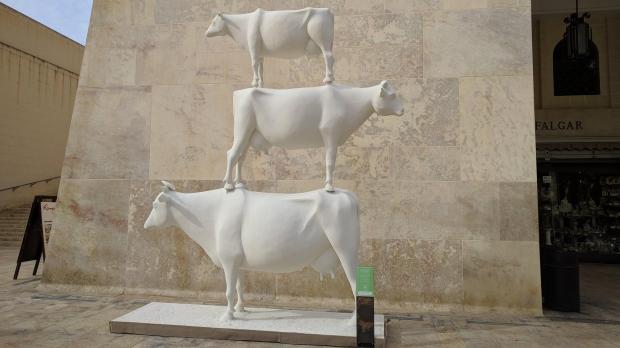