Darren Abdilla faces a tough competitive debut as Valletta coach when he bids to lead the Citizens to a positive result in tonight’s UEFA Champions League first qualifying round, first leg tie against F91 Dudelange in Luxembourg (kick-off: 8pm).

The Citizens headed to Luxembourg with a clear mindset – to try and secure a positive result that would keep them firmly in the tie ahead of next week’s second leg at the Centenary Stadium.

However, Valletta’s task will be anything but easy as they face a team who have made giant strides in European football as recent as last season.

In fact, Dudelange caught the headlines in European football after they managed to reach the group stages of the Europa League where they faced the likes of Italian giants Milan and La Liga side Real Betis.

Thus, it’s clear that the Luxembourg champions will start as clear favourites to progress to the second qualifying round where they will await the winner of the tie between Ferencvaros, of Hungary, and Bulgaria’s Ludogorets.

“There is a lot enthusiasm in our clan ahead of a very tricky tie,” Abdilla told the Times of Malta.

“We are facing a completely revamped Dudelange side. After their heroics in Europe last season, their club chairman has decided to sell his best players to bigger clubs, thus generating a huge amount of money to re-invest in the team so I expect them to bring in even better players.

“For me personally, it was quite difficult to gain information on our opponents as they have a completely different team and a new coach so we have very little information on their style of play or their best players.

“Hopefully, they will find it tough to amalgamate as a group and that will give us a better chance to get a good result.”

Since taking charge of the Citizens, Abdilla has managed to bring in only two new additions in Italian midfielder Kevin Tulimieri and Brazilian midfielder Douglas Packer. The Citizens also have an agreement with striker Yuri Messias, but the Brazilian is ineligible to play today. Abdilla travelled to Luxembourg without striker Bojan Kaljevic who has just under went surgery while Matteo Piciollo has still not regained full fitness after recovering from a hamstring injury. 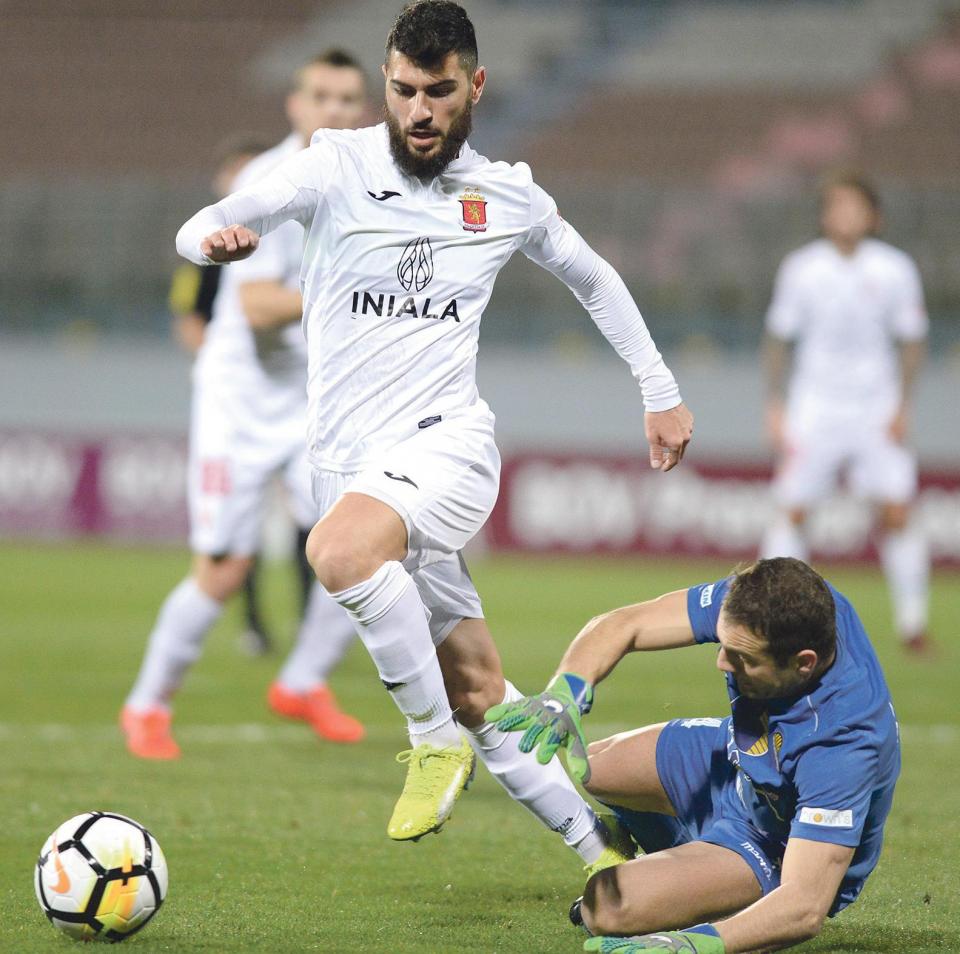 Goalkeeper Henry Bonello suffered a back injury in training last week while Jonathan Caruana is carrying an injury and is also doubtful.

“Our preparations for this match have been far from ideal,” Abdilla said.

“We may have started pre-season on June 10 but I only had all the national team players back on June 17 which left us very little time to give the players the best physical preparations.

“Added to that Tulimieri and Douglas have only trained with us for a week and they don’t have 90 minutes in their body.

“But I don’t want to make any excuses. Our goal is to try and get a positive result and I’m confident that we have enough quality in our ranks to do thejob.

“I have no plans to adopt any defensive tactics. We are going out to play our game and try to bring home a good result that would put us in a strong position ahead of next week’s second leg.”