A van carrying €1.5 million worth of drugs found earlier this week had been shown on documents to be carrying sawdust and animal fodder originating in Austria, a court was told on Thursday.

The van was intercepted by police after it drove off the Sicily ferry. The drug was found in a hidden compartment and the 28-year-old Bulgarian driver was arrested. 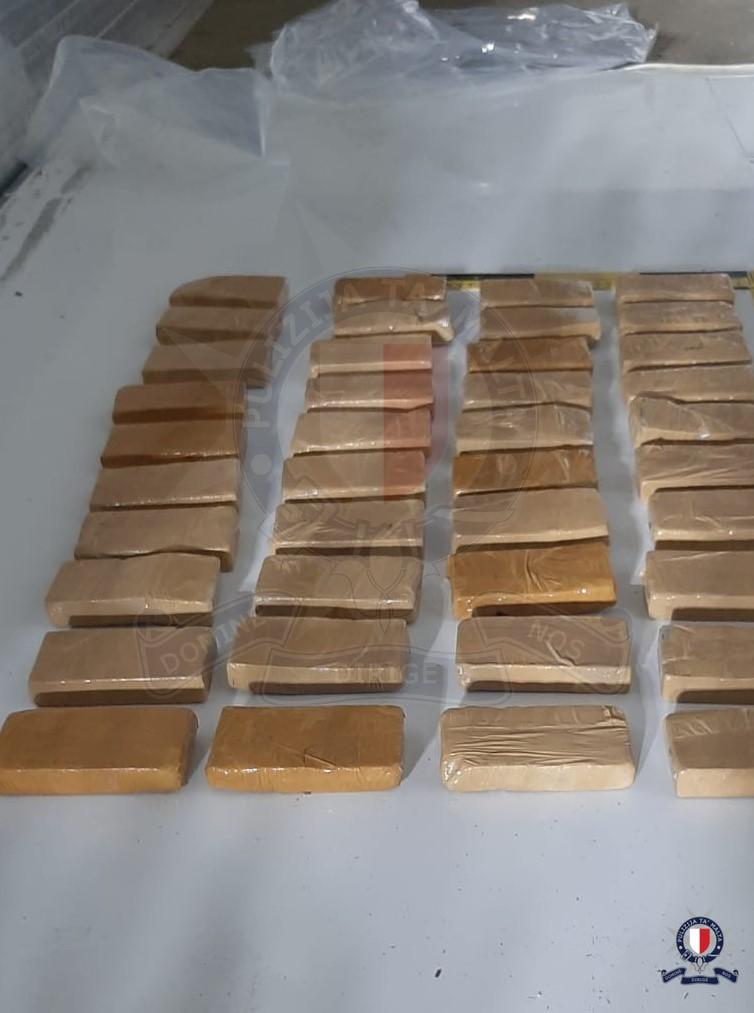 Some of the drugs found in the van.

On Tuesday, the police said in a statement that the Drug Squad had received information about a van, allegedly carrying drugs, which had just left Sicily for Malta. The drugs were detected by a sniffer dog.

During court proceedings against the driver, Mustafa El Madhoun, the presiding magistrate, Natasha Galea Sciberras, asked if the police had had any information about the van before it was searched.

Inspector Justine Grech testified that the police were keeping a lookout for incoming traffic following a series of drug-related cases.

She said suspicious manoeuvres related to the booking of this particular van for the ferry trip attracted police attention. Those suspicions were followed up with basic questions about the nature of the cargo and relative documents.

An invoice presented by the driver indicated that the goods consisted of sawdust and animal fodder, originating in Austria, but when the van was opened and checked, the amount of merchandise did not quite tally with the expenses involved.

Police suspicions were confirmed when one of their sniffer dogs “sat” near the van.

That was when police informed the driver that he was under arrest.

The vehicle was escorted to another location (the police garage) where the cargo was unloaded. Officers tapped and knocked around the metalwork until they sensed “an empty space” at a particular spot.

A metal cover was unscrewed and it revealed a hidden compartment inside which were some 29 kilos of cannabis grass, five kilos of cocaine and some four kilos of a substance thought to be cannabis resin. It later turned out to be heroin.

The driver cooperated with investigators, the prosecuting officer explained, producing the accused’s driving licence, bank cards and a Bulgarian document placed inside a pouch, along with his other personal belongings.

On Tuesday, the accused, an architecture student,  pleaded not guilty to importing cannabis, cocaine and heroin as well as possession of the drugs under circumstances denoting that they were not intended for personal use.

He was remanded in custody.

In light of the inspector’s testimony on Thursday, the defence team questioned what reasonable suspicion had led the police to stop the van driver in the first place.

Grech said that in this case, police had received no information about the suspected drug load but had singled out the accused during regular monitoring, explained Grech, without divulging additional details that could undermine police investigations.

However, the man’s lawyers insisted that they felt that there had been no reasonable suspicion to stop the accused, minuting their position and pointing towards constitutional developments in this regard.