Ġorġ Mallia, the well-known writer, cartoonist and communications academic, has just released his first collection of verse, spanning 40 years of literary activity. The book, My Love Had Eyes of Blue and Dreams – Verses of Love and Pain, is a selection of his lyrical verse from 1979 to 2019.

The book is beautifully presented and contains 69 poems, 25 of which are in Maltese and 44 in English. 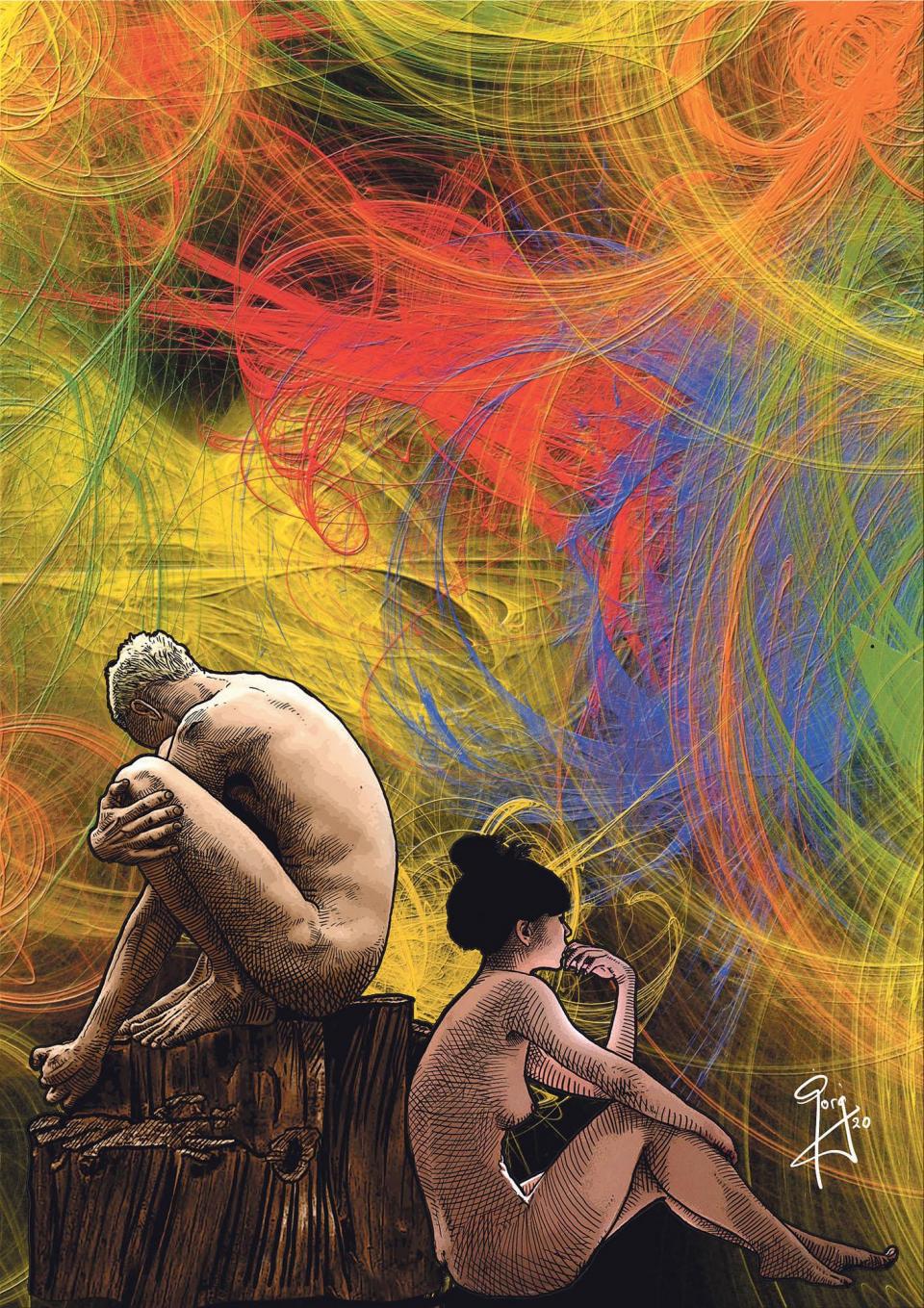 Couple - A digital painting by Ġorġ Mallia that visualises the grief at love’s end, which is often the theme of his verse.

It is a selection of verse that is predominantly emotional in nature, exploring the intricacies of relationships, their breakdowns and the resultant fallout. The verse is raw and honest and spans four decades, presented in the book in chronological order. It maps Mallia’s emotional odyssey throughout most of his adult life.

About his verse, Mallia himself says that, when writing, he concentrates primarily on the use of language and on the rhythmic control of pace, often shifting from slow introspection to a sudden fervent beat of short bursts, moving emotions from quiet musings to outbursts of passionate postulations. He continues that the imagery he uses is predominantly from nature… butterflies, the moon, water and the sky.

“There can be no doubt,” he adds, “that heart predominates over the mind in this collection, as emotion soars and dips and the poems either cry with ecstasy or with overwhelming desperation.”

There can be no doubt that heart predominates over the mind in this collection, as emotion soars and dips and the poems either cry with ecstasy or with overwhelming desperation

Fast-paced imagery can be typified by this verse from The Moonlit Butterfly of Night. 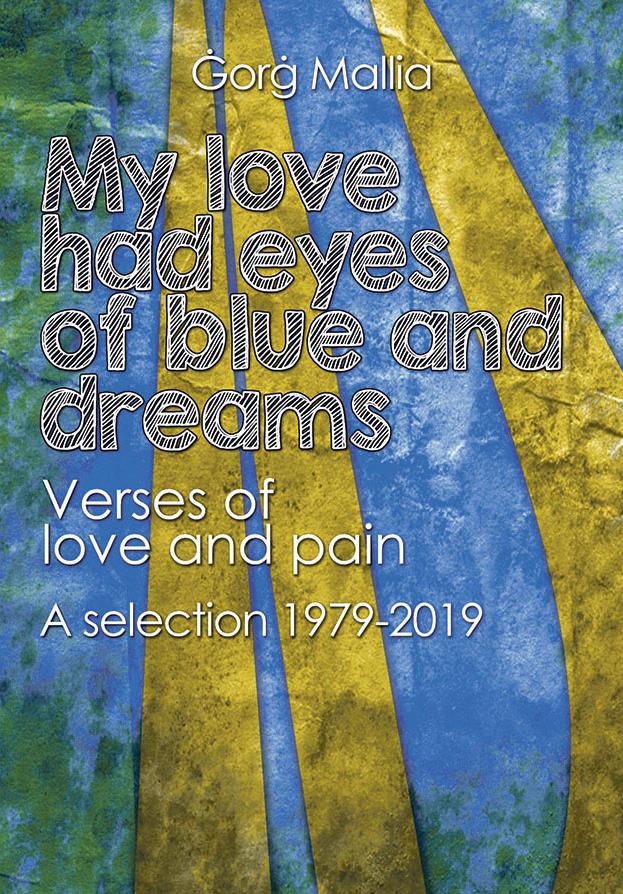 “And wings, and waves, and silver from the moon, and colours bright as sparks at night, and heaving depths that boiled and spun, and gossamer that rippled, lost and won, and crashing thoughts, and cushioned whims, and all the wide, wide world of ecstasy, and pain, embraced, like sand and rain, and breathlessly, impossibly, became, the same. As one, in one, not one, but all.”

But the greatest testimony to the importance of the collection comes from Oliver Friggieri, who envisages this collection as a start of a poetic regeneration of sorts. Prof. Friggieri writes:

“Expressing himself with equal ease in both Maltese and English, Mallia faithfully transcribes his innermost experiences in a manner which, however literary, evokes his competence as a visual artist. His lyrics depict situations which are intimately related and which consequently transform this collection of poems into a unique work.

“The painter and the poet are here, both giving their share in designing a verbal-figurative object. Mallia is here somehow inviting his readers to rediscover their own identity as narrators of events necessarily derived here from a combination of sensory experiences andinnermost emotions.”

Prof. Friggieri continues that the word and the image cannot survive one without the other.

He refers to Mallia as both “the designer of verbality” and “the writer of images”, both living creatively together in the poems.

He says that Mallia is successfully evoking and putting into practice the fundamental definition of poetry as given by Horace. And ends with the significant: “Perhaps a revival of the poetic genre can emerge through the significance of the collection.

“Set against such a context, none – neither the word nor the image – survives without the active role of the other, and their fusion is therefore instinctive to human nature. So does the designer of verbality and the writer of images survive within the selfsame personality of a creative agent.

“Mallia is successfully evoking, indeed putting into practice, Horace’s fundamental definition of poetry as given in his De Arte Poetica: ‘ut picture poesis’. Perhaps a revival of this poetic genre can emerge through the significance of the collection.”

Ġorġ Mallia’s My Love Had Eyes of Blue and Dreams, printed as a limited edition at Progress Press, is available directly from the author at info@gorgmallia.com.