Veteran actor John Suda has been found guilty of violent indecent assault upon a 22-year old aspiring actress and given a suspended sentence after it was proved that he used his teaching technique to force the victim to submit to his will.

The 66-year old actor had been accused of violent indecent assault and of having held his victim against her will following an episode which took place in July 2015 inside a room at a Fgura massage parlour, which the actor used as a studio.

The woman had auditioned for a role in a soap opera that was to be screened on local television and had subsequently been contacted by Mr Suda, as scriptwriter, through a Facebook message inviting her to a one-to-one coaching session to improve her diction and stage confidence. 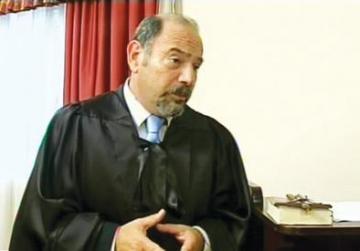 Turning up for the session, the woman was led to the room where Mr Suda locked the door, pocketing the key, before proceeding to ask her to go over her script.

A while later, he blindfolded his student, requesting her to strip down to her underwear and walk around the room, reciting her lines.

The woman’s evident discomfort and reluctance were met with Mr Suda’s repeated insistence that this exercise was intended to help her get over her inhibitions, an essential step towards becoming an actress and one undertaken by many others before her.

As the session progressed, Mr Suda began to fondle her, kissing her on her face and neck and pulling her towards him, placing his private parts inside her mouth, in spite of the woman’s continued reluctance.

Insisting that she was “stiff” and needed to forget her inhibitions, the actor went on until the woman, unable to bear it any longer, burst into tears. It was then that Mr Suda had called it a day, unlocking the door and telling her that the session was over.

“He was an actor I looked up to,” the victim had testified later in court. “I had no option,” she said, referring to the fact that her reluctance had been met with a condescending tone and raised voice telling her that she would never make a good actress unless she went through the practice.

The accused had also testified, producing literature and witnesses to prove that he had used a teaching method adopted in drama classes even on an international level.

The warranted drama teacher claimed to have been conducting such sessions for 30 years.

“I had no intention whatsoever to make love to this woman. Nudity is an active part in drama and you have to train for it,” Mr Suda had explained, insisting further that he had only wanted “to see how cool she can stay in such situations.”

However the court, presided over by magistrate Audrey Demicoli, after analysing the testimony of the victim “three times over” was morally convinced not only of her credibility, but also of the fact that she had outwardly shown her reluctance all along “in every possible manner”.

The accused had never warned her as to what the session would entail, advising her only to study her lines, the court observed.

Moreover, as pointed out by parte civile lawyer, he had never conducted similar sessions with male actors.

Indeed, he had evidently targeted the woman as a “young, vulnerable and malleable” person at the first audition, the court observed, declaring him guilty of the violent indecent assault and handing him a 12-month jail term suspended for two years, while placing him under a two-year Protection Order.

The charge of illegal arrest was not sufficiently proven since third parties had a key to the room inside which there was an intercom. Moreover, the room had been within earshot of third parties on the lower floors.