The police and tourism authority are investigating a video showing dozens of young people partying in a private villa in breach of COVID-19 rules.

The footage has sparked outrage, with DJs particularly angry at the "unfair situation".

The video, a screengrab from private Instagram accounts showing a birthday party, was shared on social media and WhatsApp groups on Thursday.

One of the guests has confirmed the party took place on Wednesday and apologised for attending.

The location of the villa has not been established.

The video of the party is being shared on social media.

However, a resident who lives in Iklin told Times of Malta he heard loud music and fireworks, similar to what was heard in the video, between 6pm and 4am.

Clubhouse Europe, a group of Instagram influencers, who have a house in the area denied rumours that their villa was involved in a party.

But its co-founder Zak Grech Fenech, confirmed he was a guest.

He said he was never involved in the organisation of the "party/gathering" but was simply a guest. 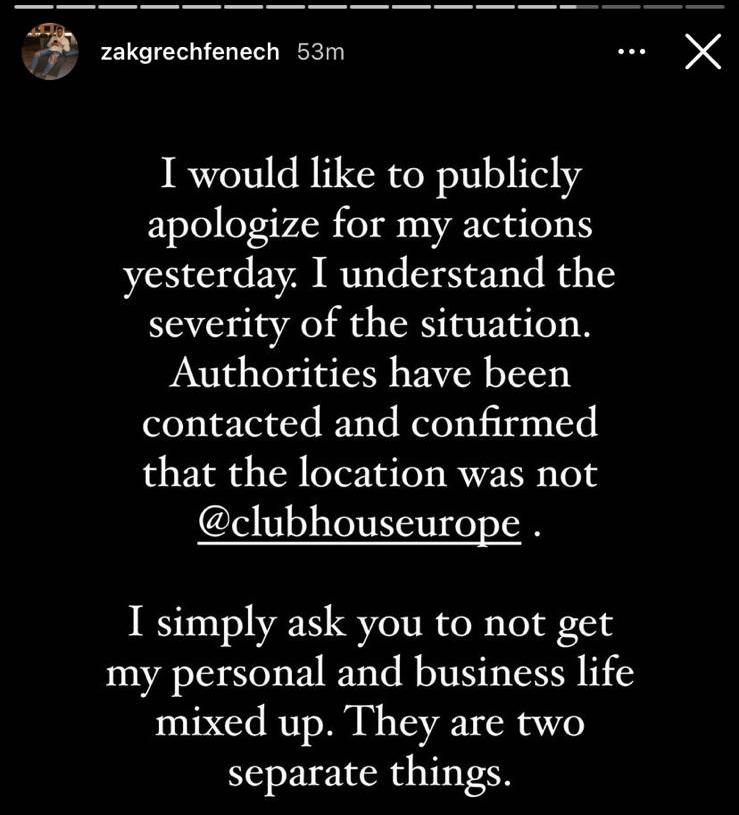 One of the guests apologises for attending a party in breach of COVID-19 rules.

The Police and the Malta Tourism Authority are investigating the alleged illegal party, and "several people" have been spoken to, a spokesperson said, adding that investigations are ongoing.

Police have yet to confirm whether fines were issued.

Current COVID-19 rules ban mass gatherings and people from more than two households cannot gather in private residences. People can also only gather in public in groups of two.

In March, a person was to be charged in court for organising a mass event after an illegal party was held in Pembroke during the weekend that cases reached record numbers.

In that case, videos of the illegal rave were also uploaded on social media.

Meanwhile, local DJs who spoke to Times of Malta said they were livid and could not believe people were still getting away with blatantly breaching the laws.

"I have been out of work for over a year and yet others ignore the rules and do as they please... and get away with it. It's a very unfair situation," one DJ said.

Another said the entertainment industry was already struggling and breaches like this one can harm the entire sector.

"People will automatically label us as rule-breakers even though the majority have constantly obeyed all the rules in place," another said.

Times of Malta has reached out to the person whose birthday was being celebrated for comment.