The standard cost of a return fare between Valletta and Gozo with Virtu Ferries will be €12 for adults and €6 for children, the company announced on Tuesday.

In all cases, infants will travel for free.

Trips will be on the company’s vessels San Franġisk and San Pawl, which used to operate on the Malta – Sicily route. They recently returned to Malta from the company’s service between Venice and Adriatic ports.

The new fast ferries will operate between Grand Harbour and  Mġarr, Gozo.

The vessels have a cruising speed of 35 knots, well within the 45-minute requirement for the crossing, Virtu said.

The Virtu Ferries ferry service, which will begin on June 1, will be one of two new fast ferry services that will begin operating next month. The other service will be  operated by Gozo Fast Ferry Ltd.

They have not yet announced their prices. 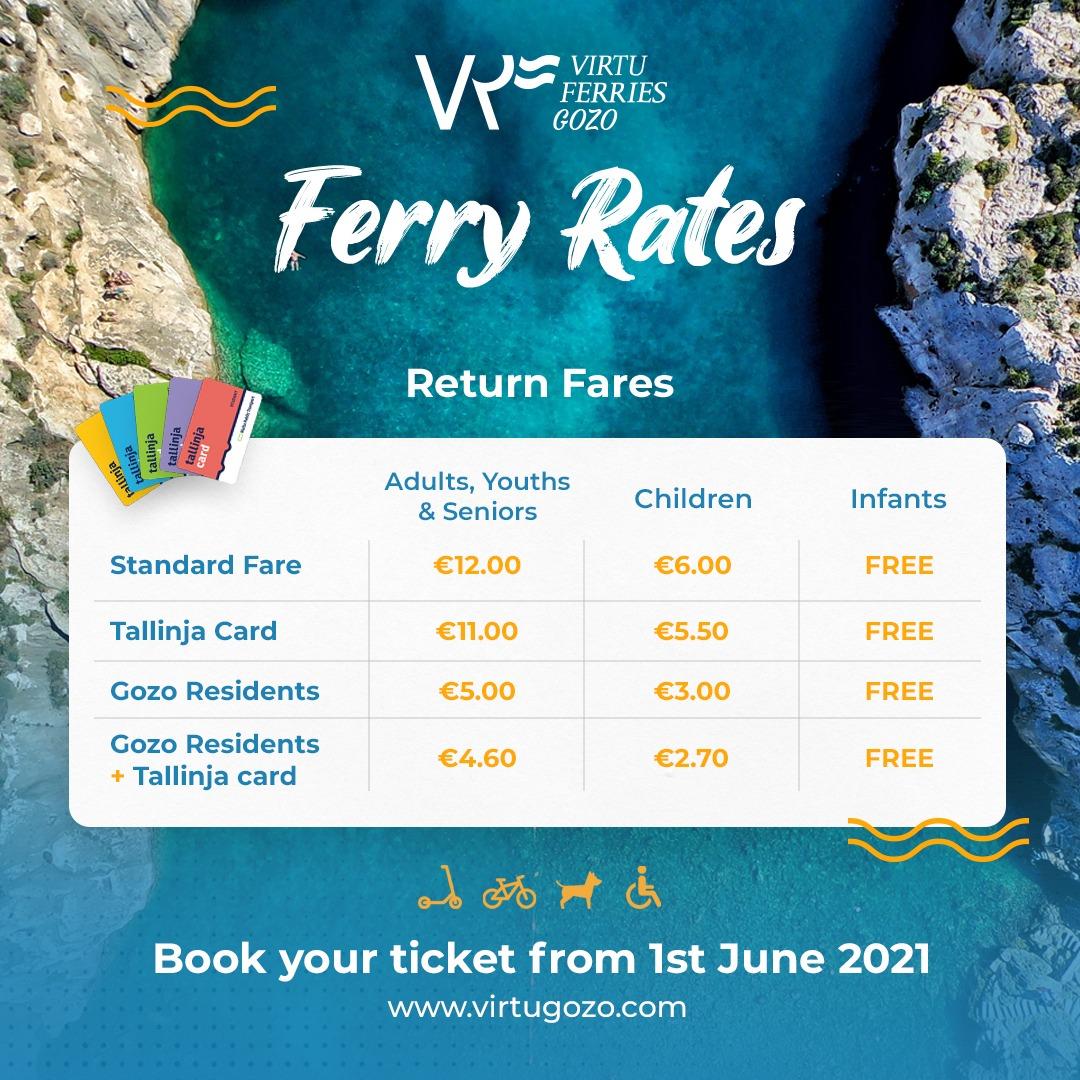 Virtu announced its intention to start a service across the Gozo channel in March after the government issued an open call for operators interested in running a service between the Grand Harbour, Valletta and the Mġarr Harbour, Gozo.

Under the Transport Malta plan, the trip should last no longer than 45 minutes and will be provided only for passengers.

The cost of a passenger ticket on the new fast ferry is much higher than the Gozo Channel ferry, which sails between Ċirkewwa and Mġarr.

A standard passenger fare on the traditional ferry is €4.65 for adults and €1.15 for children aged three to 12, according to the Gozo channel ferry website. Gozo residents pay €1.15.

Most people who travel on the Gozo Channel ferry take their car, which is not possible on the fast ferry.