People infected with coronavirus are unlikely to catch the illness again for at least six months, researchers at the University of Oxford said on Friday.

The finding comes as part of a large-scale study into COVID-19 reinfection after observations from healthcare professionals that the phenomenon was relatively rare.

Oxford University professor David Eyre, one of the authors of the study, said the findings were “really good news”.

“We can be confident that, at least in the short term, most people who get COVID-19 won’t get it again,” he said.

The authors highlighted they had not yet gathered enough data to make a judgement on reinfection after six months.

However, the ongoing study has an end goal of verifying how long protection from reinfection lasts in total.

It indicated “that infection with the virus provides at least short-term protection from reinfection”, she added.

US biotech firm Moderna announced this week its vaccine candidate was nearly 95 per cent effective in a trial – a week after similar results were announced by pharma giant Pfizer and its German partner BioNTech.

The Oxford study into reinfection drew on data from regular coronavirus testing of 12,180 health care workers at OUH over a period of 30 weeks.

It found that none of the 1,246 staff with coronavirus antibodies developed a symptomatic infection.

Three members of staff with antibodies did test positive for the virus that causes COVID-19 but were all well and did not develop symptoms. 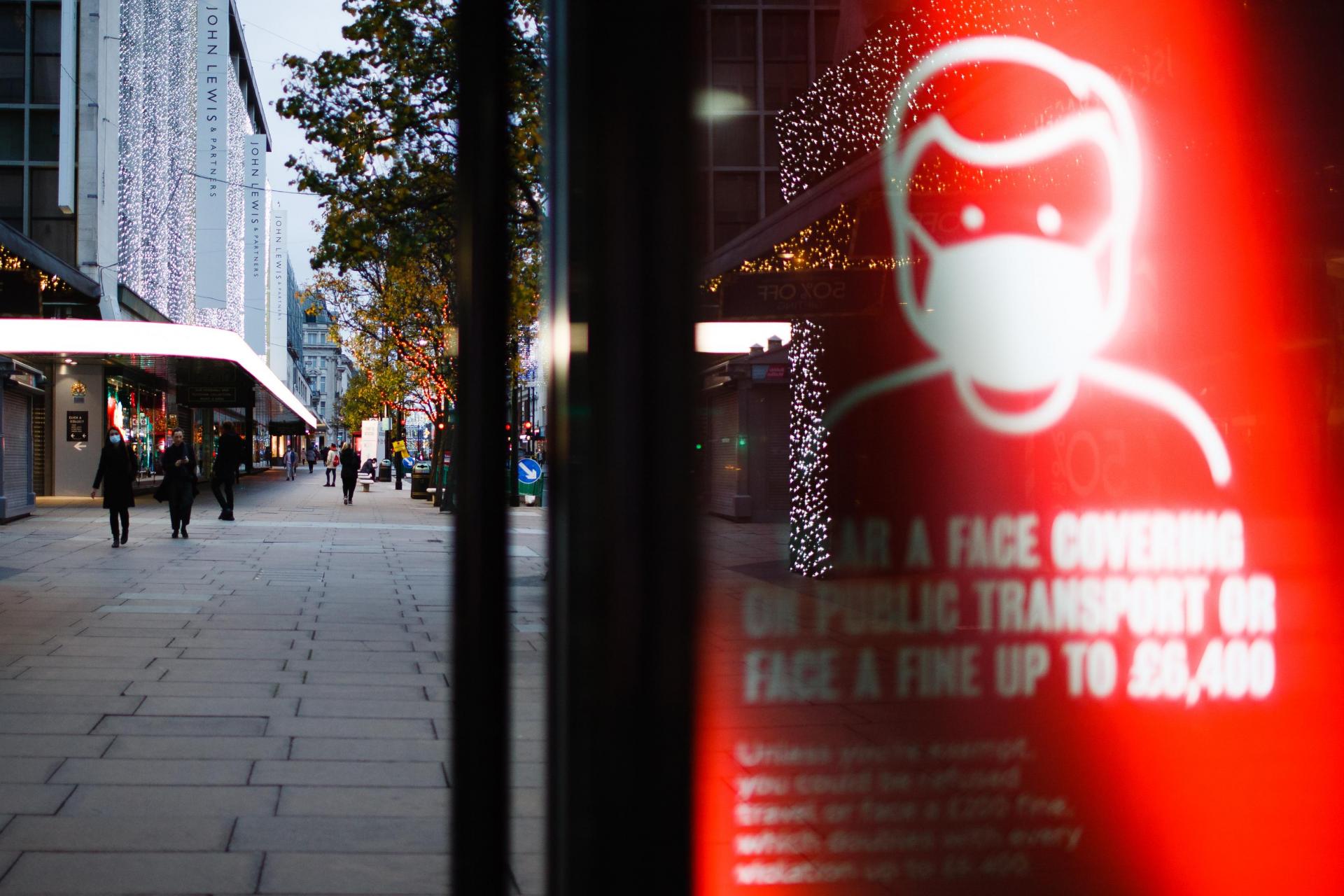 A sign reminding public transport users to wear face coverings lights up the digital advertising screen of a bus stop on a quiet Oxford Street in London, England.