Australian authorities on Tuesday extended a coronavirus lockdown of the nation’s capital Canberra to mid-October, saying the measure was necessary while vaccinations are ramped up.

About 400,000 Canberra residents have been under stay-at-home orders since August 12, when a single case of COVID-19 was detected.

Now at just over 250 active cases, the cluster caused by the highly infectious Delta variant remains small but has been treated with caution in a city that had largely avoided outbreaks.

"Almost 53 per cent of over-16s in the region have received both doses, the highest rate of full vaccination in Australia, which is grappling with multiple Delta outbreaks."

“This is the safest path forward and it will lead to a safer Christmas, a safer summer holiday period and a safer 2022,” he told reporters.

Australia’s vaccine rollout has picked up pace in recent months as millions of people under lockdown in the highly populated southeast – including Sydney and Melbourne – sought out the jab.

Almost 53 per cent of over-16s in the region have received both doses, the highest rate of full vaccination in Australia, which is grappling with multiple Delta outbreaks.

State and federal leaders have agreed on a national roadmap for reopening, which could see travel and border restrictions largely lifted when double-dose vaccination rates hit 70 and 80 per cent.

Australia has recorded more than 75,000 cases and over 1,100 deaths since the pandemic began. 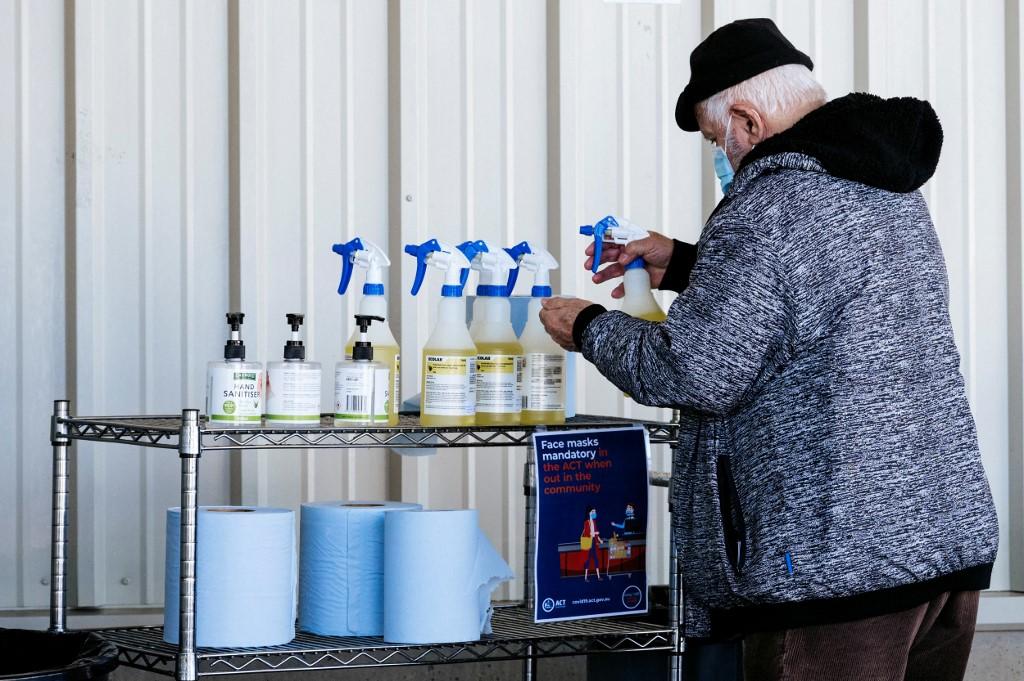 A man santising his hands at a shopping mall in Canberra during the lockdown.