The government is duty-bound to look into the alleged financial manoeuvring of the people behind Vitals Global Health Care (VGH) and news reports into questionable deals, Opposition leader Adrian Delia said on Tuesday.

The Shift News revealed on Monday how VGH funded a €5 million takeover of a local medical firm called Technoline, which was then given exclusive rights to handle procurement for the three State-owned hospitals entrusted to VGH.

According to the media reports, VGH sold the three public hospitals it managed to Steward Healthcare for just €1 in 2017, but “millions” changed hands behind closed doors.

These payments included a €1 million payoff to a Dubai company called Mount Everest General Trading LLC, whose involvement in the ownership structures was previously unknown.

The government has repeatedly refused to release documents related to the due diligence carried out on VGH and its owners.  It pays the concessionaires around €70 million annually to make use of bed space and medical services provided by the company at the three hospitals.

The government announced that VGH was selling the government concession to Steward Healthcare in December 2017.

A memorandum of understanding between the government and some of the investors behind VGH was signed six months before Projects Malta, which falls under Tourism Minister Konrad Mizzi’s control, issued a request for proposals for the running of the three hospitals in April 2015.

Health Minister Chris Fearne on Tuesday said he was not involved in the talks between the two companies, and the deal was being investigated by the National Audit Office.

Rules and even laws had been sidelined or even evaded for this deal to have gone through, and someone had to be held accountable.

In comments to the Times of Malta, MEP David Casa said these deals took place with the full complicity of the government and its “star negotiator” Konrad Mizzi.

“We have known that this deal is rotten to the core for some time now. But we are only now beginning to find out just how rotten it really is,” Mr Casa said.
He added the use of hidden companies and secret agreements for “devious ends” was not new.

Mr Casa said these seemed to be the modus operandi with any deal involving Dr Mizzi. “17 Black’s purpose is now well known in relation to the other project for which he is notorious, the Electrogas power station. So far, the purpose for Macbridge continues to remain a mystery,” Mr Casa said.

Both the Dubai-based companies were mentioned in a leaked e-mail as the main sources of income for the Panama structures opened by Dr Mizzi and the Prime Minister’s top aide Keith Schembri.

Mr Schembri had admitted to having “draft business plans” with both 17 Black and Macbridge, yet he says he has no idea who owns these two companies.
Dr Mizzi insists he has no link to either company. 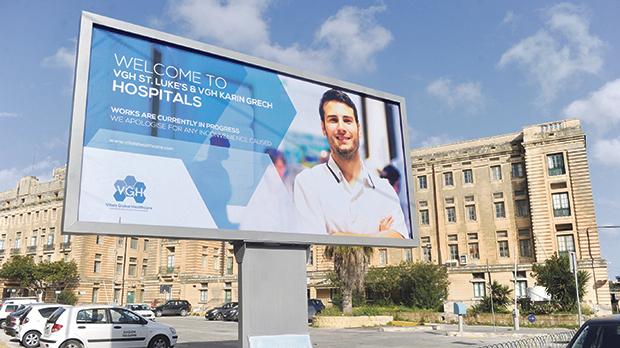 VGH had promised to invest over €200 million in regenerating the hospitals, though there was little evidence of much change during their short time as concessionaires.