Vitals Global Healthcare will be taking over the Gozo, St Luke’s and Karen Grech hospitals over the coming weeks as public healthcare is partially privatised.

The three hospitals have been transferred to the company on a 30-year lease in a public-private partnership sealed last March.

Ram Tumuluri, a director of VGH, yesterday said the management of the hospitals would transition to the company over the next two months.

All 1,600 employees currently working at the three facilities will remain on the public payroll. Additional employees that will be taken on in the future will be employed directly by VGH. 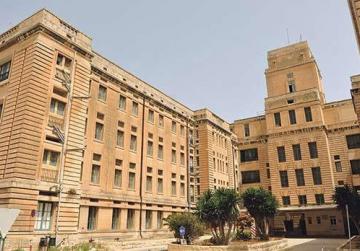 VGH is expected to invest €220 million over the next two years to transform the hospitals into state-of-the-art centres, increasing bed capacity and attracting medical tourism. The company estimates it will create some 800 new jobs, half of them in Gozo.

Through an agreement that has not yet been published, the government will buy beds from the private operator for use in the public health service.

At a media briefing held at VGH head office in Ta’ Xbiex, Health Minister Chris Fearne said the cost for the government would be equivalent to what it currently costs to operate the three hospitals.

He would not quantify the amount and said the agreements would be published in Parliament after the summer recess.

“The advantage from this is that the capital investment to increase beds and improve the quality of the hospitals will not be coming from public funds, apart from the fact that it will help the country tap the medical tourism market,” Mr Fearne said.

VGH was chosen as the preferred bidder in June last year. The company came in for criticism as some observers questioned its lack of background in the medical field.

Mr Tumuluri said VGH had contracted the American company Partners Healthcare, which runs hospitals in the US, to operate the Maltese centres.

Agreements to be published after the summer recess

At yesterday’s briefing, Mr Tumuluri introduced Stephen Zammit as CEO of Karen Grech and St Luke’s hospitals, and Nadine Delicata as CEO of the Gozo hospital. Dr Delicata was responsible for the rollout of the national breast screening programme in 2007.

Physician Armin Ernst, who will move to Malta from America, will head the Malta operation for VGH.

Partners Healthcare will seek accreditation from the Joint Commission International for the hospitals, which will make them more attractive for medical tourism. Cardiologist Albert Fenech, who was brought in by VGH to head the cardiology department, said it was the first time that medical tourism could be exploited to the full. “We have been hearing this for at least two decades but it would have been ethically wrong to get medical tourists to a public hospital that had a shortage of beds,” Prof. Fenech said.

He noted there were tens of thousands of US and Canadian patients flying around the globe for medical care and Malta could tap this potential.

VGH has also partnered with Walter Reed Medical Centre, a leading American military hospital specialised in orthotics and prosthetics, for the rehabilitation services that will be offered.

The project will see the erection of a new Gozo hospital with 450 beds. Of these, 250 will be acute beds and 200 for geriatric and long term cases. The total number of beds available for Maltese patients in Gozo would be 350.

Mr Tumuluri said the Gozo hospital would also have the potential of adding 100 beds in the future. The hospital grounds will also include the Barts medical school, which should be opening its doors in September 2017.

St Luke’s Hospital will have 350 beds – 150 rehabilitation and 200 acute medical care – while Karen Grech will have 320 beds, which will all be contracted by the government to be used for geriatric care.

In a statement shadow health minister Claudette Buttigieg called on the government to publish the agreements reached with VGH.

She insisted the “person chosen to lead the hospitals has no experience in hospital management” and this was creating uncertainty for healthcare workers and patients.

“This creates serious doubts on the deal this person reached with [the Prime Minister’s chief of staff] Keith Schembri and [Minister Without Portfolio] Konrad Mizzi,” Ms Buttigieg said. She did not mention the person by name.

Who are Vitals Global Healthcare?

The mother company is the Singapore-based Oxley Group, which is an investment company. VGH was set up through Oxley’s Malaysian partner Bluestone.

What will VGH do in Malta?

The company was chosen by the government to reconstruct and operate the Gozo, St Luke’s and Karen Grech hospitals under a public-private partnership. The agreement with the government is for 30 years.

Will VGH pay for using the hospitals?

It will pay an annual ground rent but the amount has not yet been made public.

Does VGH have a medical background?

Not really. But it has partnered with US company Partners Healthcare, which runs hospitals in America, including Harvard teaching hospitals.

Who will run the Maltese hospitals?

A medical board of 12 people will be set up. No shareholders will sit on the board. Half of the board members will be Maltese medical professionals, including renowned professionals, cardiologist Albert Fenech and gynaecologist Mark Brincat. The government will have one member and London-based Barts medical school will also have a seat. The rest will be members appointed by Partners Healthcare. The board will be responsible for clinical operations and the day-to-day running.

How will VGH make money from this?

The company says it will make a marginal profit from the beds it will sell to the government for public use. But the real profit is in the hundreds of other beds it will use for medical tourism purposes.

How will the public health service benefit?

The government will buy a set number of beds from VGH for use in the public health service. Maltese patients transferred to either of the three hospitals will not pay and will receive the same treatment and bedside services as other paying patients.

Will the government have to pay VGH for its capital investment?

Health Minister Chris Fearne has said the capital injection worth €220 million will be completely financed by VGH and this money will not be recouped from the government.

What work will be done on the hospitals?

The more extensive works will happen in Gozo where a new, expanded acute general hospital will be built, doubling the current bed capacity. It will also include a medical school run by Barts of London. The St Luke’s and Karen Grech hospitals will be gutted from the inside and transformed into modern buildings with single and double-bed rooms. St Luke’s will also house a nursing school, which will be a partnership between MCAST and Northumbria University.

How will VGH finance this project?

Ram Tumuluri, a VGH director, said the capital investment will be divided as follows: 30 % will come from shareholder funds, 70% from bank loans and credit institutions.