MISA’s main aim is to foster and protect its members’ interests, both locally and overseas, while promoting the interests of the Malta international shipping industry and further the reputation of the Malta flag.

MISA was the initiative of well-known, reputable and forward- looking owners of Maltese registered ships, led by shipowners Nikolaos Pappadakis and John Lyras. This was in response to a wide conviction that it was essential for owners of Maltese flag ships to have their own body that could effectively represent their views and interests at national, regional and international levels.

Two earlier attempts by other groups, not shipowners however, had failed to get off the ground. Could it have been third time lucky? In reality it was more the fact that the growth of the Maltese ship register to one of the largest in the world had evolved an imperative need among owners themselves for a national association international in nature.

The first general meeting was held in 2005 and seven shipowners were elected to the executive committee. Pappadakis was the association’s first president, serving until 2014. The new committee also appointed Joseph Curmi as the first general secretary. As a senior civil servant Curmi had kick-started the Malta International Ship Register and later served for several years as managing director of the national shipping line. He also rendered invaluable assistance for the setting up of the association.

On their retirement the AGM elected Pappadakis as president emeritus and appointed Curmi as general secretary emeritus.

MISA membership is open to shipping companies, registered owners or bareboat charterers of Maltese ships. It is complimentary to registration under the Malta flag and clearly demonstrates a genuine link with Malta that goes well beyond economic or operational necessity.

MISA immediately sought and attained corporate membership of the European Community Ship­owners’ Associations. MISA today is an associate member of the International Chamber of Shipping and a corporate member of the Malta Chamber of Com­merce, Malta Maritime Forum and Chartered Institute of Logistics and Transport, Malta branch. It has a close relationship with the Malta Chamber of SMEs and Malta Maritime Law Association. It also has close links with the International Maritime Organisation, other industry bodies, national shipowners’ associations, national maritime administrations, and naturally, with shipowners and operators.

MISA gives members a voice in Europe and in international fora, a stronger voice in the industry and with the flag administration.

Currently, its focus is on sustainability issues, resulting, albeit not only, from the pandemic

Travlou is the MISA member on the ECSA board of directors, with Frangista and the present author as alternate members. Grimaldi and ex­ecu­tive committee member John Lyras, both former ECSA presidents, and Christian Cigrang are, in a capa­city outside MISA, also ECSA board members.

The association is administered by a secretariat based at the Malta Chamber of Commerce. This symbolises the active, genuine link owners and operators of Maltese ships have with the business community of the country whose flag their vessels fly.

MISA is active in various issues of interest to Malta flag shipowners and operators, including competitiveness, tonnage tax, KYC issues, European port and ship emission policies, armed guards on ships. Currently, its focus is on sustainability issues, resulting, albeit not only, from the COVID-19 pandemic, and on the plight of seafarers and ship operations resulting from delayed crew changes.

Issues raised at IMO and EU institutions make it necessary for MISA to assess their impact and articulate shipowners’ views at decision-making bodies of the Maltese administration and regional and international organisations. The lobbying MISA carries out is very important. This is why the tonnage of ships in the association needs to reflects that of Europe largest flag, one of the world’s five largest.

MISA firmly shares the vision of the international shipping industry on the global attainment of the UN Sustainable Development Goals. Global sustainable development is tied to a sustainable maritime industry. Shipping is the backbone of global trade, enabling the import and export of goods on a scale not possible by any other transport mode. Global trade cannot be successful without an efficient shipping industry, but safe, secure and clean shipping and, freedom of navigation are crucial.

But there can be no shipping without the shipowner’s entrepreneurship, the ship operator’s knowledge and experience, and, the training, skills and commitment of the seafarers, aptly described as essential workers.

A blue economy and global sustainable development via environmentally friendly shipping have long been the goals and objectives of the shipping industry.

MISA has remained true to its raison d’être: to foster and protect the interests of its members while promoting the interests of the Malta’s maritime industry and furthering the reputation of the Malta flag with the vision of a sustainable green shipping industry that can ensure a smooth global flow of trade to the benefit of all the people of the world. 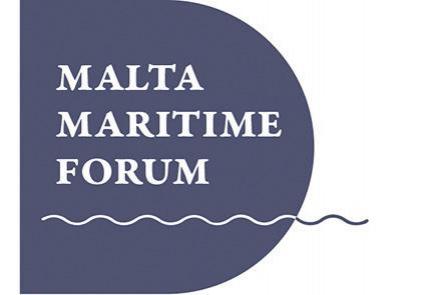 Heartened by its record in the past, MISA is immersed today in the vision of the future.