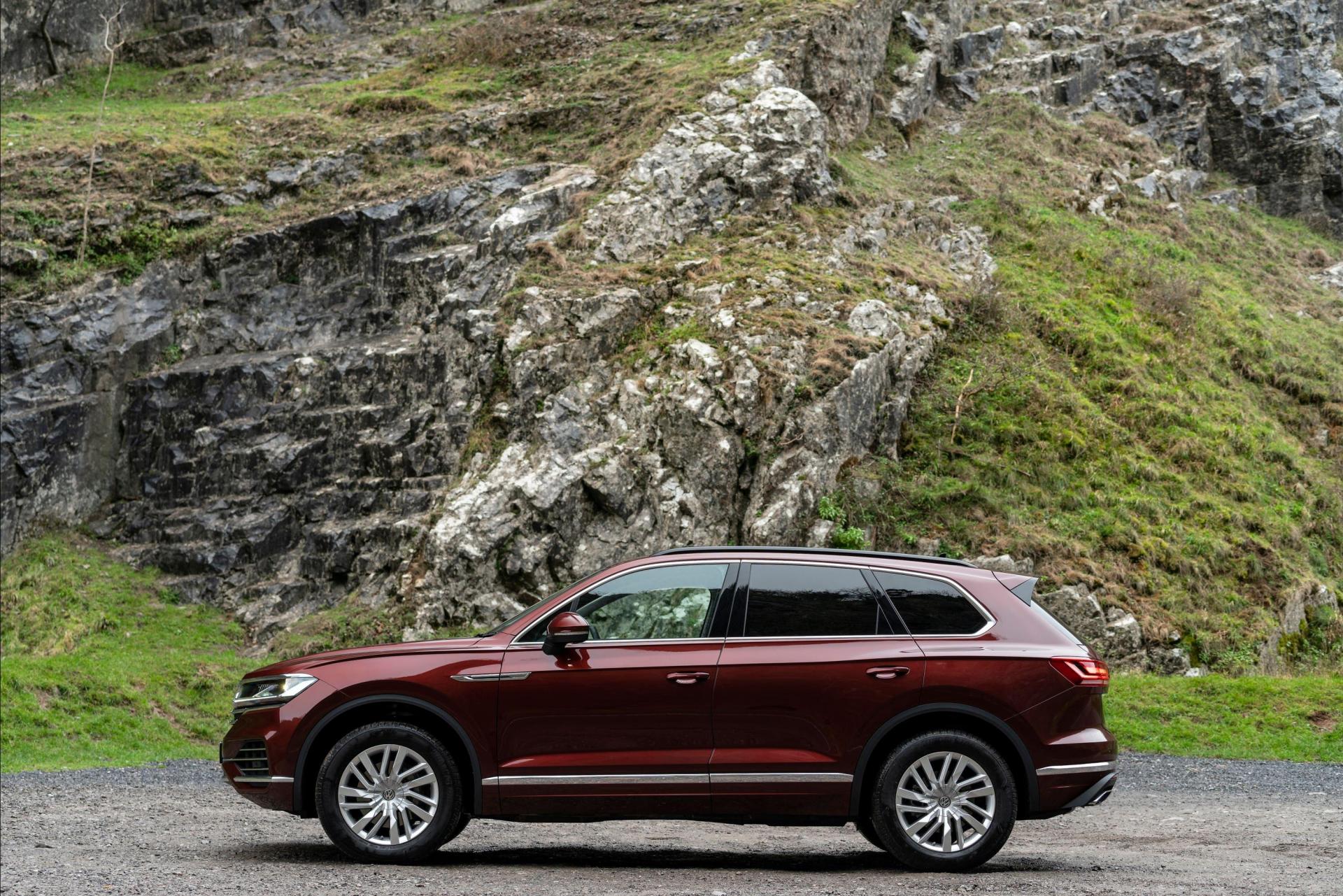 When the first Volkswagen Touareg arrived all the way back in 2003, it was one of a relatively new breed of SUVs. Prior to that, MPVs had reigned supreme, but it was soon clear that high-riding, luxurious models like the Touareg would soon become the go-to option for those who wanted a more commanding view of the road ahead as well as the space and practicality desired by families.

Fast forward to the present day and it’s clear that the SUV segment is more popular than ever. The Touareg isn’t one of a few in this segment anymore, either, with plenty of rivals now here to contend with. Let’s find out how it compares. 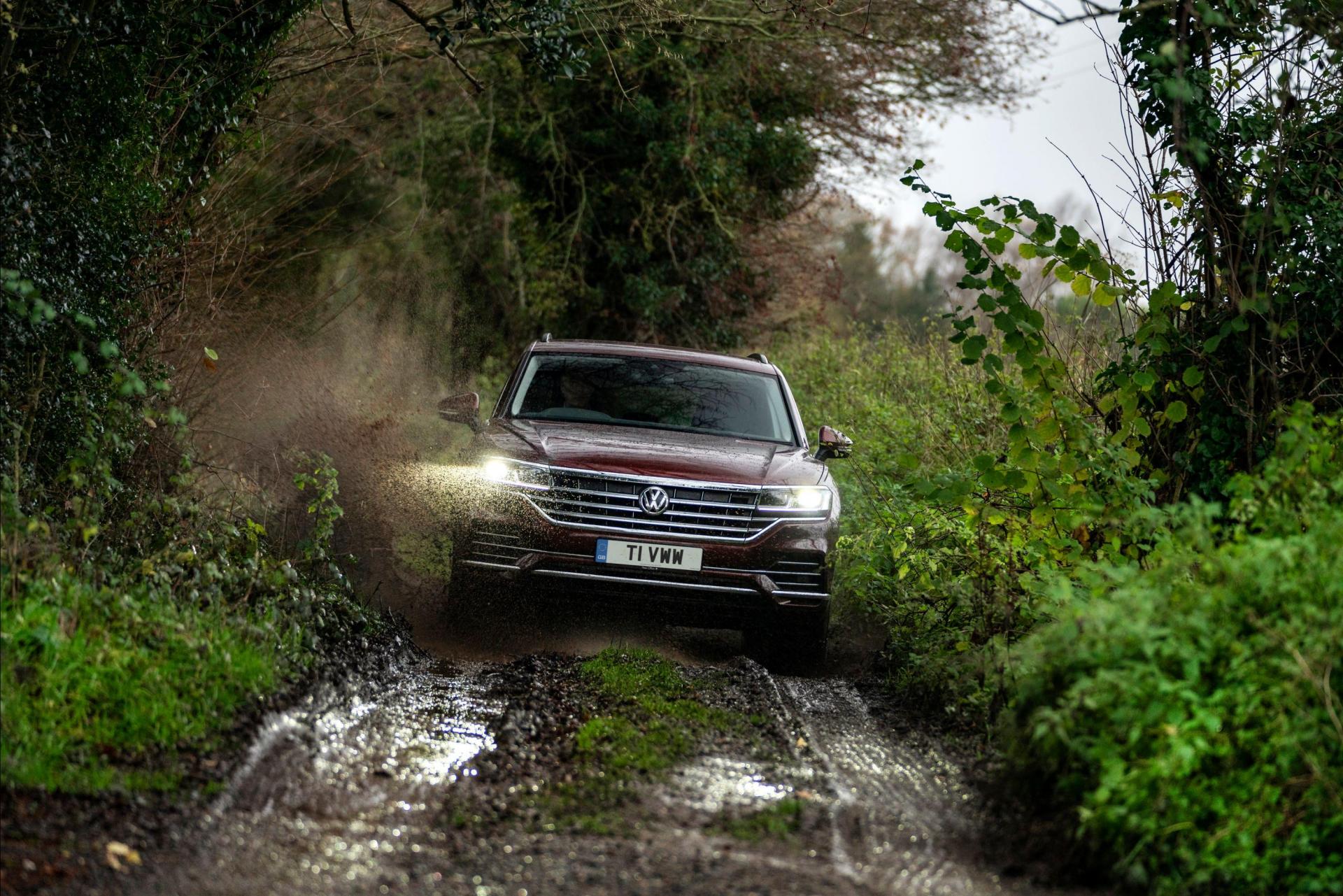 Placed as Volkswagen’s flagship SUV, the Touareg has been blessed with all of the bells and whistles you could possibly want. Though launched back in 2018 it’s been kept up to date thanks to a sharp digital cockpit, a large central screen and an emphasis on driver comfort. Whereas other models try and put a focus on performance, the Touareg is an SUV that has been designed to be capable, cosseting and practical.

It’s also packed with driver assistance systems to ensure that both occupants and pedestrians are kept as safe as possible, while new lightweight materials aim to improve efficiency too. 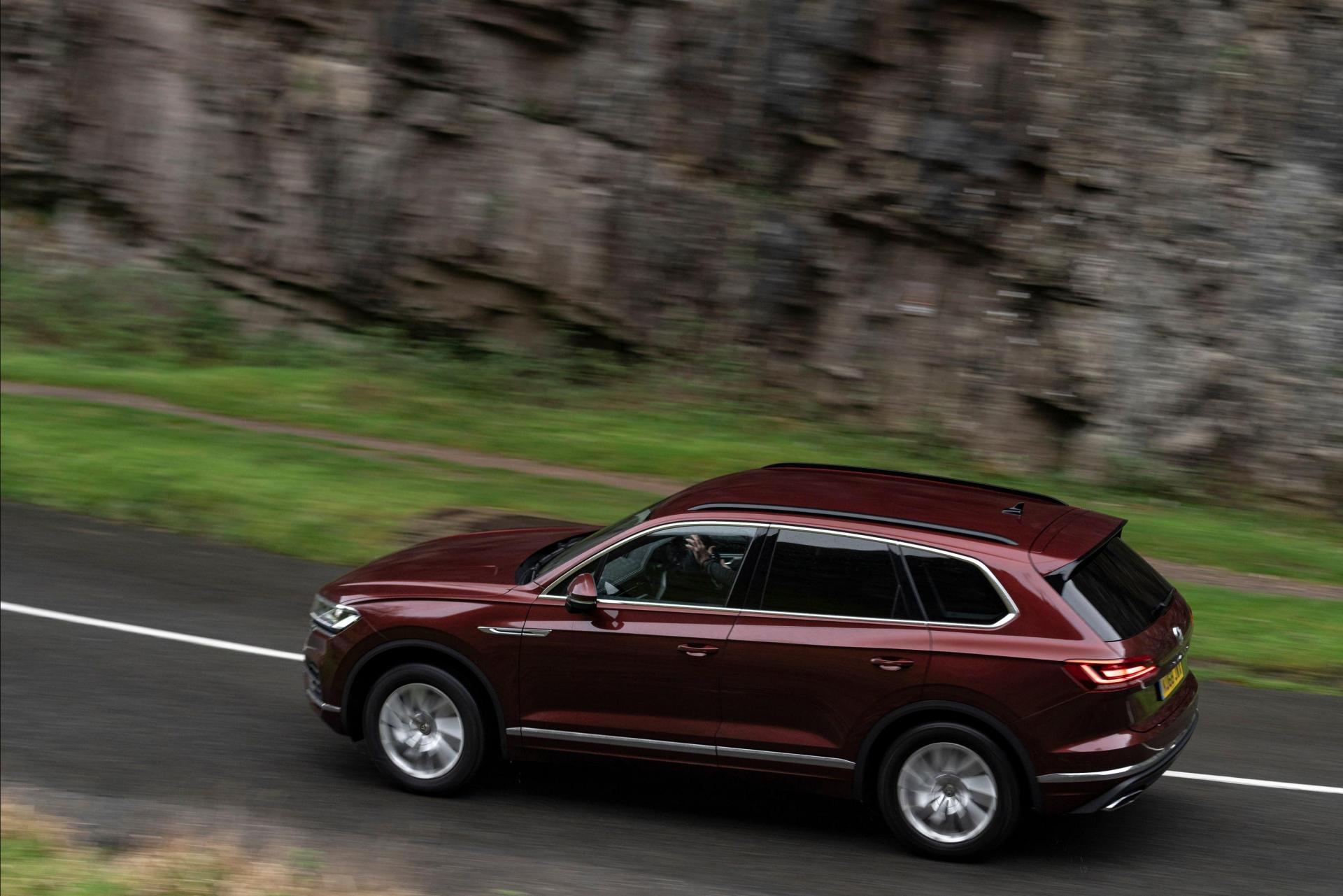 Air suspension helps to keep the Touareg well supported in the bends.

The Touareg uses a turbocharged 3.0-litre V6 engine which brings robust and torquey performance befitting a car of this type. There’s 228bhp on tap, while a healthy 500Nm will be a welcome figure to those who plan on using their Touareg for towing. Power is sent to all four wheels through an eight-speed automatic gearbox, and Volkswagen says it’ll take just over seven seconds for the Touareg to hit 60mph (97km/h) from a dead stop. All in, it’ll do 135mph (217km/h).

When it comes to efficiency, the Touareg is pretty much on par for the segment. Combined it should return 34.6mpg, while CO2 emissions sit at 214g/km. It’s also packed with off-road tech, with permanent four-wheel-drive bolstered by a self-locking central differential with switchable off-road driving programmes designed to ensure that very little stops the Touareg from going forwards.

It’s easy to get set up in the driving seat of the Touareg. There’s plenty of adjustability with the seat and wheel and once you’re comfy, there’s a great view out of the road ahead thanks to that raised ride height. The immediate SUV box is ticked, then.

Out on the road, it’s quiet and comfortable while the optional air suspension on our test car brings a sumptuous level of ride quality that is hard to achieve with standard steel springs. It also means that, should you want to, you can firm the ride up for when more corners come into sight.

But though the engine is punchy and gives the Touareg a lot more performance than the figures might suggest, this isn’t a car you’ll be wanting to take through the bends. In fairness, this isn’t a car pitched as a lap-time breaker, so we can cut it a fair amount of slack for not tracking through corners with racecar precision. 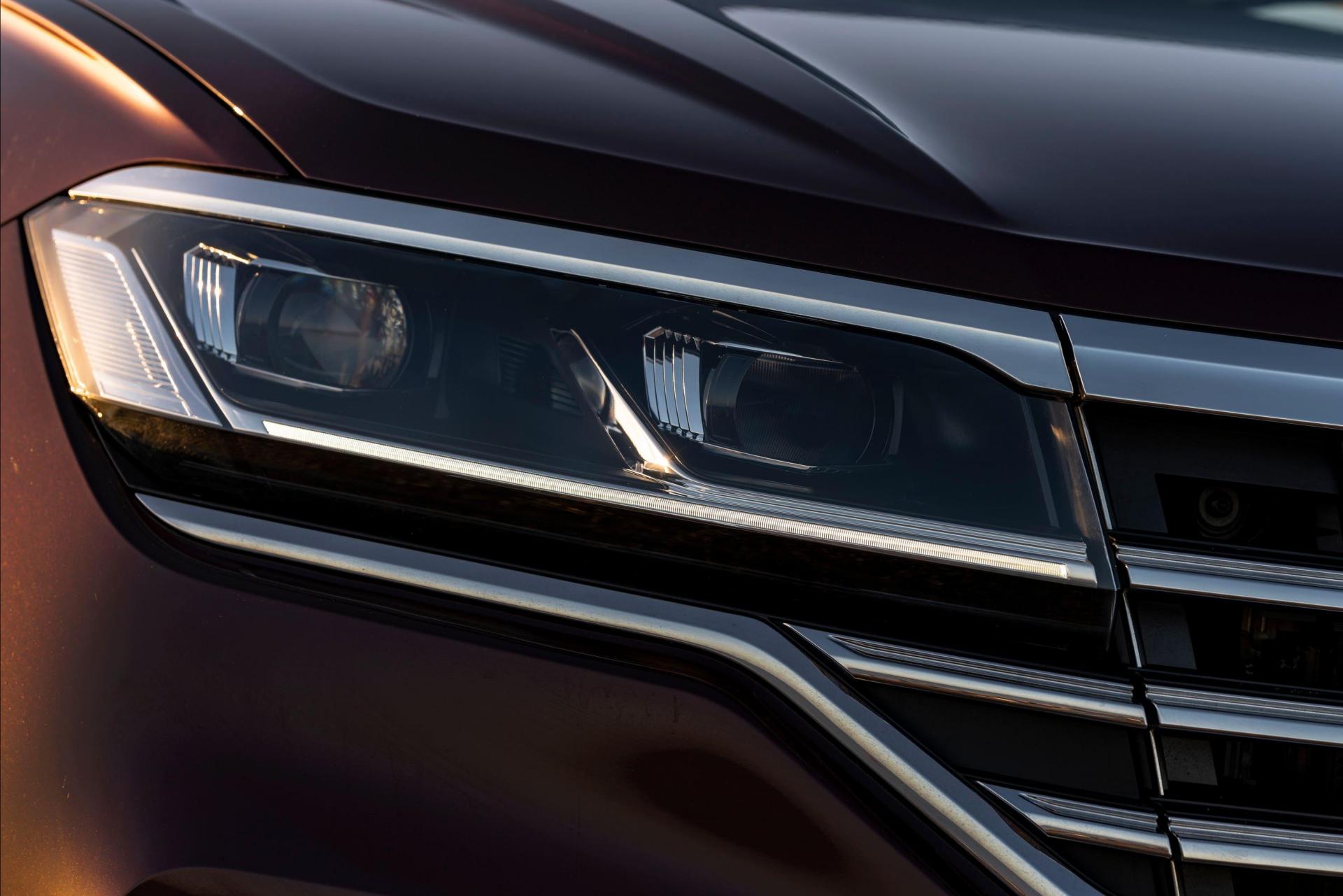 Chrome elements give the Touareg a distinctly premium appeal.

Against the current crop of SUVs, the Touareg’s refined, rather understated design is actually quite refreshing. It doesn’t shout about its own existence, but merely gets the process of design done in rather classy fashion.

We’ll admit that the huge chrome grille up front is hard to miss, but the whole look of the car is executed without too much flamboyance. If you want an SUV which doesn’t shout too hard about being an SUV, then the Touareg is the car for you. 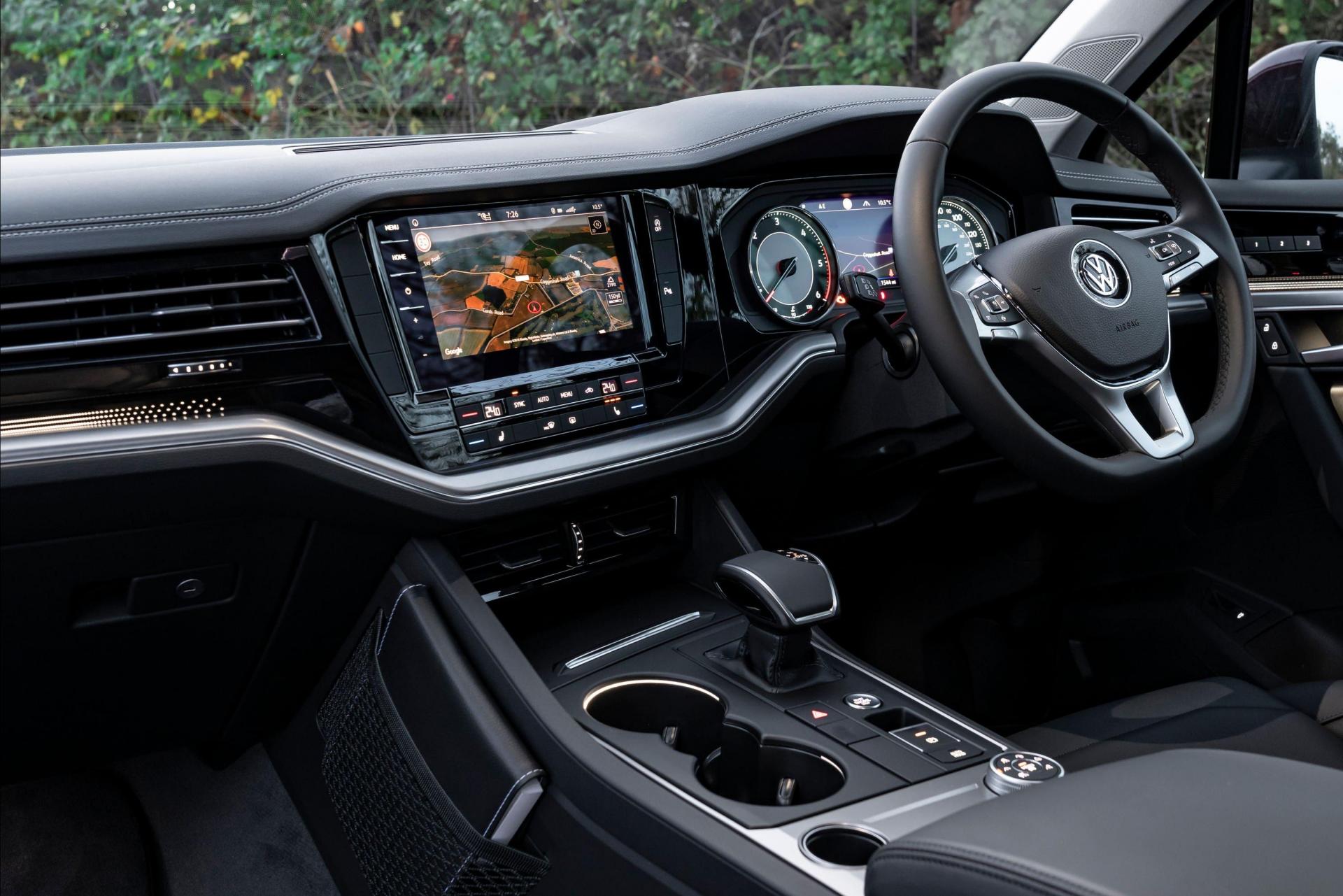 The Touareg has been designed with practicality in mind, which is why its cabin is large and spacious with plenty of space for five to sit comfortably. The front seats are well supported without being overly firm while there’s a good degree of space for those sitting in the back, too. Of course, given the car’s large proportions there’s plenty of headroom, so even taller drivers and passengers will be able to get comfortable.

The seats-up boot space is huge at 810 litres, while this can be extended up to 1,800 litres by folding the seats down. In short, if you need more space you’re probably better off opting for a van. It’s square and easy to access too and despite a relatively high load height, there’s no lip so placing larger items into the back shouldn’t prove too taxing. 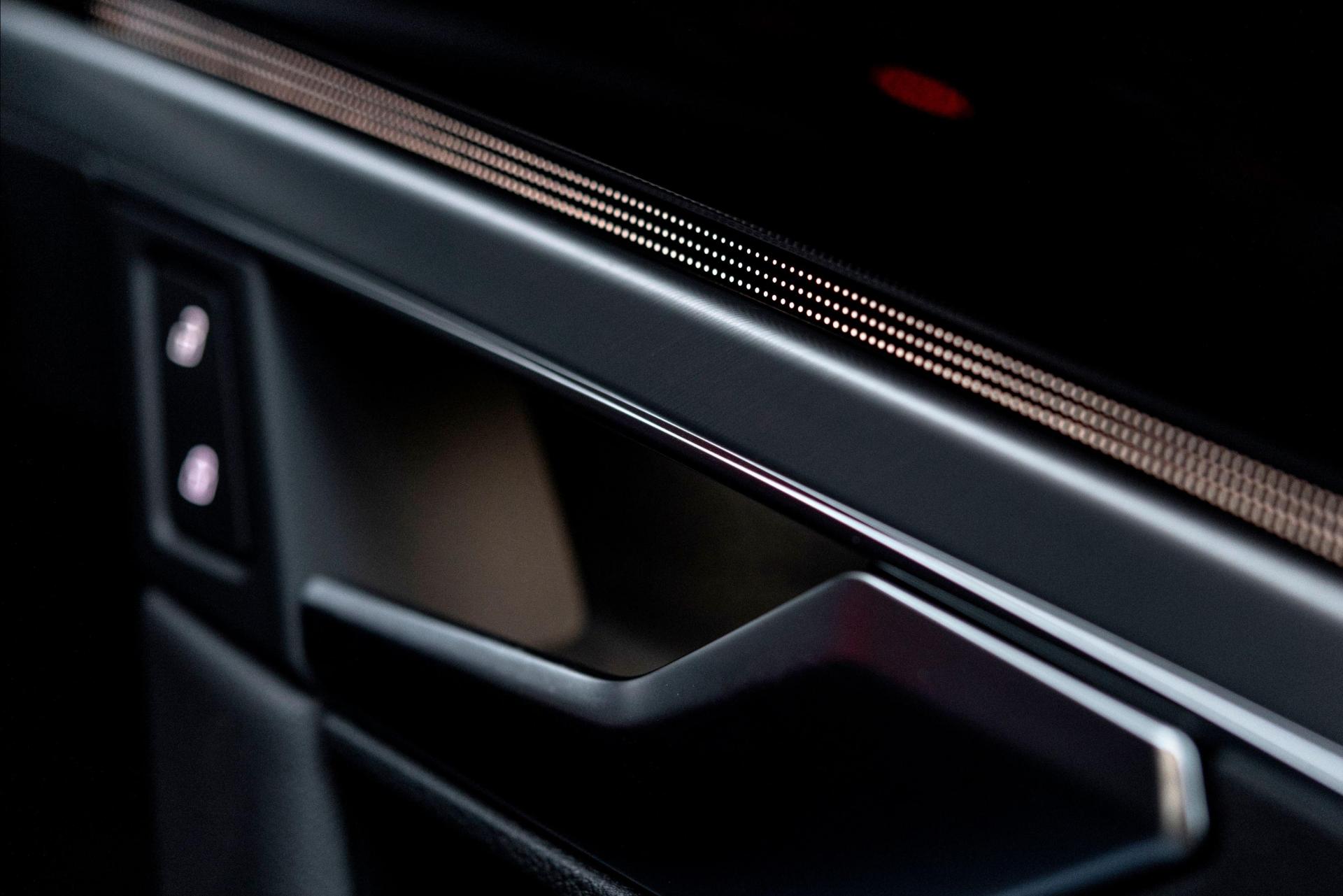 All of the Touareg’s interior elements are finished to a high standard.

‘Our’ test car came in SE L Tech specification which brings a whole host of standard equipment. These include a 15-inch central infotainment display bolstered by a 12-inch customisable driver display in the space you’d expect to find the conventional dials. Apple CarPay and Android Auto are both included too, so you can make the most of that huge display by connecting your smartphone and mirroring its functions there.

Our test car also came with a smattering of options which included the aforementioned air suspension as well as a power folding tow bar, a full driver assistance package with features such as emergency assist, front cross traffic assistant and traffic jam assist and aquamarine blue ultra metallic paint. Though the options do help to bolster the overall package, the level of standard equipment offered with the Touareg is so comprehensive that there’s really little need to go near the options list unless you absolutely need to.

The Volkswagen Touareg might represent somewhat of an old guard of SUVs, but it’s still a wonderfully well-rounded choice in the segment. It’s comfortable, practical and well-styled while also being exceptionally well-appointed inside.

It might not feel like the cutting-edge of SUVs, but if you’re after a large car with space for every eventuality and a torquey diesel engine capable of pulling you out of all situations, then the Touareg remains an admirable choice.