Von der Heyden Yachting, a subsidiary of the international Von der Heyden Group, celebrated the official launch of the iconic Riva brand at the Cugó Gran Macina Grand Harbour on May 25.

The festivity featured three Riva yachts, including the 63’ Virtus Vanquish, the 44’ Rivarama Iniala Spirit and its flagship 90’ Argo NOI.

In attendance were some of Malta’s key heads in the industry, the president and CEO of the Malta Chamber of Commerce and Riva representative Luca Pastore.

Times of Malta interviews the team and Sven von der Heyden, Riva’s lead representation in Malta of the world’s most notable name in luxury yachting.

From Lake Iseo, Italy, to the Maltese Islands. Why Riva?

Oh, this question has many answers! Riva’s unique Italian charm, heritage and prestige are synonymous with the island’s own eternal Mediterranean identity, history and culture, making it a perfect fit for Malta. However, in such a prevalent culture in luxury yachting, we felt that Riva, a timeless emblem of modern, sophisticated elegance, was missing. Another telling factor and inspiration is Malta’s renowned love for Ferrari – Riva’s ‘Made in Italy’ equivalent, having the highest concentrations of these world-famous cars in the world per capita.

With a personal love for Riva’s since childhood, it is both an honour and a privilege to be able to introduce a brand with over 180 years of experience in yacht design and innovation to the islands.

The islands can experience what the late Carlo Riva started in lake Iseo back in 1842, just 1,600 kilometres away from Malta, where it all began. Today, we see the brand cruise over the islands in terms of collaboration in the industry, charters and enquiries on owning one of these masterpieces for life.

A Riva owner once said ‘Riva is poetry in motion’. What makes Riva different?

From the quintessential wooden Riva Aquarama to the Aquariva masterpiece or the 50m flagship, Riva’s timeless line-up has forever been the epitome of the la dolce vita heyday culture.  Wherever one anchors or arrives with a Riva, it attracts the attention and causes admiration of people, synonymous with brands such as Ferrari, Porsche or Hermes in fashion.

With various lengths and models from eight to 50 metres and a shared spirit of performance, safety and exclusive style, each vessel in the Riva range truly personifies the soul of this legendary brand to sublime effect.

The home of Riva in Malta. Where does Von der Heyden Yachting anchor?

SH: Our Riva fleet berths in the Grand Harbour Marina, also home to the group’s flagship luxury boutique hotel, Cugó Gran Macina Grand Harbour, named after the ‘machine’ that was used to hoist and lower masts onto sailing ships.

Von der Heyden Yachting’s fleet includes its flagship NOI, which is currently the only Riva 90’ Argo available for charter throughout the Mediterranean, the Riva 63’ Virtus, Vanquish  available in Malta, Amalfi Coast, Capri and Sardinia, as well as the Pershing 62’ ENCI in the Balearics. The Von der Heyden Yachting fleet will soon be growing with other Ferretti Group yachts. 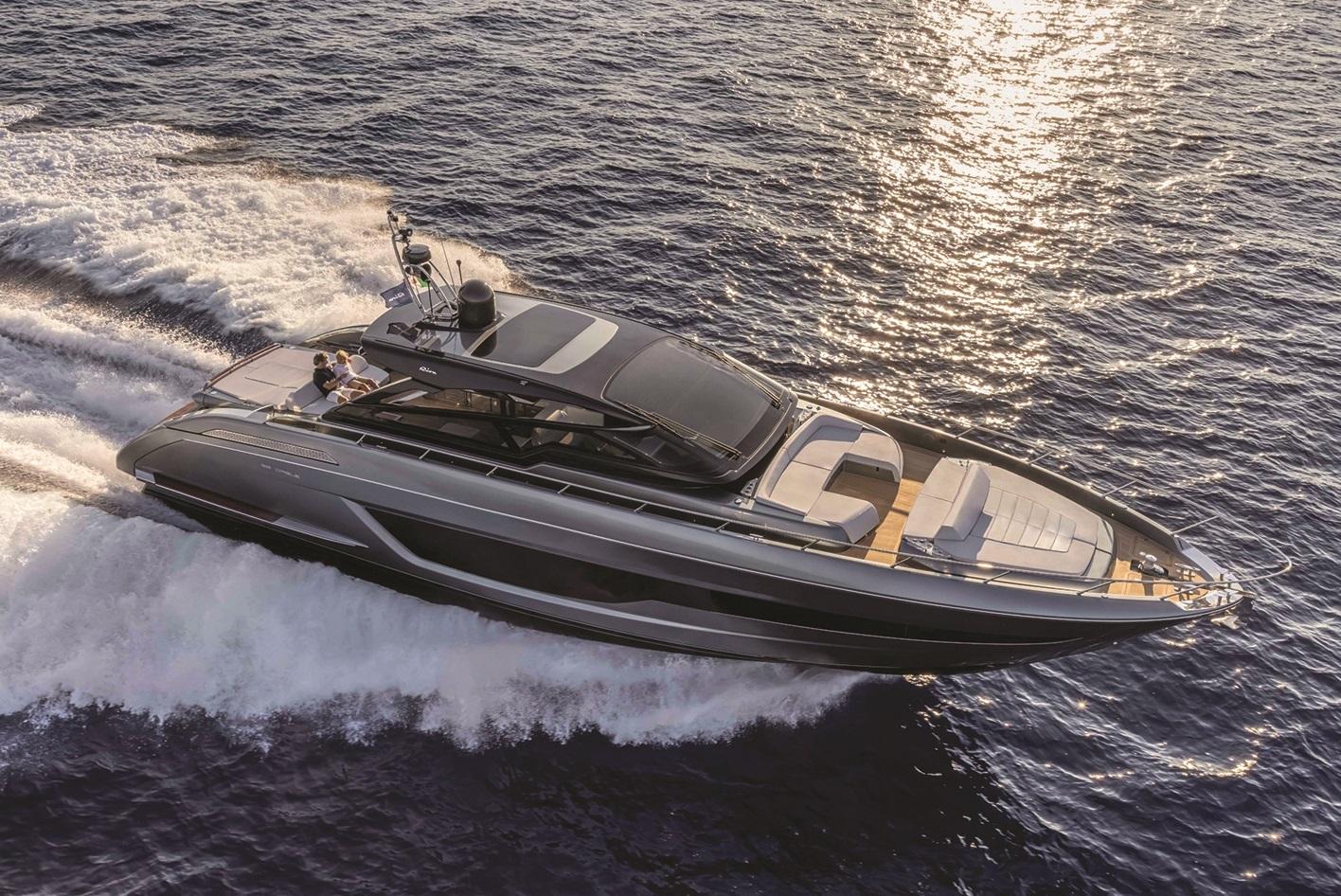 A sleek profile with stylish details infuses this trendsetting yacht with a fashion-driven spirit. Riva 68’ Diable sets the bar as the must-have open yacht, an incredible boat that tempts and beguiles. Fitting neatly between the Riva 56’ Rivale and the Riva 76’ Bahamas – and marginally quicker than both – the new Riva 68; Diable is whatever you want it to be, from an uber-chic dayboat or weekender, to a super-luxury cruiser which sleeps six. The hardtop, with its sliding sunroof and powered Bimini, makes the Diable superbly versatile for a variety of conditions. Due to Riva’s celebrated hull design and their expertise with shaft drive, the handling is sublime, with a majestic ride and impeccable seakeeping. 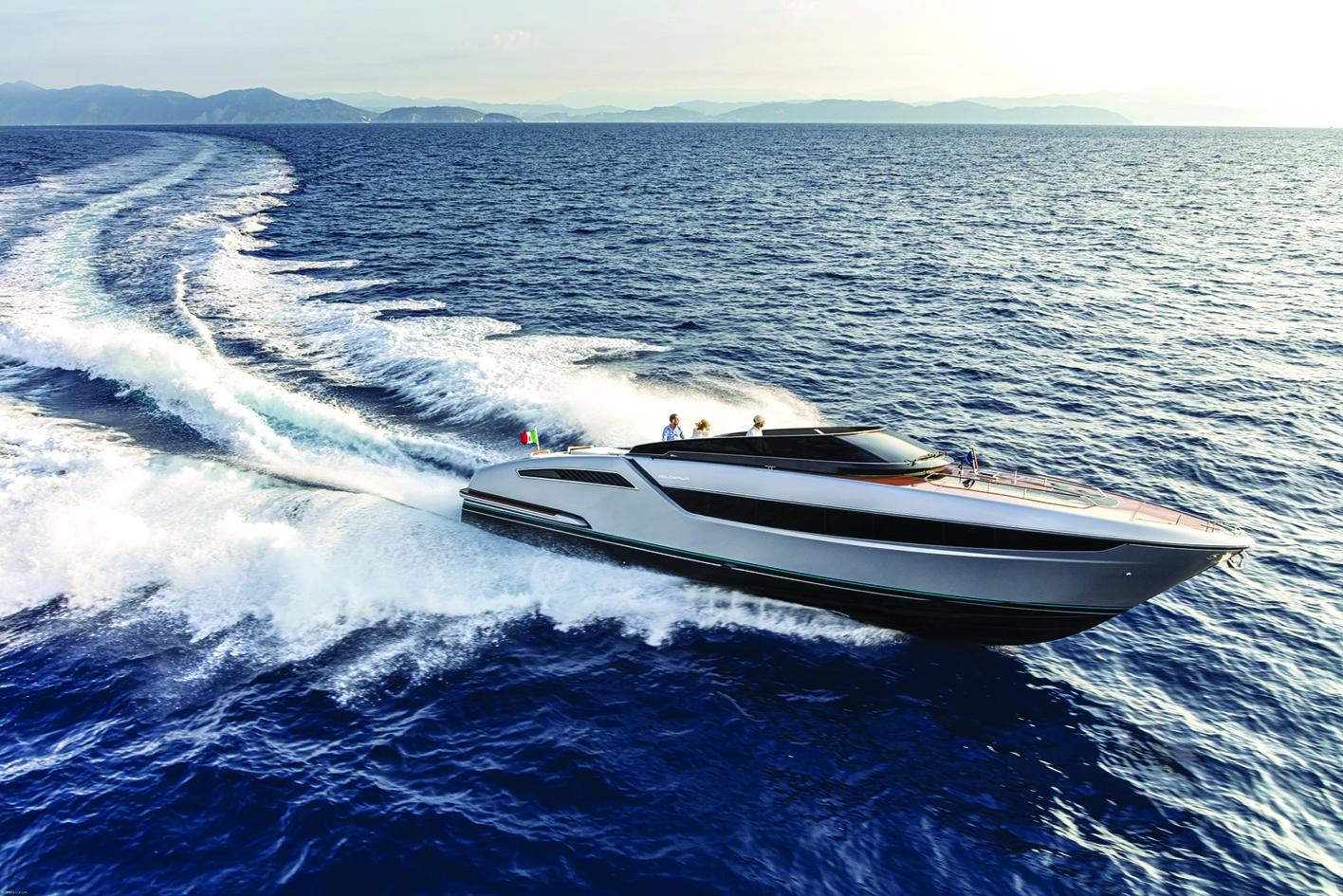 There are yachts that tell a familiar story and then there are those which write an entirely new one, as with the Dolceriva whose profoundly rethought design and style open a whole new chapter for the historic Sarnico yard. Riva’s 48’ open yacht was conceived for onboard living in consummate comfort. Futuristic design and a legendary yard’s heritage come together in a single word – Dolceriva.