Malta holds its general election on Saturday, in a national vote that will elect the country’s fourteenth legislature.

Polling stations opened at 7am in towns and villages across the country’s 13 electoral districts. They will continue to accept voters until 10pm.

There are up to a maximum of 340,423 votes up for grabs, with a further 14,473 voting documents remaining uncollected by the electoral commission’s Thursday night deadline.

The incumbent Labour Party, led by Robert Abela is widely expected to march to a commanding victory and complete a hattrick of general electoral successes.

Discussion about the eventual margin between Labour and Bernard Grech’s Nationalist Party is more contentious, with polls predicting gaps ranging from 28,000 to 39,000 votes.

A Times of Malta poll carried out between March 5 and 15 by market research firm Esprimi predicted a 55.1%-43.5% split in Labour’s favour, translating to a difference of roughly 37,000 votes.

Independent and third party candidates are expected to capture anything between 1.3 and 2 per cent of the vote, according to polls.

Abela and his wife Lydia cast their vote in Marsascala after 9am.

President George Vella is expected to cast his vote in Żejtun at around 11am, with Abela and Grech voting earlier in the morning in Marsascala and Mosta respectively.

Saturday’s election is an unusual one in many respects: it is being held under the shadow of a war in Ukraine that began just days after campaigning began, and in conditions that have been somewhat muted due to COVID-19 considerations.

The pandemic has also led to some organisational changes. Seven COVID-19 polling stations have been set up in Malta and Gozo to cater for voters who are in self-isolation or quarantine, and only fully-vaccinated people will be allowed into the Naxxar counting hall. 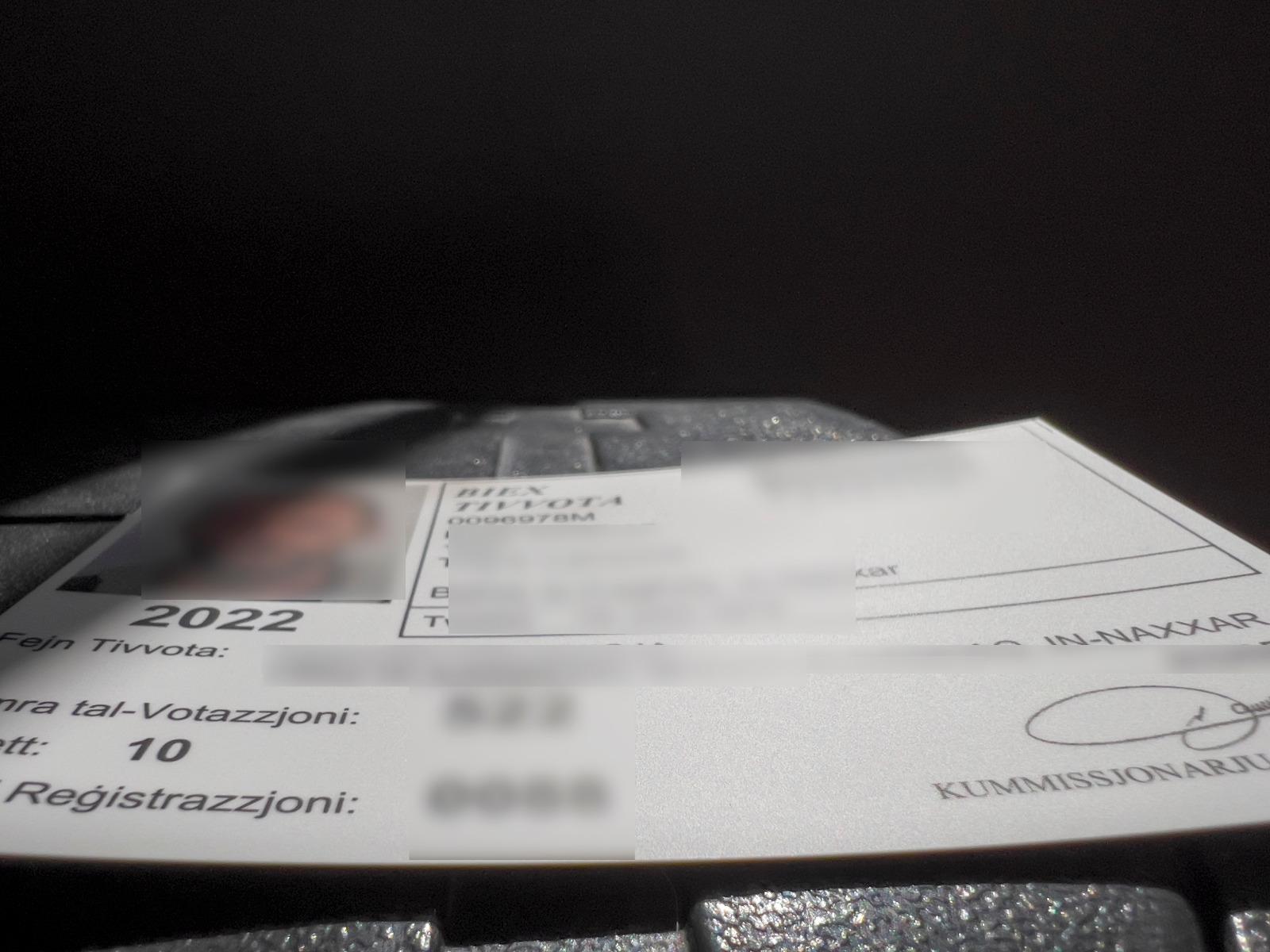 More than 14,000 voting documents were not collected. Photo: Jonathan Borg

It is also an election featuring a number of firsts. Voters will include 16- and 17-year-olds for the first time in a general election, adding roughly 8,500 votes to the eligible population. And Malta’s next parliament could include an as-yet-undefined number of additional female MPs, as a result of the introduction of a contentious gender balancing law.

The laborious process of counting votes will also be significantly different in this election. Votes will be sorted and reconciled manually, as is custom, and party agents will have the opportunity to inspect them and flag dubious ones.

But rather than being counted manually, votes will then be processed by scanners that will count the votes electronically, as happened for the first time in the 2019 MEP elections.

The electoral commission has said that it will most likely take until the early hours of Monday morning to deliver an official result. However, the overall winner is likely to be declared on Sunday morning, with further indications of how parties fared expected throughout that day.