Gozitan MP Chris Said has blasted the “unacceptable” practice of asking vulnerable Gozitans as well as frontliners to get vaccinated in Malta.

Taking to Facebook, Said wrote that he had received information about various Gozitans classified as vulnerable being asked to travel to Malta twice for their COVID-19 vaccine donations.

He said the same also applied to Gozitan frontliners.

“If this is true, the situation is unacceptable. It makes no sense for Gozitans, especially the vulnerable, to be sent to Malta to get their vaccine.”

Said accused the authorities of lacking common sense by taking such an approach.

The MP urged the government and health authorities to find a solution that allows all Gozitans to receive the COVID vaccine in Gozo.

Times of Malta also obtained an appointment letter for a Victoria resident showing two appointments for the COVID-19 vaccine at Mater Dei hospital in February and March. 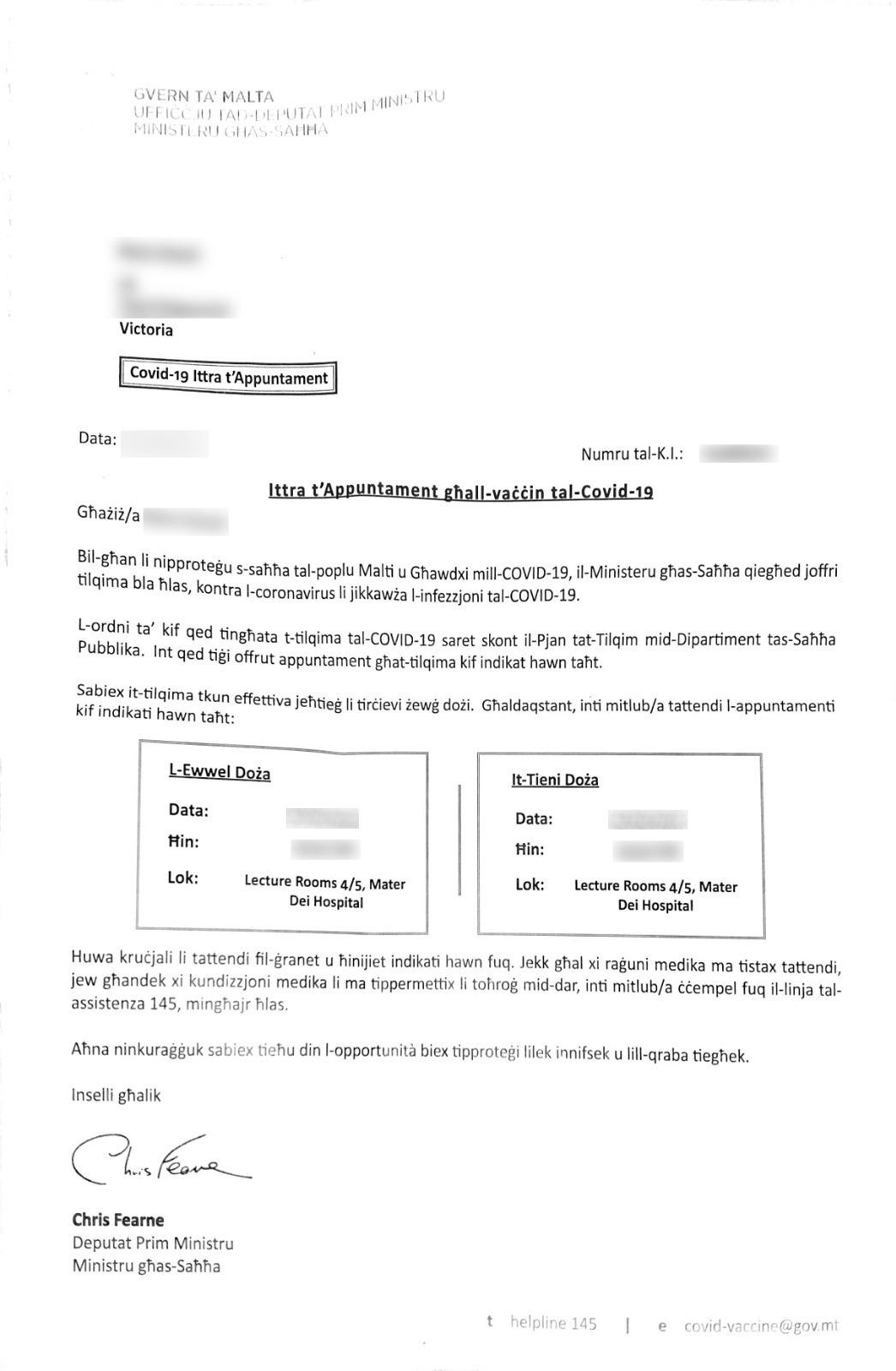 Qala resident Jenny Scott separately wrote in to Times of Malta about how her clinically vulnerable 75-year-old husband received a vaccine appointment in Malta for the following day.

“Lucky the post was quick in arriving, less lucky that we live in Gozo. He is being asked to put himself at considerable risk in travelling first on the ferry and then by public transport or taxi to an institution where he will come into contact with even more vulnerable people and potential infection.

“How does this make any kind of sense when we have a perfectly adequate hospital here in Gozo where surely the vaccinations could be administered”, Scott wrote.

Gozo has its own vaccination programme, with the first vaccine being administered at Gozo General Hospital last December. Rabta health centre is also being used.

The number of virus vaccines given across Malta and Gozo stands at 57,683, with 18,536 being second doses.