These represent the petrol, plug-in hybrid and diesel powertrains respectively, with VW saying that it expects these GT models to account for 15 per cent of all Golf sales. 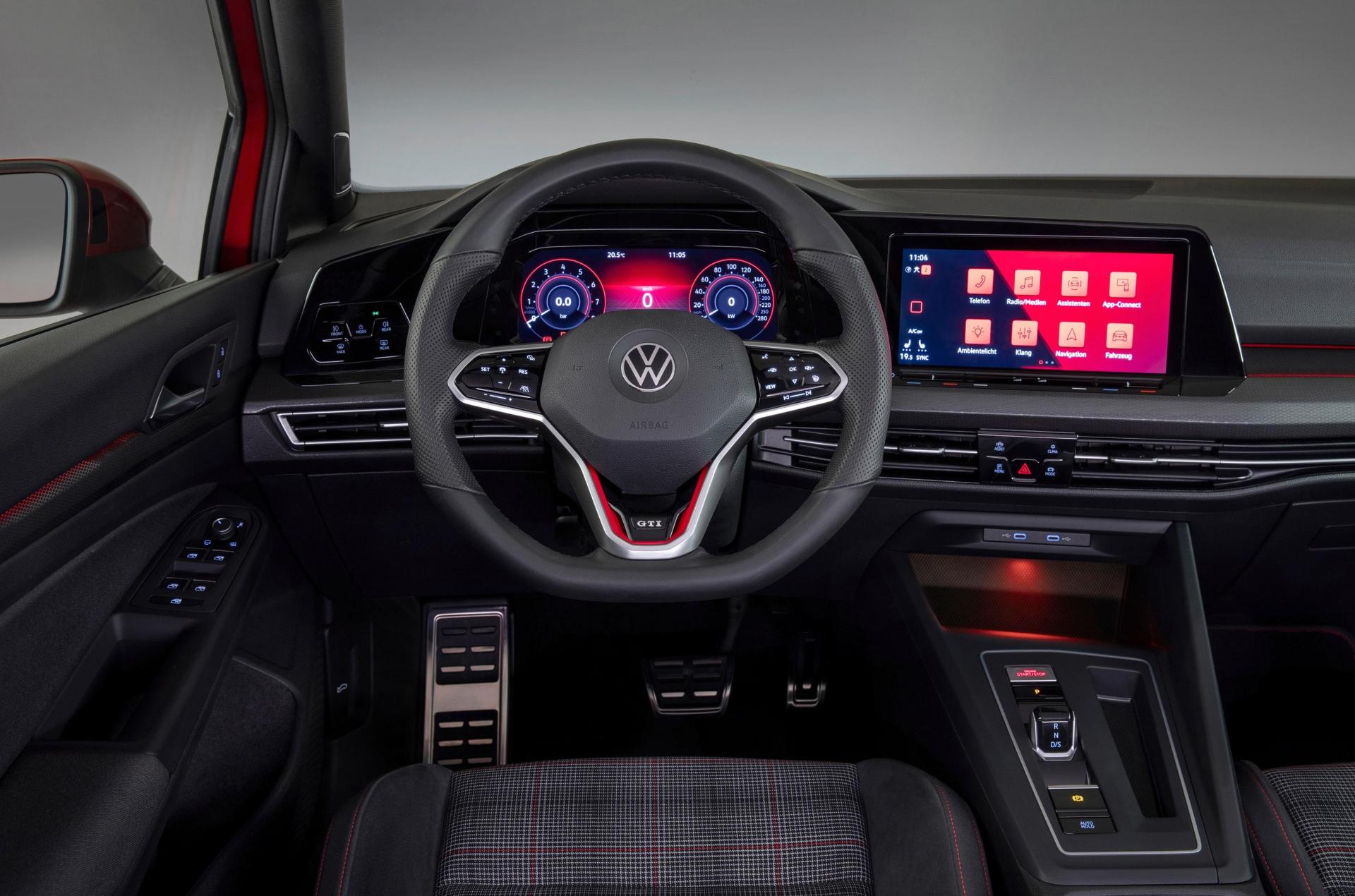 The GTI and GTD models get the digital cockpit as standard, while the GTE gets the upgraded Innovision Cockpit. (VW)

The iconic GTI model returns for the eighth-generation Golf with a 2.0-litre turbocharged petrol engine making 242bhp and 370Nm, while the hybrid GTE is now offered with an identical power output but more torque at 400Nm. The GTI is available with a six-speed manual gearbox as standard or an optional seven-speed dual-clutch automatic, while the GTE gets a six-speed automatic.

The diesel GTD focuses on lower running costs, with a 197bhp engine that matches the GTE’s 400Nm of torque. VW says its nitrogen oxide emissions are much lower than its predecessor. 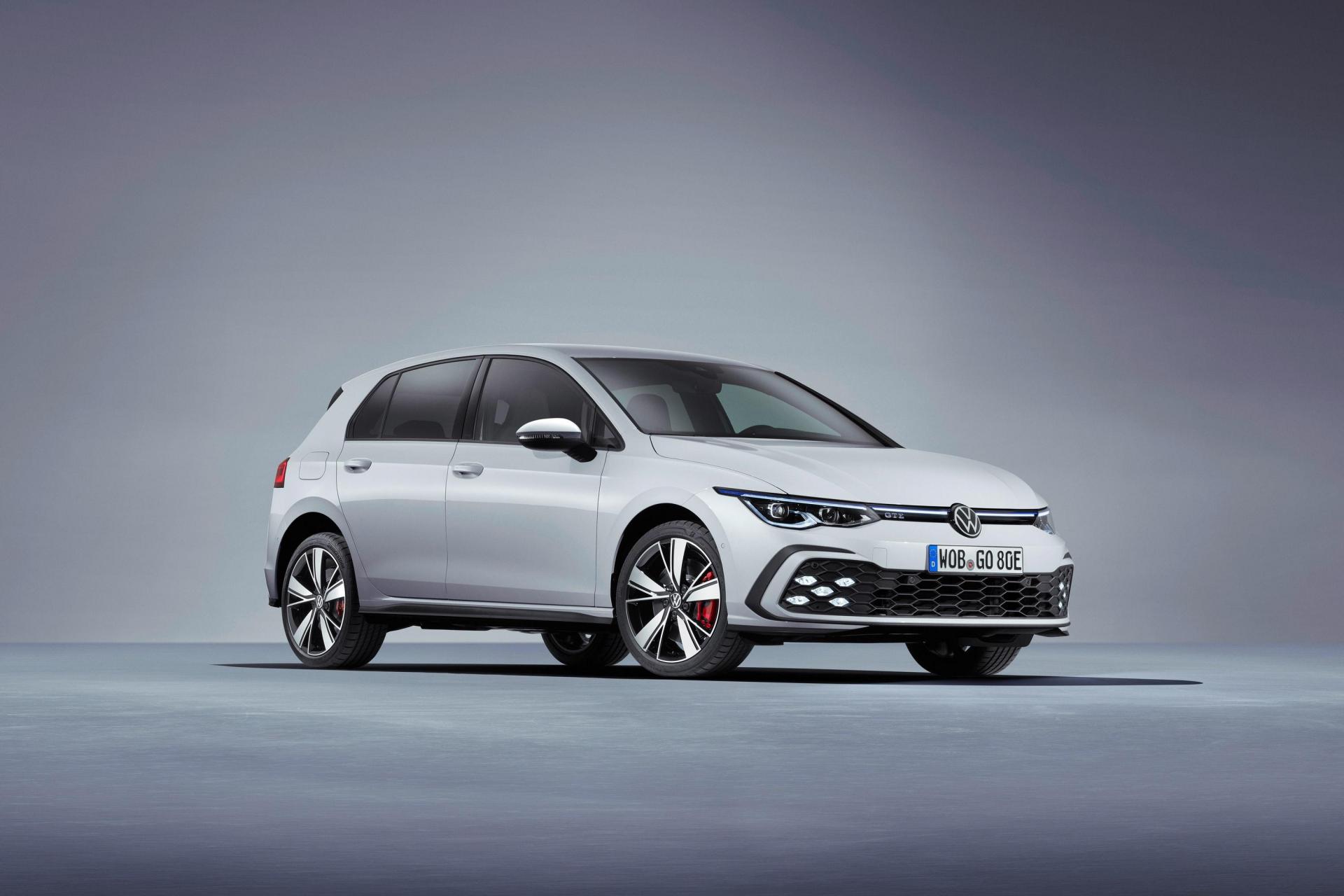 The plug-in hybrid version has the same power output as the iconic GTI. (VW)

On the outside, GT models have a one-piece, honeycomb-shaped lower grille, 17-inch alloy wheels with optional 18- and 19-inch items available, red brake calipers, and a sporty body kit. Standard equipment also includes LED headlights with an optional LED strip that lights up the front grille.

To differentiate between the models, the GTI model gets a red trim piece across the front of the bonnet, while the GTE gets blue and GTD gets silver. 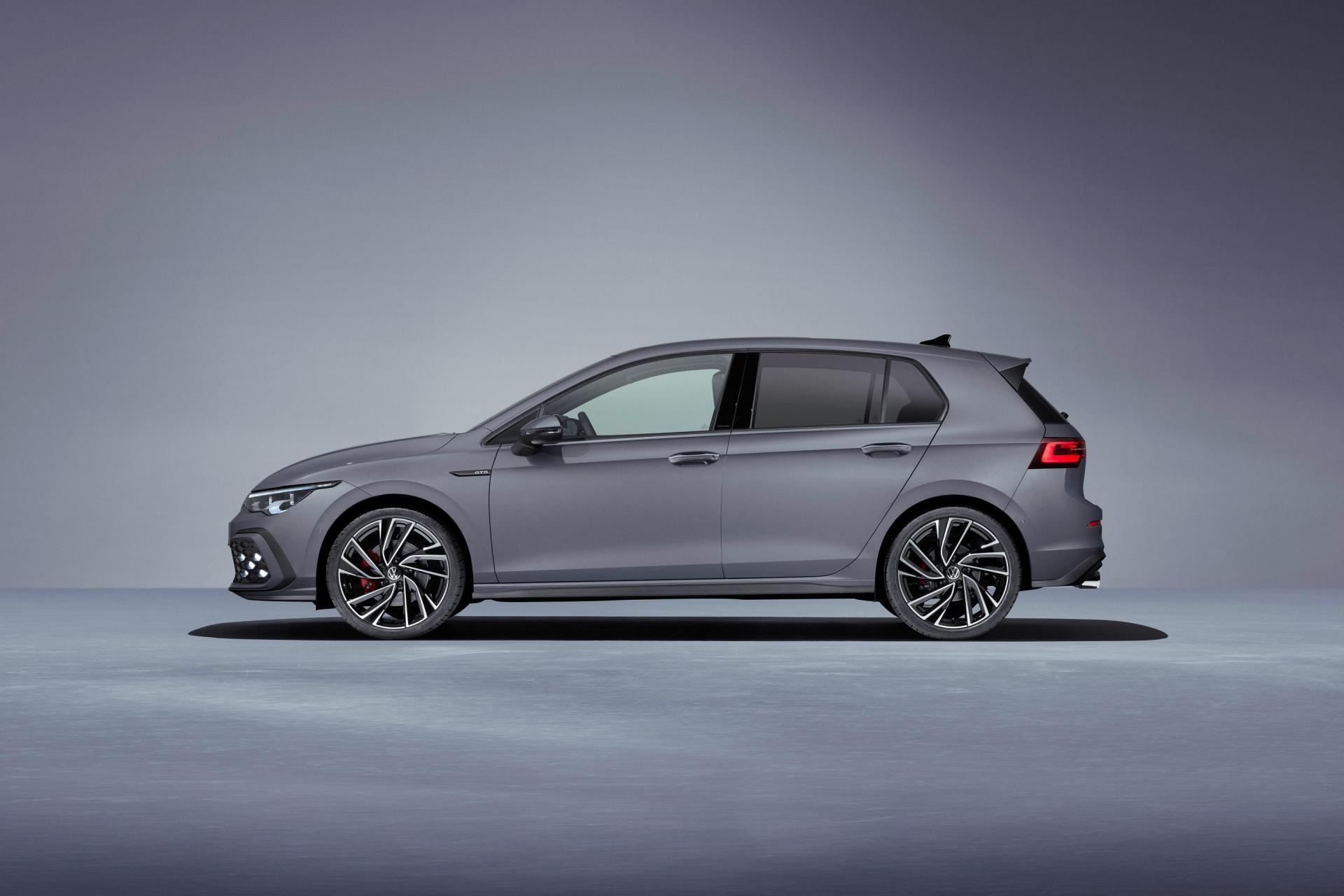 The diesel-powered GTD gets 197bhp and a focus on long-distance efficiency. (VW)

Inside, the digital cockpit is included as standard, offering a detailed instrument binnacle, while the GTE gets Volkswagen’s Innovision Cockpit as standard, which merges the centre console screen and digital cockpit. This is an optional upgrade on GTI and GTD models. Other features of the cabin include a sports steering wheel and the traditional GTI golf ball gear knob and tartan seat covers.

All eighth generation Golfs get plenty of safety kit, such as lane assist, emergency braking assist with pedestrian monitoring and an electronic differential lock, the latter of which is controlled by a new vehicle dynamics manager in GT models that makes the car sharper to drive.