People will be able to taste Malta's “future water” on Sunday, as the Water Services Corporation works on its plan to supply consistent and improved taste across the islands.

That’s the promise of the WSC’s CEO Richard Bilocca ahead of an open day being held by the corporation on Sunday March 25 to mark World Water Day.

Tap water is already perfectly safe to drink, but the salts in the water which come from the water table give it a taste which most people find unpleasant. This means the majority resort to bottled water.

But this will eventually be a thing of the past: the corporation is “revolutionising” the distribution of water.

A €100 million infrastructural investment being funded by the EU is currently at preparation stage, with the environmental impact assessment consultation underway, the tender issued for the 1.5 tonne pipes and another soon to be issued for the excavation works.

In a nutshell, the corporation will be linking the Pembroke reserve osmosis plant directly with the main reservoir at Ta’ Qali – a 9.5km stretch – via 1.2m diameter pipes through a tunnel.

Once at Ta’ Qali, the water will be blended with groundwater (increasing the share of the former), and then polished to remove the salts and give a “very noticeable improvement in the taste” in each household.

“And we are guaranteeing uniform quality across the island, whether you are in Mellieħa or Marsaxlokk,” he vowed.

Most people assume that the taste comes from added chlorine (which kills any bacteria in the water), a misconception that Mr Bilocca dismissed.

“All you need to do is leave a glass of water for 15 minutes and the chlorine would evaporate! It is not an issue of taste but of safety… We look after the water until it gets to the meter, but some households might not have an optimal system of plumbing and might not even have their kitchen tap connected to the mains, although we do offer assistance and advice for those who have problems. And imagine if you have water lying for months in pipes in a summer house… You will always need chlorine,” he said.

READ: Malta has a one-month supply of water in case of emergencies

However, things will improve on this front too, as the dosing of chlorine – which is always monitored on a live basis – is being refined.

“We are running a pilot study on a very interesting technology called electrochlorinators, which do not rely on added chemicals but use the salts which are already in the water.”

The corporation does not only produce water for drinking: it now also produces ‘second class’ water for agriculture and industry, which it gets from the sewage treatment plant by filtering and polishing to reach very high standards not far below potable limits.

Rather than castigating farmers who were drawing too much water out of boreholes – which sucks salt into the water table, causing massive problems – the government has now set up an outlet at Mellieħa where eligible farmers can gain access using a card and draw a substantial amount of water for free.

“Using this sort of a carrot is much more effective than trying to stamp out illegal use. And it is more than just one carrot! Apart from being cost-effective for them, it provides them with a stable supply of low salinity water which is having a very positive impact on their crops, giving them a better shelf life. Some farmers tell us that they are able to get two crops a year, rather than one, because the water does not have such a negative impact on the fertility of the soil.”

Other outlets are planned for Tal-Barkat and Gozo, and the corporation will use ‘heat maps’ to see where agricultural demand is highest so that it can focus on those areas first.

The corporation aims to reduce the amount of groundwater taken out of bore holes, whether for drinking water and for agriculture.

You will always need chlorine

“If you extract too much fresh water from the top, the water table sucks up more seawater from below, to put it simply.

“All the boreholes controlled by the WSC are monitored in real time from the control room, for various parameters, which shows us the health of the source. Now we are installing an automated system, which will be intelligent enough to show when one is distressed and shut it down in favour of another one. So we will give it a chance to regain water.

“We can only do this because we now have enough capacity to do so. We have to be in a position to safeguard this precious resource for future generations,” he said. 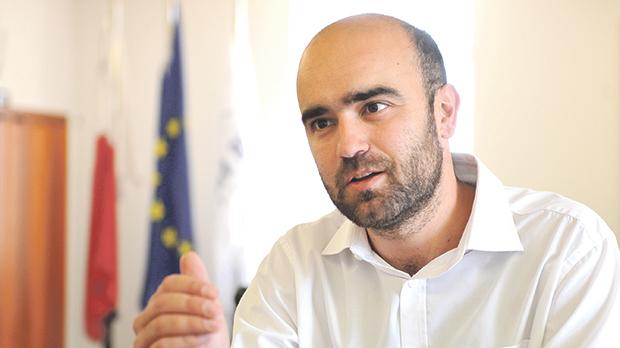 One thing that he does not foresee is purifying sewage to potable levels, as engineer Marco Cremona had been doing before his new system got turned down by the Food Safety Commission.

“We have unlimited amounts of seawater around us. I am not sure why we would need to spend considerably larger sums to purify sewage when we could purify seawater for much lower cost,” he said.

The corporation has also been working to increase revenue and reduce costs. For a start, it spends over €16.5 million a year on electricity, so even minor gains in efficiency make a huge difference. Upgrades to the reverse osmosis units actually mean only half the amount of electricity will be required.

The corporation is also trying to become energy neutral by using renewable forms of energy – not only from its solar panels at Fiddien but also using gas at its sewage treatment plant to generate 1 megawatt hour of energy.

“We want to sustain the growing economy and larger population, but not at the expense of the environment. And we are doing this already; this is not pie in the sky,” he said.

It has also seen great improvements on leakages along its system, which is now measured at around 1.9 on the internationally-recognised index, one of the best rates in Europe.

“We have now reached the optimal levels so that if I invest €1, I save €1 on lost water. If I were to increase that investment, it would not result in any increased savings,” he explained.

Faulty meters and pipes are also being replaced, but it is also trying to help consumers reduce their own leakages.

“There is a section on the website where you can log in with your e-ID and check your consumption by the hour. If there is something wrong, you will be automatically alerted to the possibility of a leak,” he said.

“Just last week, we had a household of two people which had an average night consumption of 18 litres an hour. It turned out that they had a leaking flushing. We hope that you can help us make people aware of the tools that there are to help them.”

Over the past months, the WSC has also been in the news for other reasons, perhaps the wrong ones: 222 people ‘found’ jobs there in the few months before the 2017 election. But Mr Bilocca, who took up his post just five months ago, is adamant that they really were needed.

We are guaranteeing uniform quality across the island, whether you are in Mellieħa or Marsaxlokk

The corporation had been cutting down its headcount, from 1,040 people in 2011 to 987 in 2016. So 222 is quite a huge chunk, especially as the recruitment was not gradual but done in a relatively short space of time.

“As a corporation we have a large portfolio and some of the tasks are very labour intensive. I have only been here for five months but from what I have seen, our workforce is very well deployed.

“There was a case recently when there was a major burst at around 4pm, just before Christmas, and a reservoir was half emptied in just half an hour. Our rapid response team was there till 3am to fix the issue. There was a more recent leak in Naxxar which took a team of 20 people two weeks to solve. There are emergencies round the clock.

“So if you ask me whether the corporation is overstaffed, I can tell you that the answer is ‘no’. There is a lot of work to do and we want to do even more. I am not saying that we will be taking on another 200 people, but we could certainly keep a few more busy!

“We are committed to reducing leaks and sewage overflows, to providing new services, to maintaining the infrastructure. We need to appreciate the massive amount of work needed to sustain the system.

“If you read the UN Charter on Human Rights, it includes water. Water is intrinsic to the quality of life and anything we do to help people enjoy the water they receive in their homes is a direct improvement to their quality of life. We are determined to increase their confidence – while producing water in a sustainable manner.” 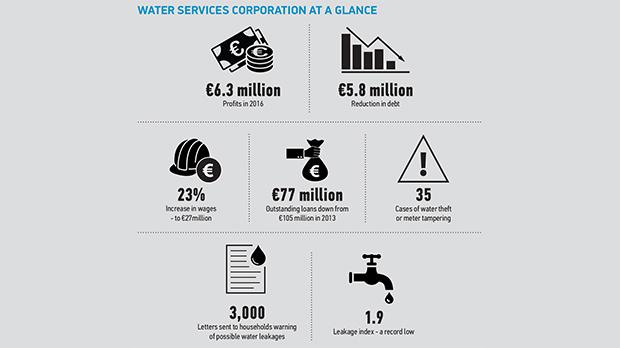 ▪ The WSC website will allow you to check whether your consumption is normal. Litres of water being consumed while you sleep could indicate a leak.

▪ Leaving water to ‘breathe’ for 15 minutes will allow the chlorine to evaporate and improve its taste.

▪ Want to check how pure your water is? You can also do so through the website, which shows its quality in real time.

▪ The three reverse osmosis plants were put on different sides of the island in order to reduce the risk of pollution affecting all Malta’s water production.

▪ Still worried about pollution, say from oil spills? The reverse osmosis plants do not get the water directly from the sea but from deep boreholes on the shore, which are largely protected from contamination.

▪ The Water Services Corporation will be open today from 10am to 5pm.