The remaining 37 people on a Spanish NGO rescue vessel in international waters need medical attention after more than a week at sea.

The Salvamento Marítimo Humanitario ship rescued 44 people in Maltese waters earlier this week and is currently in international waters close to the Italian island of Lampedusa.

Italian authorities have evacuated seven people since Tuesday - a family including a pregnant woman and a seven-year-old girl, and another four men.

Malta has denied all entry to its ports, declaring them "unsafe" because of the coronavirus pandemic.

A spokesperson for the Spanish NGO said: “They are really weak after four days at sea and another four days aboard the Aita Mari. Unfortunately, we do not have the usual medical team onboard, as we were in transit to Spain with only the minimum shipcrew aboard.

“Italy is supporting us with their radiomedical service but this is not enough to monitor their health."

The former fishing vessel is understood to have been granted permission by the Maltese authorities to provide water, food, and life jackets to a crowded dingy on Monday. 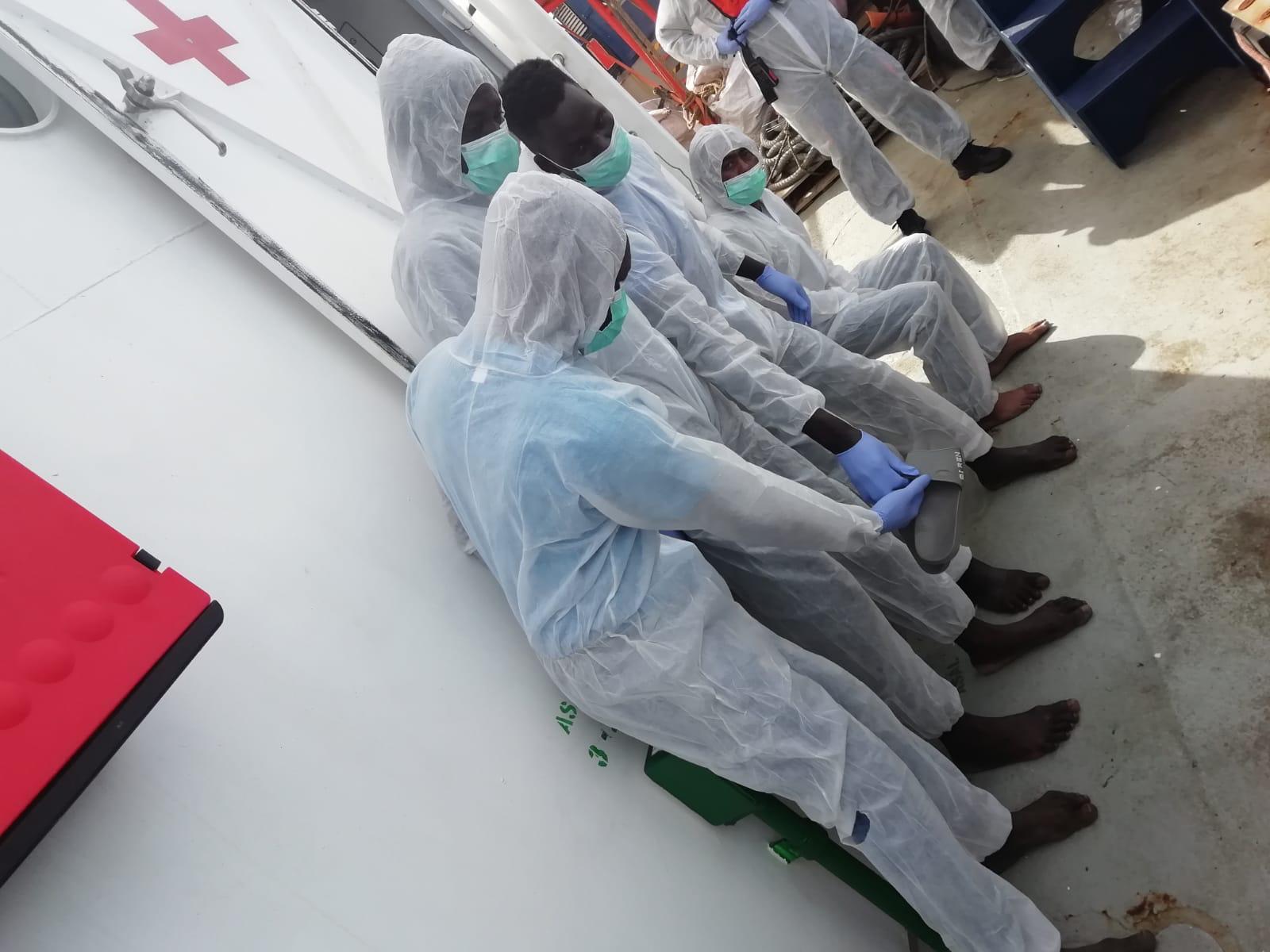 The Aita Mari had left from the Sicilian port of Syracuse on Sunday and although it was meant to head to Spain, it had instead gone to the aid of the 44 desperate migrants.

The Spanish NGO thanked Italy and Lampedusa for their help. The group of desperate people came from one of four migrant boats that were left stranded after the Italian and Maltese government's decision to close ports.

The people on board another of the boats were on Wednesday returned to Libya, where it was discovered that five passengers had died.

The Church in Malta has meanwhile written to the Holy See asking for its help to negotiate a relocation plan among member states.

On Thursday Archbishop Charles Scicluna said that the Pope has already read the letter penned by the local bishops, and a discussion is ongoing on how the Holy See could be of help through its network of Apostolic Nunciatures.

Pope Francis has repeatedly urged for solidarity, he said.

While Malta shouldered international responsibility when it came to rescuing people at sea, countries that were much larger and had more resources but were not at the periphery like Malta, should help. Unfortunately, solidarity had dipped since the outbreak of COVID-19, he added.