Access to a secluded bay at Fomm ir-Riħ has been restored after pictures of a metal gate blocking the path provoked widespread anger.

But the environment ministry say the land has been private "for decades" and there are plans to submit a formal planning application to block off the site because of the danger of nearby terrain.

Concerns about public access to the picturesque site were brought to the fore by conservationist Raniero Borg, who shared a video on social media showing the area cordoned off along with 'Private Property' signs.

"Why are we unable to walk down to the beach?" he asked.

During a visit to the site on Friday morning, Times of Malta saw two men walking off with large, metal fencing. Small bolts were also strewn across the path.

The men disappeared after seeing journalists make their way down to the site.

Marks on the side of the cliffs at the spot where the gate had been were still visible. 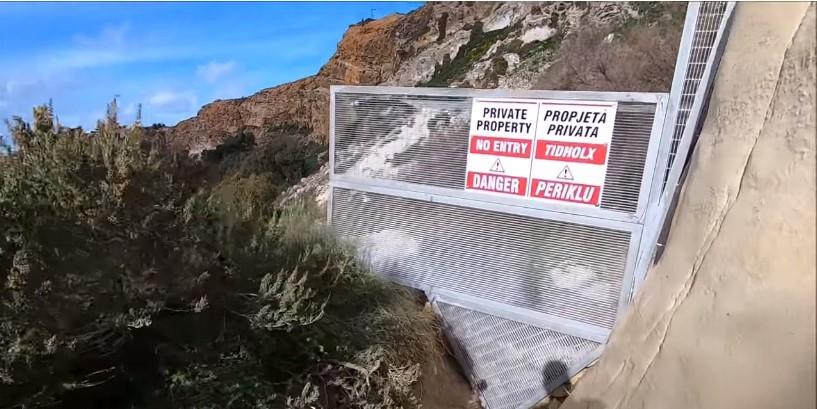 Hand-made signs warning people the area is not safe were also blacked out and an old article on public access to beaches was scrunched up on the ground.

However, official signs also warning the public of falling rocks, put up by the government, were still in place and untouched.

In a statement to Times of Malta, the environment ministry said the area has been private "for decades".

"We have been informed that the gate was erected by the owner due to the danger there and the responsibility that the site carries with it at the moment.

"We are also informed that the gate was removed so that formal application by the owners is submitted to the Planning Authority."

The ministry said the permit was not related to private property but to the "danger of the terrain" and was working with the owner "so that eventually, the public will be given access to the foreshore, while also respecting the rights of the private property."

Earlier in January, Times of Malta was informed of unidentified men stopping hikers and cyclists from entering the area saying it was private. 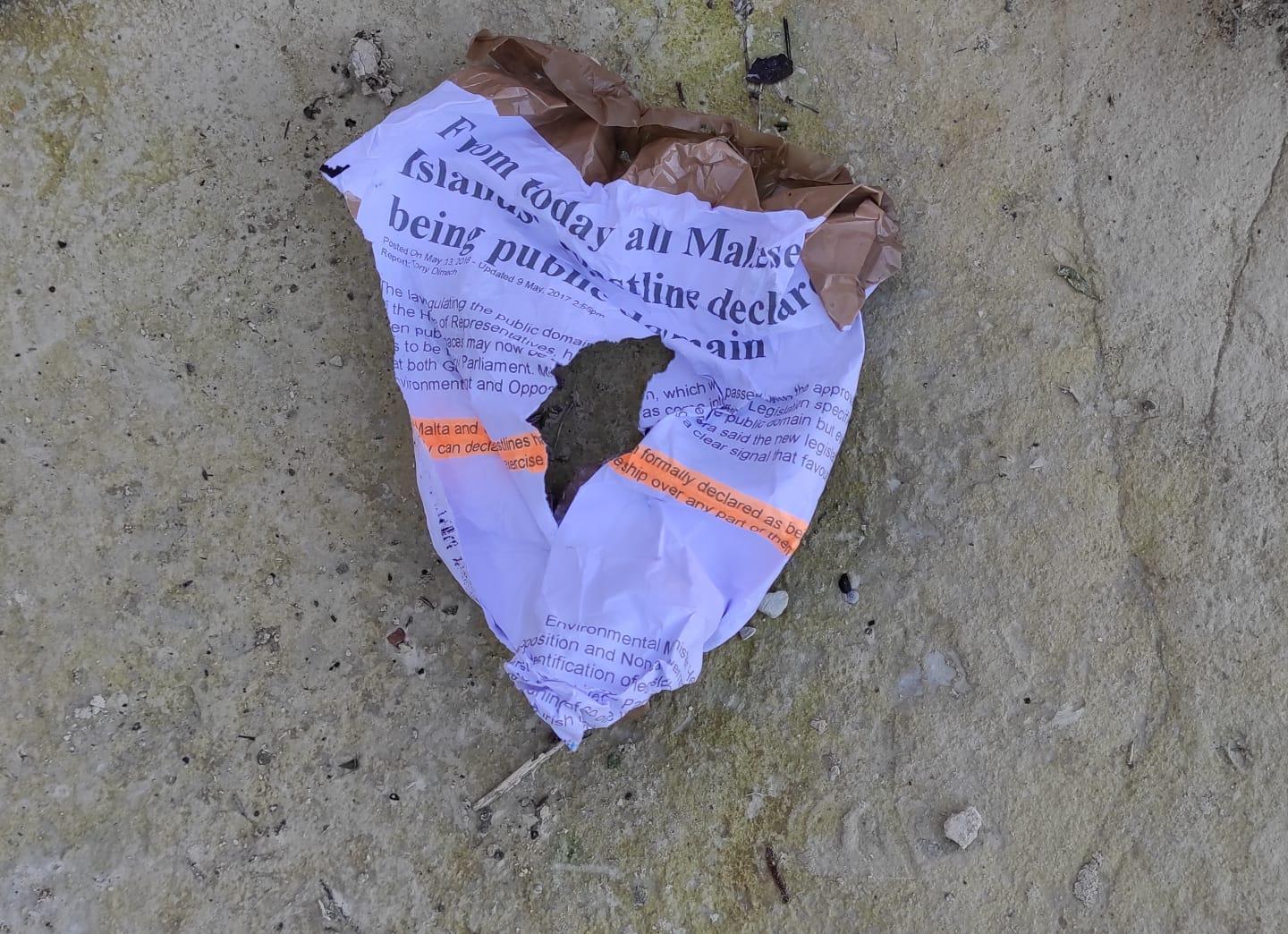 An old article on access to beaches was spotted along the path to the bay.

"The minute you approach the area, men seem to emerge out of nowhere, waving and screaming the area is private. It was raining and they were quite intimidating so we left," one hiker told Times of Malta of the experience.

On that occasion, buckets full of nails were spread in the area ahead of the path in what the hikers said was an effort to stop drivers from parking their cars there. 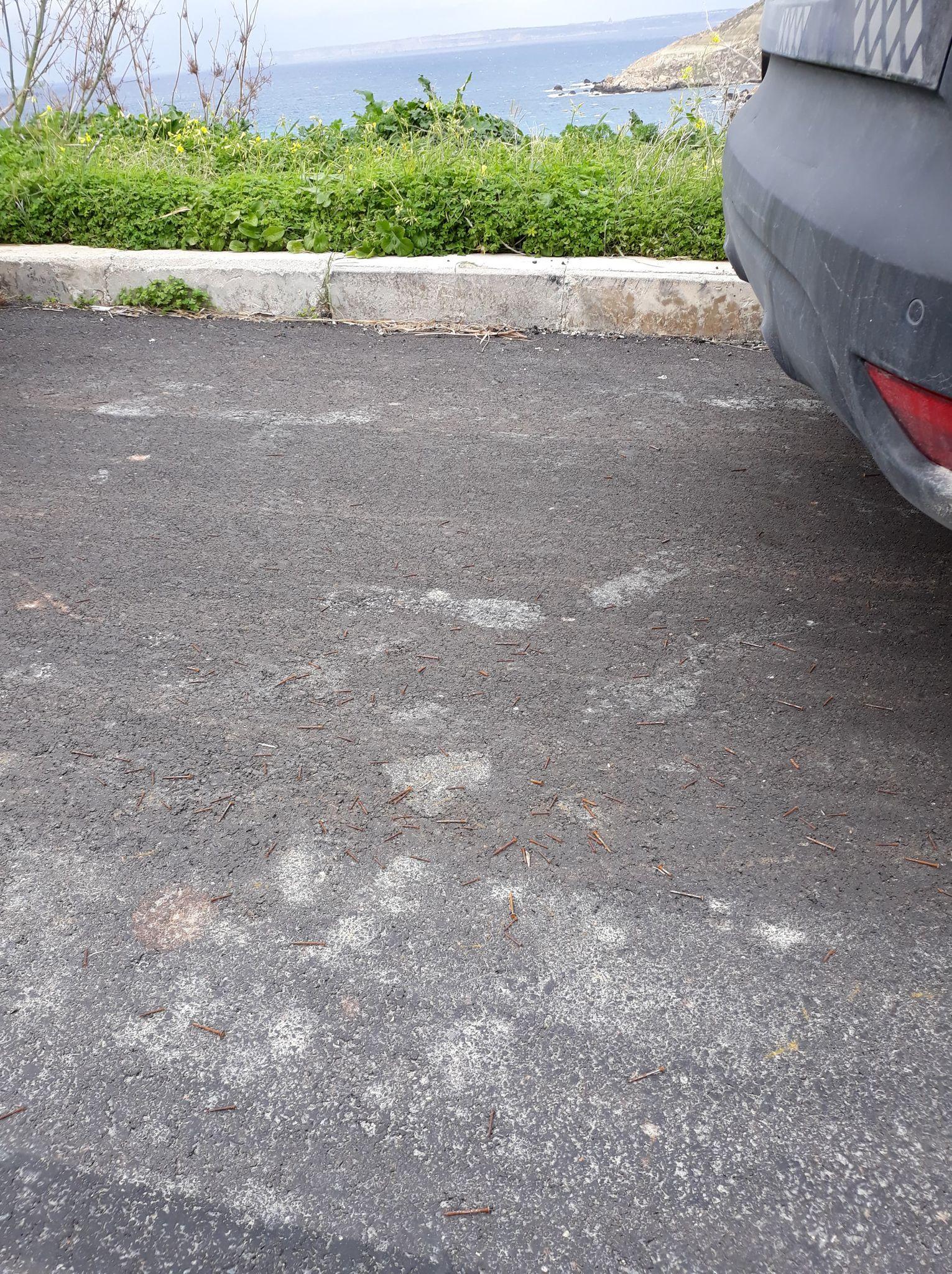 Buckets of nails near cars parked ahead of the path to the bay.

A Transport Malta spokesperson said there are no registered car parks in the area and therefore nobody is licenced to act as parker.

Have you noticed any similar issues around Malta? Email claire.farrugia@timesofmalta.com to share your story.