Supporters of PN leader Adrian Delia have presented two petitions to the party expressing confidence in the party leadership, calling for reforms and demanding action against those who do not cooperate with the leader and harm the party.

The petitions counter another, presented last week, which calls for a confidence vote in Dr Delia.

The PN executive is due to discuss the first petition on Thursday. The Delia supporters argue that the general council may not make decisions regarding the election of the party’s leader and two deputies since the statute only allows the leadership to be contested within three months of a general election. But Delia critics cite a separate statute provision, which states that the general council can “decide on any proposal put forward by no fewer than 150 members”.

The first of the petitions presented on Wednesday is signed by 4,333 party members and the second by 530 members of the party general council.

The petitions, which are identical, urge the general council to reject the call for a confidence vote in the leadership and to launch a reform to restore the party to winning ways.

They call for the party's doors to be open for all those who genuinely wish to see change in the party.

MPs and party officials are urged to pull the same rope and set an example to party supporters.

The petitions also call 'for all necessary action' against MPs and officials who show they are not prepared to work with the party leader and whose actions are detrimental to the party.

Lastly, the petitions call for a process to encourage the return of those people who left the party because of the actions of the few who 'want to keep control of the party in their own hands'.

The petitions were handed in by Rabat party council Karl Muscat. (Read them in full below)

On Monday Dr Delia said that he is not ignoring calls for him to resign, but, he said, there is a structure and there are rules which have to be respected. 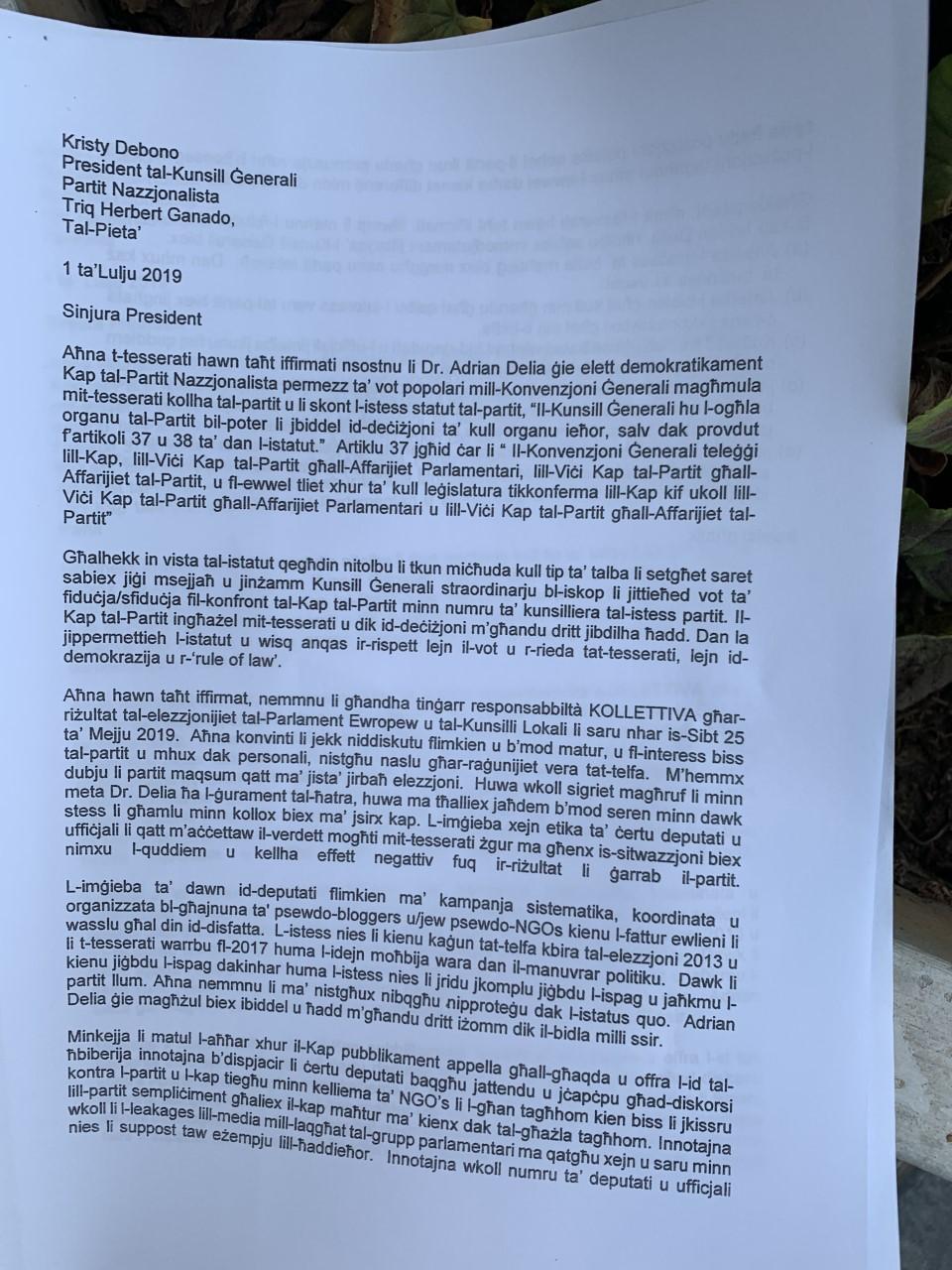 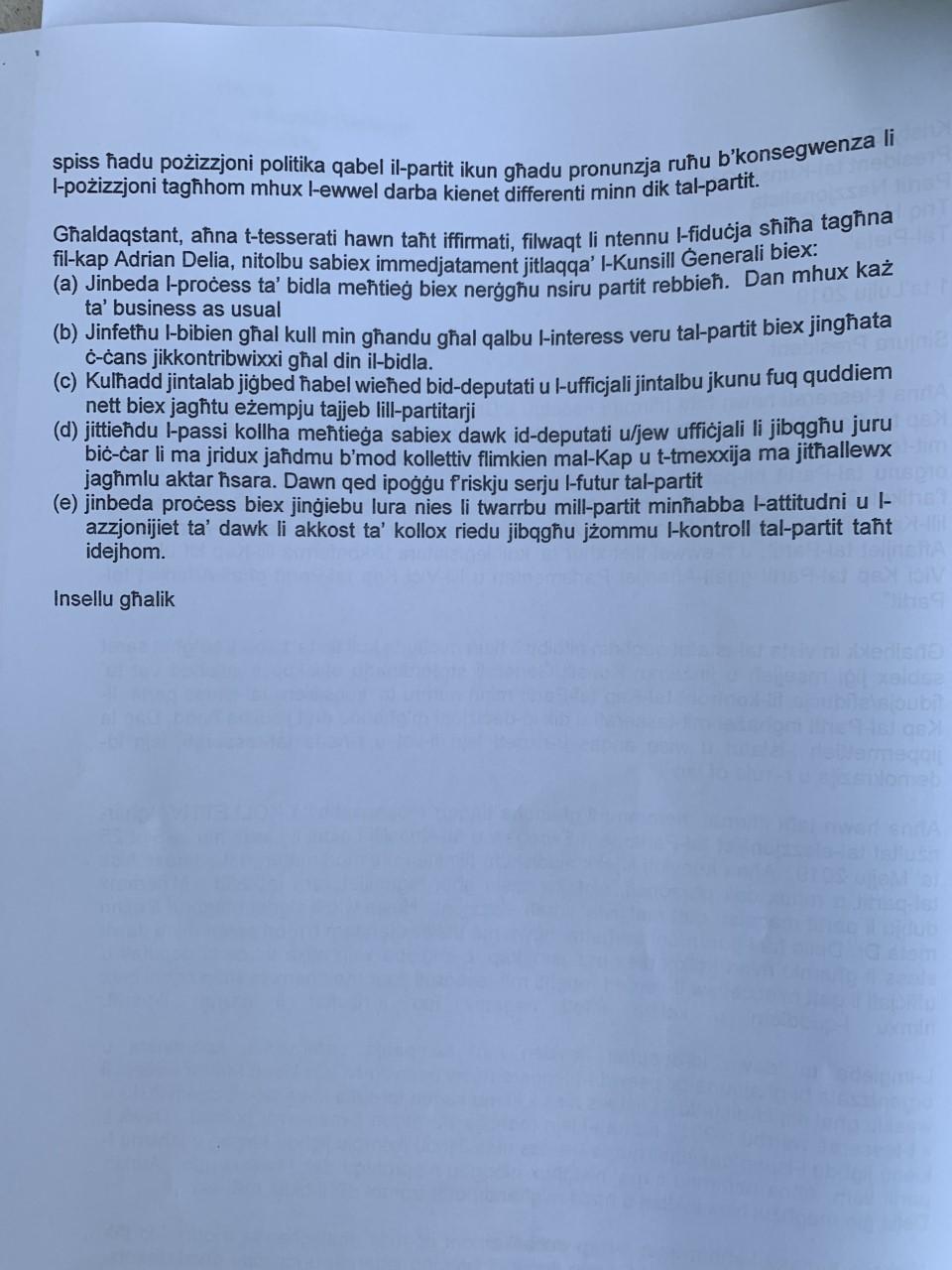