The clash between Tottenham and Arsenal on Sunday may lack the usual furore of a derby, with no fans present and both sides seemingly out of the race for a place in next season’s Champions League.

However, Jose Mourinho’s Spurs have a point to prove, with a rejuvenated Arsenal under Mikel Arteta threatening to tip the balance of power in north London back in their favour.

For 22 years between 1995 and 2017, Spurs failed to finish above their fiercest rivals in the Premier League. Arsenal fans even came to christen the day each year they could no longer be caught by Spurs as “St Totteringham’s Day”.

Yet, as the Gunners’ glory years under Arsene Wenger faded away, Spurs became the dominant force.

Jose Mourinho says he knew when he met Mikel Arteta he was destined for big things - but he won't wish him well this weekend #TOTARS pic.twitter.com/LX22ESgSly

When goals from Dele Alli and Harry Kane won the final north London derby at White Hart Lane to ensure Tottenham would finish above Arsenal in the league three years ago, there were hopes Mauricio Pochettino could follow Wenger’s example to build a title-winning team to play in the club’s new state-of-the-art stadium.

Instead of an inspiration, the rising cost of the £1 billion ($1.3 billion) Tottenham Hotspur stadium weighed heavily.

The Argentine boss worked wonders to keep Tottenham in the top four at Arsenal’s expense over the past two seasons despite precious little investment in the transfer market and a longer-than-expected spell at their temporary home of Wembley.

Despite reaching the Champions League final last season, Pochettino was sacked in November, with Spurs on the slide due to a squad that had gone stale.

Arsenal changed managers too just a month later, with Unai Emery unable to turn around the flagging fortunes of the club in Wenger’s final years.

But after heading in different directions—Spurs appointing grizzled veteran Mourinho while Arsenal gave their former player Arteta his first managerial job—Arsenal appear to be better prepared heading into next season.

Mourinho, 57, and Arteta, 38, have both returned 1.6 points-per-game in the Premier League so far.

However, the Spaniard has galvanised supporters and blooded a host of promising youngsters that point to a brighter future.

Eighteen-year-old Bukayo Saka provided his 12th assist of the season in Tuesday’s 1-1 draw against Leicester and committed his future to the club by signing a new long-term contract last week.

And is he still a world class manager? ?

Mikel Arteta has his say ? pic.twitter.com/7PlExrC30K

Arteta is also doing his bit to convince Pierre-Emerick Aubameyang to extend his contract at the Emirates beyond next year.

By contrast, tensions are already becoming strained between Mourinho and another playing squad after the Portuguese boss’s run-ins with high-profile players at Real Madrid, Chelsea and Manchester United in his past three jobs.

Mourinho said a lack of fight in a 3-1 defeat by Sheffield United last week “destroys me a little bit on the inside”, while captain Hugo Lloris and Son Heung-min appeared to show too much fight as they had to be separated by teammates during Monday’s 1-0 win over Everton.

A dire 0-0 draw at Bournemouth on Thursday saw Spurs fail to muster a single shot on target against a side that had conceded nine times in their previous two games.

That saw Tottenham remain a point behind Arsenal in ninth and there is little cause for optimism that Mourinho can turn things around in the short break before next season begins. 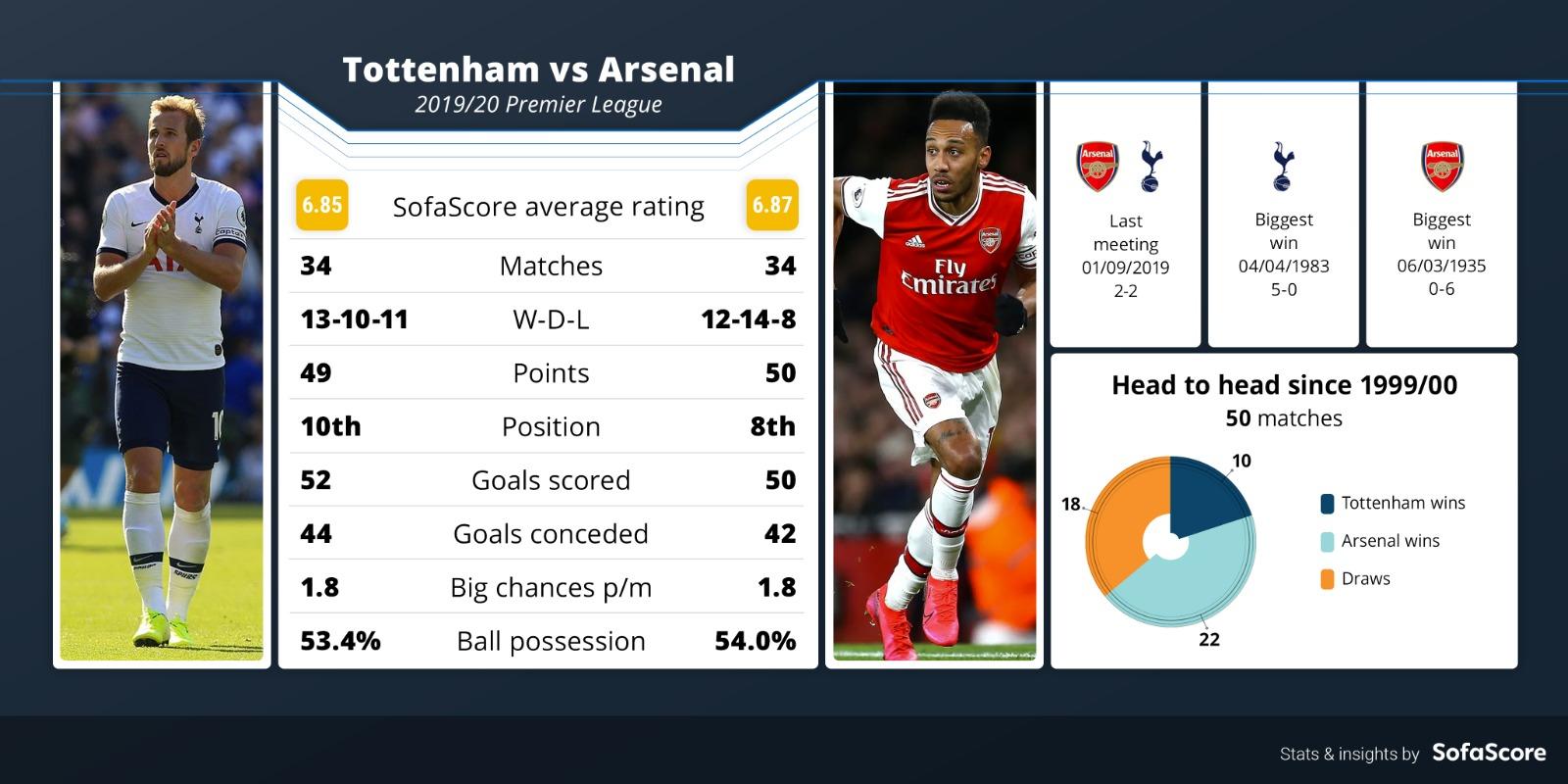 After the new-manager bounce of his first month in charge, Spurs have won just six of their past 17 league games.

With chairman Daniel Levy warning of losses of £200 million ($253 million) over the next year due to coronavirus, Mourinho will not be handed an open chequebook to solve Spurs’ woes.

Finances will be tight for Arteta too as Arsenal prepare for a fourth straight season without Champions League riches.

But Pep Guardiola’s former assistant has already shown an ability to improve the players at his disposal.

A switch to a 3-4-3 system saw Arsenal win away against a side higher than them in the table for the first time in five years at Wolves last weekend.

Piling more misery on Spurs come Sunday would lend more credence to the perception Arsenal were right to look to the future in Arteta, while Spurs backed the wrong horse in Mourinho.