The sound of explosions interrupted an interview with a Maltese man living in a besieged Ukrainian city on Monday morning.

"Listen, listen, they're dropping bombs right now, can you hear them?" Martin Ellul Mercer asks in a slightly broken voice, as he craned his neck to look towards a window in his home.

"They are likely being dropped from planes about five or six kilometres away from here. That is the sound of what we are going through every day."

Ellul Mercer, a retired physiotherapist, has been living in Kharkiv, Ukraine’s second-largest city, since April 2021. It is located just 40 kilometres from the Russian border, having moved there to live with his wife, a Ukrainian national.

He was briefly in Malta in January but chose to return to Ukraine to be back with his wife. They are currently trapped in separate homes apart from each other because she travelled to a nearby city just before the Russian invasion last week.

"They have surrounded us from every angle and they are attempting to take over the city," he explained.

"I wish I can come to Malta right now and I'm seeking the earliest flight home, but there is absolutely no way I can get out of here right now. We're completely surrounded.

Ellul Mercer said an official from the Maltese Consulate in Kyiv advised him to stay indoors as much as possible.

"He said if I'm on the streets and any soldier finds me suspicious, they would just shoot on the spot... I don't even look out the windows for the same reason."

Most of the conflict is taking place about eight kilometres away from Ellul Mercer's home, but the onslaught inched closer to his home over the weekend.

"Two days ago I was speaking on the phone with my daughter, who's in Malta, and the soldiers were so close to my house we could hear them communicating and whistling to each other," he said.

"Then we heard a huge explosion. The house shook and the window panes rattled. I have now affixed planks of wood to the windows because I'm afraid the blast might shatter them."

Ellul Mercer said he is trying to keep calm. He managed to buy some food from a nearby supermarket yesterday before supplies start to run low, and he spends his days reading, navigating small jobs around his house, browsing the internet, speaking to friends and family and "trying to imagine that what is happening outside is not real, otherwise I'd panic and lose it". 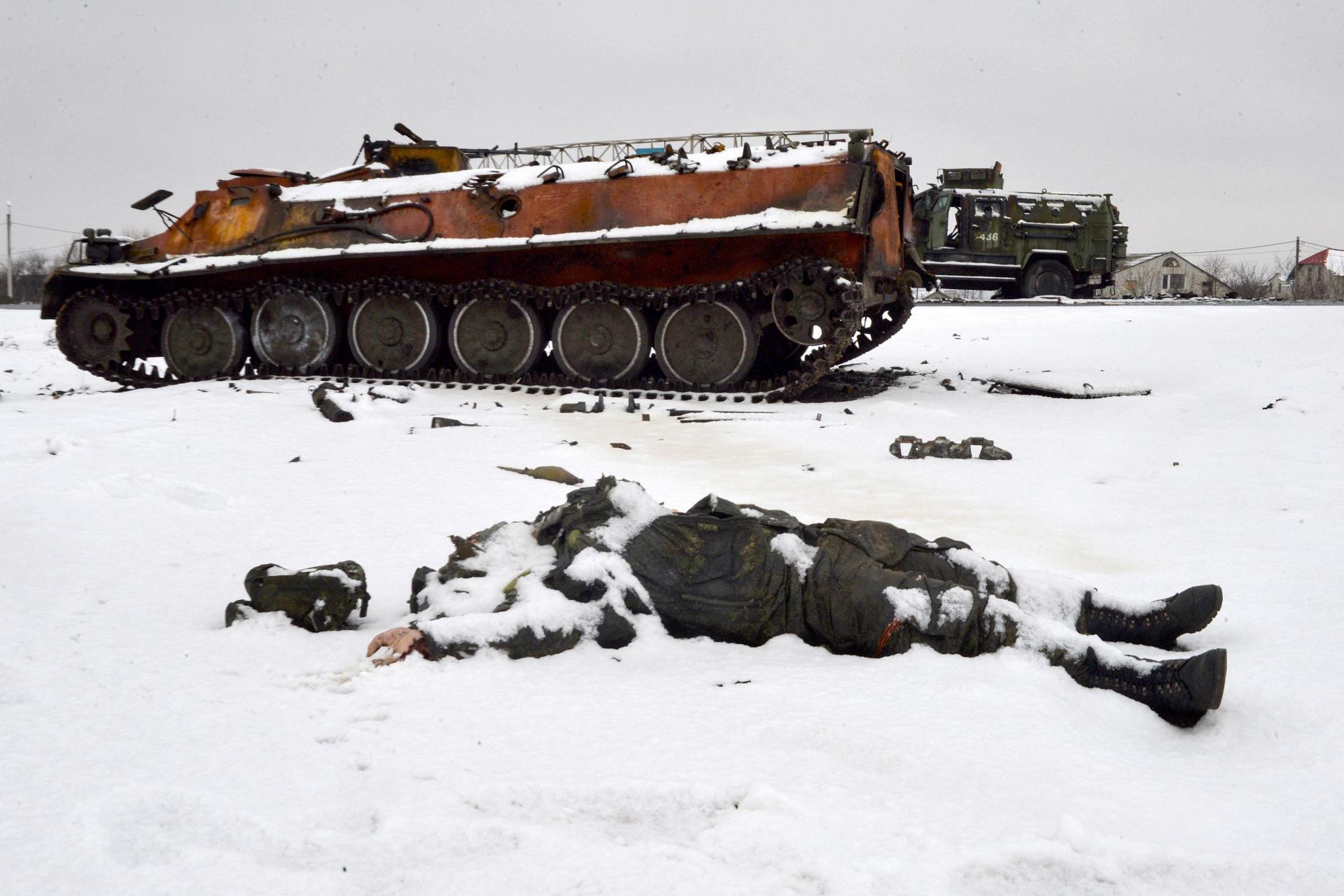 The body of a Russian serviceman lies near destroyed Russian military vehicles on the roadside on the outskirts of Kharkiv. Photo: AFP

Kharkiv was until recently bustling with life, but it is now completely deserted after Russian troops infiltrated it last week. Public transport, ATM machines and public services are completely shut down and Ellul Mercer said the city’s inhabitants are expecting a full Russian assault at any moment.

"I wish I could come to Malta right now, but I'm trapped here. Even if I do manage to come, I would like to come back when the conflict is over. I have a family, friends and a home here, and I love it. It is a beautiful place with very friendly and polite people," Ellul Mercer said.

He said the atmosphere around him is spine-chilling because most of the day is characterised by utter silence which is then unpredictably interrupted by sporadic bombings.

"The bombings are erratic. Last night I woke up to the noise of heavy bombing at 4am," he explained.

"And the silence is worse sometimes because it keeps me guessing what might be in store for us next. It feels like the calm before the storm."

Martin Ellul Mercer is the grandson of the author, journalist and former Labour Party deputy leader Ġuże Ellul Mercer. He died in 1961 during the infamous conflict between the Labour Party and the Catholic Church, and was consequently interdicted by the Church and buried in the non-consecrated area of the Addolorata Cemetery. 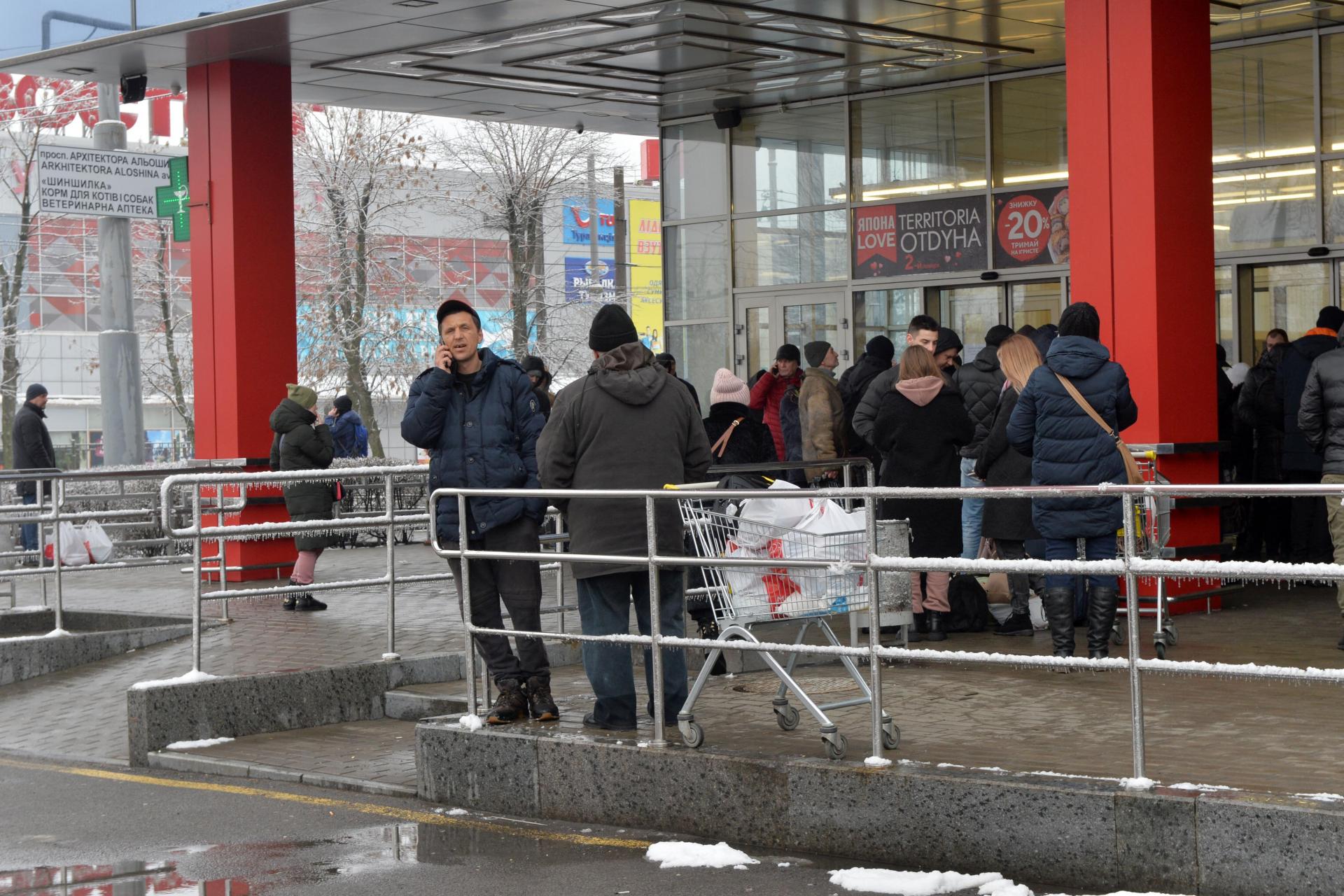 People queue to a supermarket in Kharkiv on Saturday. Photo: AFP