Sr Magdalene Cauchi was on night duty at the Sliema creche one evening when the gate outside began to rattle.

As she called out to see what was happening, a man shouted back there was a newborn baby on the doorstep. He gave her two options: either the crèche take the baby in or he would flush the newborn down a toilet. Sr Magdalene immediately took the baby under her care.

It was just one story of many experienced by the nuns who, for 119 years, took care of thousands of babies in the home nestled in the heart of Sliema.

As the crèche closes its doors, the mother general of the Ursuline Sisters speaks for the first time about her plans to transform it and give it new life.

The closure of the care home on February 7 falls in line with EU policies, which are calling for the de-institutionalisation of children under the age of three.

Efforts are being made by European Union countries to ensure that as many children as possible are raised within family environments rather than in institutions. 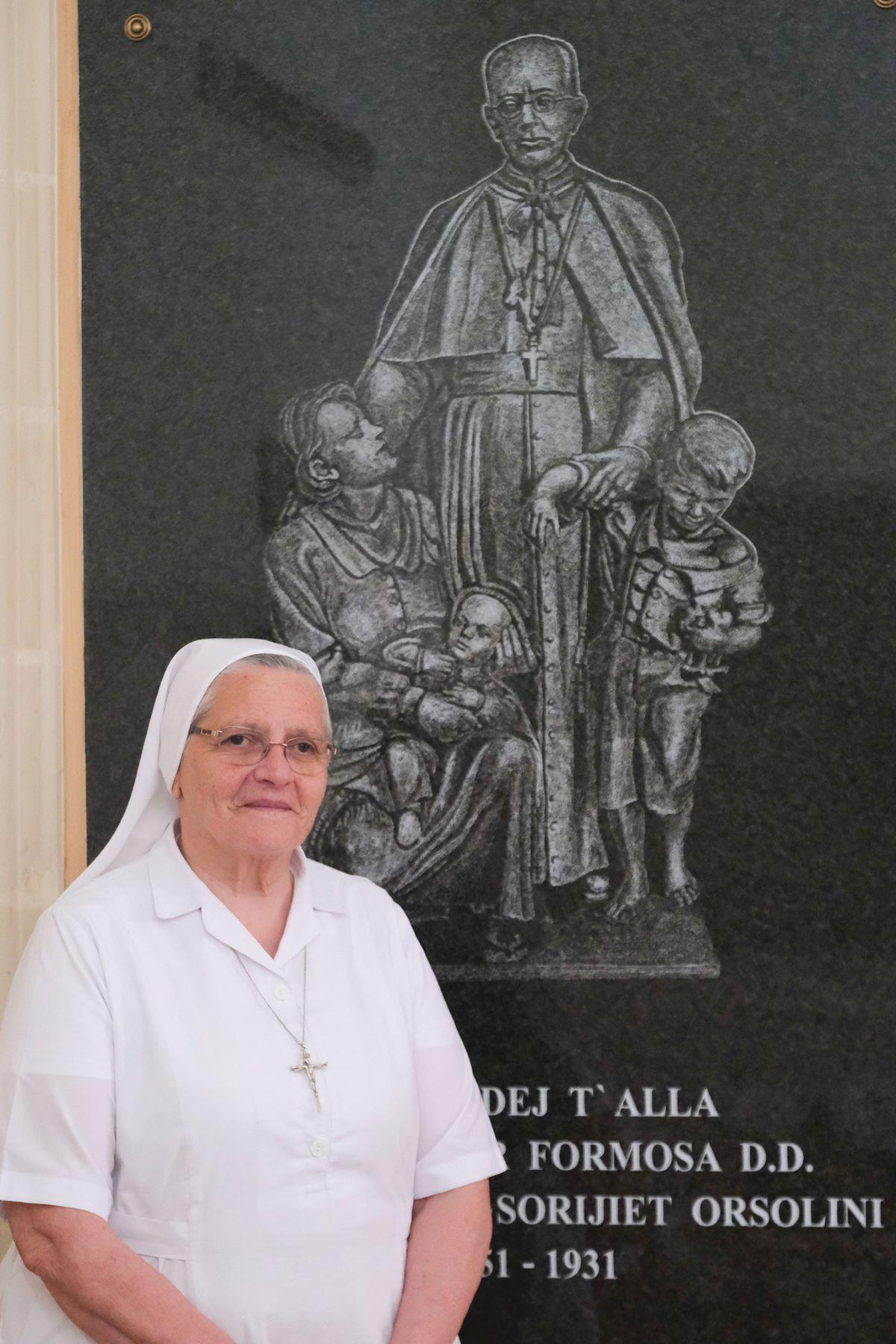 Sr Magdalene admits a “hush fell onto the home” when the crèche was closing.

“We cried. We consoled each other. But, with a past like ours, when you think about how many babies and families benefitted from our services, it is not something to cry about, it is something to celebrate,” she said.

She recounts how eight sisters turned up to pick up the last of the children left at the crèche.

“One time, during lunch, one of our sisters walked in with a box that looked like it contained bananas. She told us ‘look what a lovely banana we got today’ and she pulled a newborn out of the box.”

Sr Magdalene looks visibly moved recounting the tragic story of a child who had been in their care for some time.

“A two-year-old boy who had been with us for a while... he was given back to his parents. A few weeks later, I remember walking down Dingli Street and seeing a Times of Malta poster. The same boy had been burnt to death in a car.”

She explained how the number of babies and infants at the crèche had dropped over the last two years and, in February, the last three children still residing there left the Sliema home.

They are now living in the children’s home in Guardamangia, also run by the sisters of St Angela Merici.

“Even though our doors have closed, we still find a way to help those who need it most with food, clothes, prams and playpens, among other things. And we give from the heart.”

The sisters were among the first to take on the care of children in need.

“Am I bragging? Yes, I am because this is my family. The Ursuline sisters

always held high standards in the care of children, even before standards were required,” Sr Magdalene said.

“Back in 1958 or 1959, we sent two of our sisters from the Guardamangia home to specialise in care in the UK. At the time that was a big thing.”

The two nuns brought back with them the concept of a children’s home in the form of a flat and that was how the layout of the Guardamangia home evolved into independent flats, each with its own facilities and with children of different age groups in the care of a nun who took on the role of the mother.

But times change and the Ursulines pride themselves in keeping their pulse on society.

“We always look ahead. We agree that babies belong in families, even if we do get a twinge in our hearts when we see them leave,” Sr Magdalene admitted.

“Nature teaches me a lot. The grape must be crushed to produce wine.”

The Sliema home is being transformed into a day-care centre for children “with a difference”.

“I like to compare our mission with two lovers who want to bear fruit.

“We give our lives to Jesus and our fruit is our mission. I am helping the mother because she needs to work or she is going through a difficult time, is ill or coping with a separation,” the mother general said.

She hoped they would be able to offer their services to the neediest, the “poorest of the poor”, which did not always mean financial poverty. “Sometimes, you can be very rich and still be very poor at the same time.”

The first nuns took care of children whose mothers had to turn to prostitution, whose parents had mental illnesses and the very poor.

“In 1887, when Dun Sidor founded the congregation, mothers would take their newborn babies with them to the fields. And they would bury them up to their neck in soil, just to keep them safe.”

In more recent years, children were taken from their families and put in the care of the nuns for different reasons.

“The reasons vary. Sometimes it’s neglect, parents with drug problems, domestic violence but also mental health issues. These are very much on the rise,” the nun said.

Sr Magdalene said the nuns get their energy from their congregation and faith.

“And the powerhouse is this little room behind us,” she said, pointing at a quiet chapel. “That is where we restore and where new ideas are born.”

Sr Magdalene is full of enthusiasm on the nuns’ new mission. Smiling broadly she said: “The crèche will rise again.”