A juvenile Greater Flamingo was the centre of attraction on Tuesday morning when it landed at Għadira Bay, only a few hundred metres away from the bird sanctuary.

Many took pictures of it on their mobile phones and some tried to feed it.

The feathered visitor was then rescued by volunteers from BirdLife.

The society said that after completing their breeding season Greater Flamingos at this time of year migrate in flocks along with newly-hatched birds from one lagoon to another in the Mediterranean.

Malta is situated between flamingo colonies in Sicily, Tunisia and Sardinia and it is quite common for flamingos to be observed flying over the Maltese shoreline.

One such flock was seen on Monday offshore Valletta flying northwards. 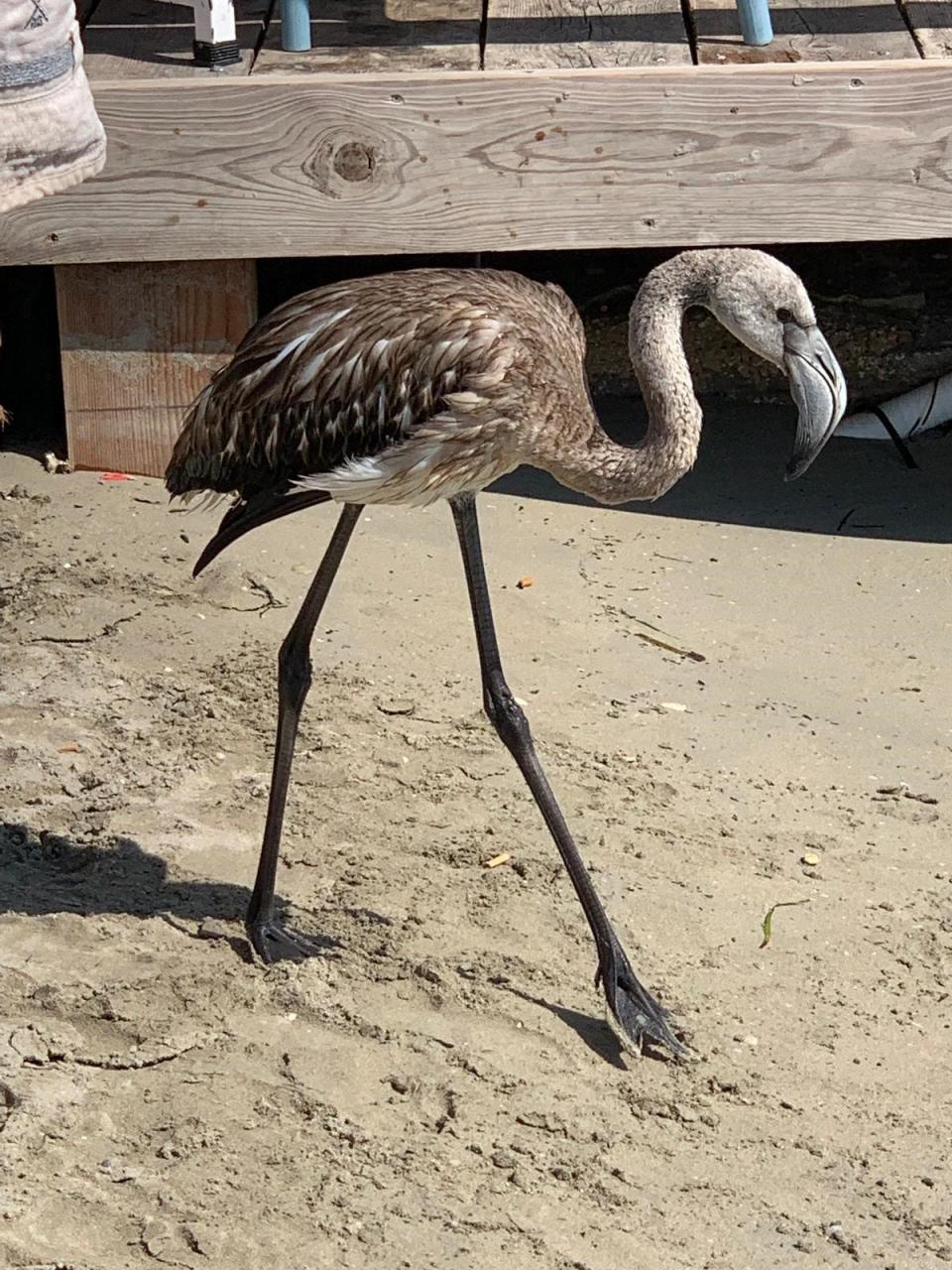 At times the birds stop to rest in brackish water habitats like Salina and Għadira. Given that both adults and juveniles migrate together, it is often the case that some juveniles are weak and become stranded from their flock.

"So when single flamingos are seen, this might mean that they would be in distress, probably tired from migration or injured. Juveniles are easily distinguishable from adults because they do not display the typical pink colours of this bird, but are grey," the NGO said.

The bird retrieved on Tuesday has been taken to the government vet for examination.

It is probably weak from migration and it will only need some days of nursing before it can be released back to continue with its migration journey, BirdLife said.

Four things to do if you spot a flamingo

1. If it is close to a road, stand in its way to stop it from moving forward

3. Do not touch it - flamingo necks and legs are very delicate

4. Do not give it food or water - their digestive tract is very delicate