With a Hugo Boss model supposedly leaping off the Azure Window, and an Assassin’s Creed viral spot featuring a parkour artist flipping his way around the Mosta dome, recent months have seen a glut of expensively-shot dare­devils using the islands as backdrop to hawk their wares.

Now, one young home-grown talent is looking to muscle his way into the genre.

We wanted it to look spontaneous, as if this guy had just turned up and started walking

His model Diego Haber, a Mr World Malta contestant, strides confidently through Gozo’s narrow streets, along the top of the aqueduct outside Kerċem and around an uncomfortably narrow ledge at the highest point of the Ċittadella.

“I sometimes get annoyed at how foreign production companies making a short video in Malta get a lot of media attention regardless of the quality of the work – just because it’s foreign,” Mr Bugeja told the  .

“We wanted to show that you don’t need a huge budget to pull off something great and that there are people working locally who are capable of just as much.

“Coming from Gozo myself, this was also my personal challenge to prove people wrong when they tell me there’s not much on the island.”

Mr Bugeja said his focus had always been on viral marketing, with a popular Instagram feed featuring the same eye-catching palette and unconventional angles on display in his latest advert. 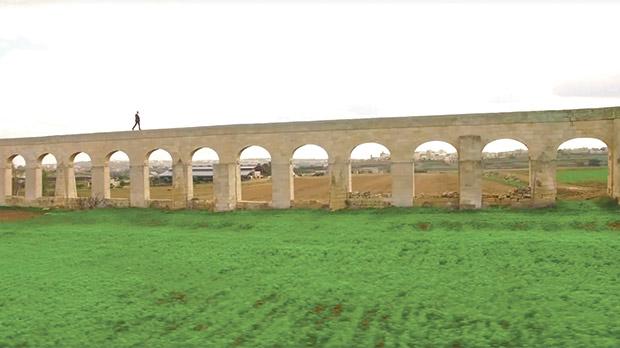 Daredevil model Diego Haber shooting on location in Gozo, standing on a narrow ledge at the highest point of the Ċittadella (top) and along the top of the aqueduct outside Kerċem.

The effort seems to have had its desired effect: even before its release, the video prompted interest and questions as people wrote it in to a local media outlet with photos of the impeccably dressed model casually striding along the top of an aqueduct.

That particular shot was not without its difficulties, according to Mr Bugeja, as the model, an “adventurous guy” and free-climbing enthusiast, scaled the aqueduct’s two-storey wall – falling down a couple of times – before making it to the top for a drone to capture the action.

“We took all the necessary precautions, but we didn’t want it to look too professional,” Mr Bugeja said. “We wanted it to look spontaneous, as if this guy had just turned up and started walking; we were looking for that ‘wow’ factor.” 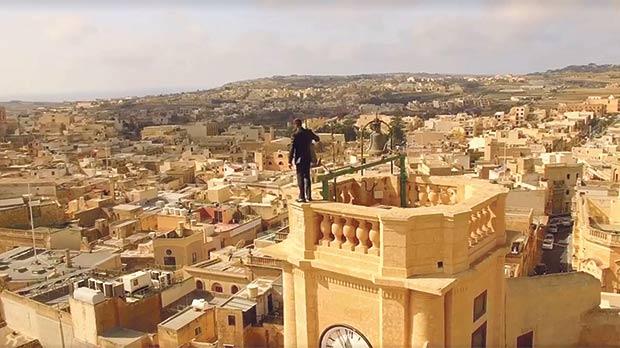