Emanuel Camilleri spent almost 400 days in prison when his daughter falsely accused him of rape. In an emotional interview after he won compensation for the ordeal last week, he tells Jessica Arena how the experience shattered his life and how the support of his wife pulled him through.

It is clear from the pictures hanging on the wall of Emanuel Camilleri's Valletta home that family takes centre stage in his life.

But for over a decade, he had to fight to prove he was innocent of an allegation of rape made by his then 10-year-old daughter that landed him in prison.

"As soon as I was sentenced, the first thing that ran through my mind was suicide,” he recalls.

"To be honest I did find a spot where there are no security cameras and I thought about it really, really hard.”

An emotional Emanuel Camilleri describes how his life was shattered by a false accusation of rape. Video: Jonathan Borg/Joe Paolella

The accusations were first levelled against him in 2004. Ten years later and after he had spent 397 days behind bars, his daughter, Leanne, now in her 20s, told a court she lied under oath and a perjury case against her mother, Lisa May, is ongoing.

“The accusation was very harsh and when it's something you did not do you feel hurt, anger and a lot of emotions at the same time.

“But the person that accused me was my daughter, who in this case lied. I think she too went through a trauma, so I think she must be feeling the way I have felt as well.”

While he presently does not have a relationship with her, he still hopes to have a conversation one day.

“I would like to talk to my daughter, yes, what I really want to know is why, because that question has never really been answered for me.

"The whole world knows the ‘how’, but I really would like to know why.”

The trauma of the ordeal is never far from the surface and Camilleri becomes tearful when he talks about the support of his wife, Desiree, who he married in 2015, after his release from prison.

“She is my pillar of strength,” he says.

“If it wasn't for her being there for me, I think yes I would have caved in. But her knowing that I didn’t do what I was accused of, being that pillar for me when I was on one knee, being beaten time and time again, she would help me back up and I think that’s what made me keep on fighting.” 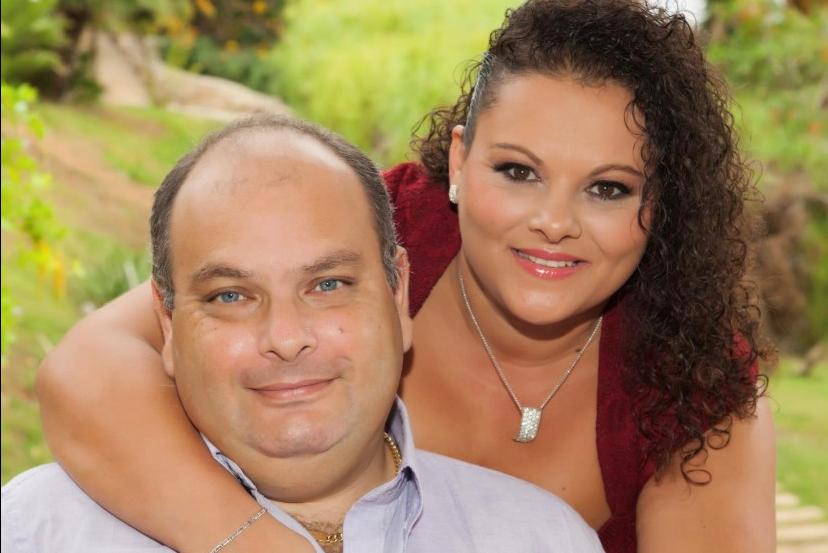 The support of his wife and children were the key to his survival, he believes.

“Prison is hard. It's not for everyone. I mean you have to build up your character, you have to be strong internally, not physically.

“I think the biggest adversity is solitude. You spend a lot of time by yourself and your mind starts running everywhere with you. You start thinking about things that happened, things that might happen, you think about what’s happening outside, what other inmates are thinking about you."

While his battle to clear his name kept him motivated, he has suffered depression since his release.

“As soon as I came out of prison my mind started faltering," he says.

"I’ve been through depression and I am currently depressed because of what we’ve been through. It feels like the strength that I needed in prison, I don’t need to have it out here any more.”

While he used to be a teacher, due to his mental health as well as his time in prison, he says he has faced difficulties in the job market, where he has managed to find work as a driver.

“When I came out of prison I applied for a lot of jobs. The people that sent for me were never interested, they just wanted to know what my story was, not if I was suitable for a job. It’s very difficult, but having friends, family and everyone backing you, it makes everything a little bit easier.”

Last week his case returned to the public spotlight again, after he won €23,000 in compensation for time spent wrongfully imprisoned.

“For me this journey was never about compensation, it’s not a monetary victory but a moral one," he says.

"To hear those three words; wrongful conviction, innocent and miscarriage of justice was important for me because this is what we’ve been fighting for.”

“Money can never pay for what we've been through. Time spent in prison, away from my family. I felt as if I was stripped of everything that I had worked for all my life. I mean that mountain that I had to climb to reach where I wanted to reach was stripped totally, and no amount of money can ever get that back for me.”

Asked whether he will ever feel that justice has been served to him, he pauses for a moment.

“It’s not just about what I think, because there’s a certain emotion to it as well. I think justice has to be served to those that did me wrong, for me to feel that justice is being served. If it happens, then it happens, but if it doesn’t, well, that’s on the courts and not on me.”

Need help or support? You are not alone. Professional counsellors are available 24/7 online at Kellimni.com or over the phone at helpline 1770.

If the situation is urgent you can call the emergency 112 number where mental health professionals and medical help are available around the clock.