US whistleblower Bradley Birkenfeld, the man who blew the cover off a world of Swiss banking secrets, tells Ivan Martin that if Malta wants to win the war on corruption, whistle-blowers have to be rewarded. 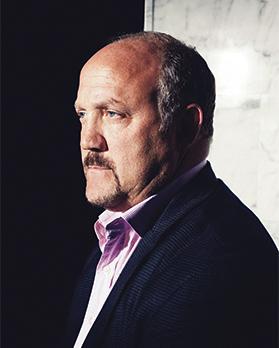 Big whistleblowers put everything on the line, risking their financial stability, their personal and professional lives, and if we want more to come forward, we have to provide some serious money.

“Who is going to expose sensitive information about the place they work for nothing? Who is going to blow the cover on huge wrongdoing, like tax avoidance or corruption, put themselves in a very difficult personal position for nothing? Not a hell of a lot of people, that’s for sure,” Mr Birkenfeld says, raising his eyebrows.

That is not all. He insists that dismissing whistleblowers as criminals or as having an agenda is “foolish” and detrimental to society.

“No, you need to encourage more people to come forward. The more the better for society. Stop labelling whistleblowers as crooks, and watch society clean itself up,” he insists.

Mr Birkenfeld, who today calls Malta home, opened the freshly painted door to his four-storey Spinola townhouse on a windy afternoon with a hearty smile and a “Come in, guys.”

Walking into his new home, he is quick to offer a seat in a button-backed oxblood armchair beside a stack of his recently published book, Lucifer’s Banker: The untold story of how I destroyed Swiss bank secrecy.

In unbranded flip flops, blue Levis and a watch that could be worth several thousand euros, Mr Birkenfeld says he’s lived a tumultuous life.

A former banker at UBS, he served two-and-a-half years in a US prison for conspiring to evade income taxes.

Choosing not to talk about that chapter of his life, Mr Birkenfeld recounts how he divulged intimate details of the Swiss bank’s schemes to encourage American citizens to dodge their taxes. He insists he did it all with intimate knowledge only someone from within the bank could ever have.

Leaning forward in his seat, he recalls how he blew the biggest financial crime whistle in US history and his revelations not only prompted an overhaul of Swiss banking laws but helped the US Treasury recover some €14 billion in unpaid taxes.

Did he get anything for his trouble? “I sure did.” About €97 million in reward money. “A relatively small slice of the total haul made by the authorities,” as he puts it.

To Mr Birkenfeld, such a financial incentive is the cornerstone of successful whistleblowing policy, something he says the Maltese need to embrace.

You need to encourage more people to come forward. The more the better for society. Stop labelling whistle-blowers as crooks, and watch society clean itself up

“It’s a big deal revealing secrets of those you work with or for. You risk everything: your livelihood and your future.”

In addition to paying €780 million in 2009 to avoid criminal prosecution, the bank he told on provided account information for more than 4,500 American clients, “so it’s fair to say I’m no longer welcome at their Christmas party”.

“I’m never going to get another job in banking again.” His career, in which he stood to make a handsome living, is over, he notes.

This, he says, is why whistleblowers need to be rewarded. 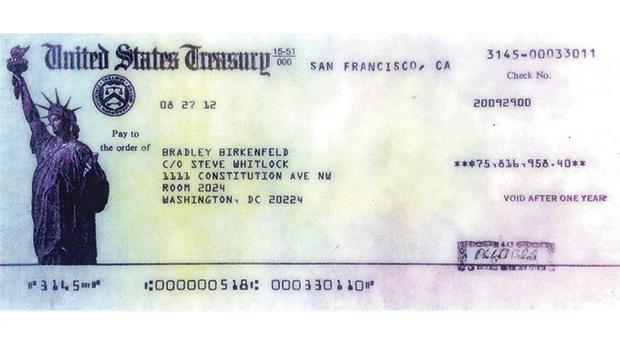 The cheque for what remained, after taxes, of his €97 million reward from the US Treasury.

He believes that “as confidence in public authorities dwindles” and “corruption never ceases”, whistleblowing is essential if civil society is to win.

But not only do the Maltese need to learn to accept whistleblowers as the necessary rake with which bad business and governance practices can be gathered, but they need to protect them and, ideally, pay them.

Mr Birkenfeld is a man with a plan. He tells the Times of Malta how he wants to meet policymakers to tell them the benefits of rewarding whistle-blowers and how best to do it. 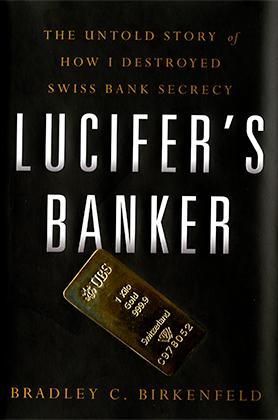 He believes the system used in the US, giving whistleblowers a percentage of the money brought in from their disclosures, is one that can work in every country.

“The principle works. Everyone is a winner: the government wins, the taxpayer wins, and the person who blows the whistle wins,” Mr Birkenfeld says.

But how do you reward whistle-blowers who do not uncover financial crimes?

Set up a fund, is his reply.

“When the authorities recover money in evaded taxes, for instance, they give a percentage to the whistle-blower. They keep the bulk, but they should put a percentage of it in a fund,” he suggests.

This, he continues, could be used to pay non-financial whistleblowers. “That way, you also encourage people to come forward with ethical whistle-blowing such as child abuse,” he points out.

As we leave Mr Birkenfeld’s home, he hands over a copy of his book. Tucked inside is a bookmark – a laminated copy of the cheque he got from the US government for helping recover billions of dollars from American tax cheats. On the back of the book is a photo of Mr Birkenfeld, grinning and holding a fat cigar, the same grin he flashes as the interview wraps up – the grin of a man with nearly €100 million.

“There’s no reason Malta can’t benefit from the same kind of tax savings that came from my disclosures. You just have to be willing to protect whistleblowers – and yeah, pay for it,” he says.

Mr Birkenfeld will be the guest speaker at a seminar on whistle-blowing organised by the Chamber of Advocates this Friday at the Casino Maltese, Valletta, at 4:30pm.

To reserve a free seat at the seminar, e-mail events@avukati.org.

Whistleblowing in Malta is regulated by the Protection of Whistleblowers Act, introduced in 2013. 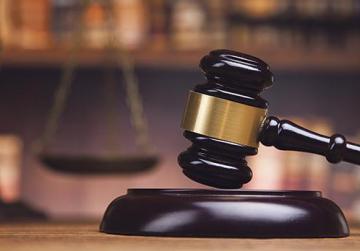 The law establishes a number of specific procedures in terms of which potential whistleblowers can disclose information regarding improper practices by their employers or other employees.

The Whistleblowers Act is the first comprehensive law on the subject in Malta.

Although self-employed people are not mentioned in the law, it does apply to “contractors or sub-contractors who perform work or supply services”.

A previous attempt to pass such a law was made unsuccessfully in 2010.

The current whistleblowing legislation does not offer rewards to those who come forward with information. However, it does offer compensation for damages. The compensation is not defined in the law. 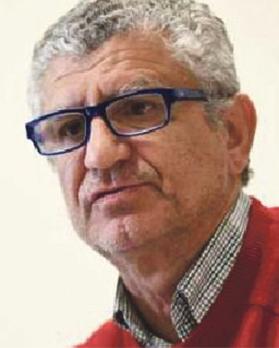 Those considering turning whistleblower in Malta today would be putting themselves in a vulnerable position, according David Fabri, who has serious reservations about the 2013 law.

A lecturer in the University of Malta’s Faculty of Law, Dr Fabri has written extensively about the virtues of whistle-blowing.

In a recent chapter he wrote for an academic publication, Dr Fabri weighs in on the relatively new Maltese whistleblowing legislation, saying: “It remains a dangerous, risky, unrewarding and thankless vocation”.

According to Dr Fabri, the whistleblowing law “arrived with much political posturing and self-praise” but has a number of flaws.

“One wonders whether, in reality, the State and its entities and officials are that keen on allowing others to find they are not so perfect after all. One may rightly doubt whether these entities, usually so sensitive about their internal workings, are now converted and have become receptive to the submission of their dirty linen to investigation and possible public scrutiny,” he writes.

Dr Fabri argues that, in terms of the provisions of the law, the burden of proving oneself as a bona fide whistleblower is on the whistleblower him- or herself.

“Various provisions of the law allow the authorities to second-guess the whistle-blower’s judgement and belittle or nullify his achievement,” he warns.

Dr Fabri adds that “a prospective whistleblower might well find himself unable to safely predict whether or not he will benefit from immunity”.

He also has a word to say about the way the law is put together, saying it is “constructed rather clumsily”. He writes that the definitions in the law seem frail and a number of provisions overlap.

Dr Fabri complains the 2013 law does not protect whistleblowers specifically who resort to the media, and reports to the press are not protected disclosures.

He notes that the law has insufficient safeguards when it comes to the disclosure of a whistleblower’s identity, saying this is also cause for concern for anyone considering coming forward.

Unlike Mr Birkenfeld, however, Dr Fabri does not agree with rewarding whistleblowers.

On the contrary, he believes this goes against the spirit of whistleblowing. “Such an approach would undermine the true value of speaking up against wrongdoing by adding what is truly an unnecessary, mercenary element to it,” he argues.

In Dr Fabri’s opinion, “true whistleblowers” do not ask for a reward but only want their disclosure to be kept secret and that their employment and personal safety be adequately safeguarded.

“The notion that whistleblowing should be incentivised financially is abhorrent… This is not about making money but about a person’s moral right and duty to report wrongdoing,” he says.

Dr Fabri concludes by expressing his fear that the law in place may prove ineffective in practice if potential whistleblowers do not have faith in the system.