Fifteen people have been newly-diagnosed with coronavirus, after 1,670 tests were carried out in the last 24 hours.

Superintendent of Public Health Charmaine Gauci said there had been an increase in COVID-19 patients, but said that this corresponded with a high number of tests.

"Though we are seeing an increase, we need to keep in mind that we are testing more," she said.

Her briefing comes after healthcare workers warned the island could be at the beginning of a second wave of the virus.

There are now 113 active cases of  COVID-19 on the islands, after 465 people recovered and six people died.

Gauci said that of 26 people who have tested positive over the last two days, 16 did not show any signs of the virus.

The new patients include two children both aged two years old. One had diarrhoea and the other had fever. 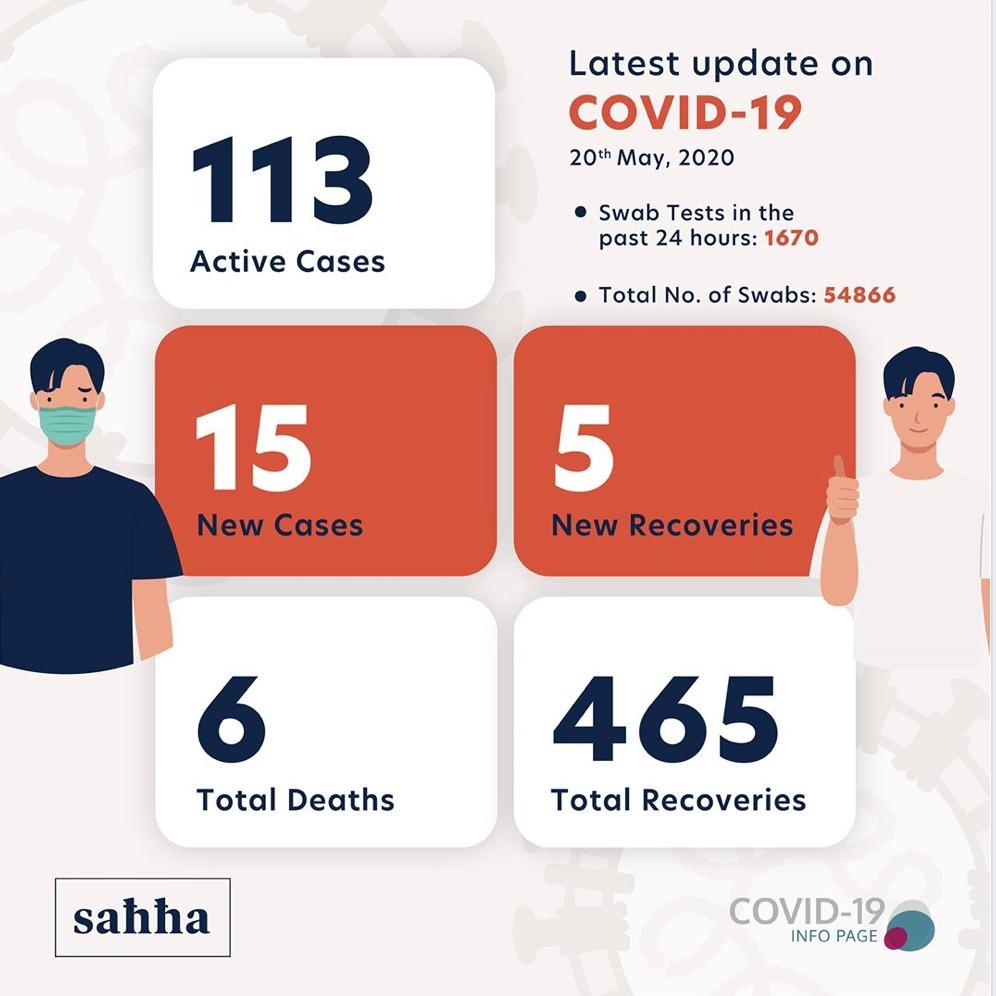 The latest update on the number of cases in Malta, published by the health ministry.

The new patients also include five healthcare workers in various hospitals in the country:

A further 291 people who work at Mater Dei are in preventive quarantine, Gauci said, warning that "the virus is still here and it will be with us for a while".

The eldest of the new patients is 82 years old and lives in a home for the elderly.  A 26-year-old Maltese man, who works as a careworker at a residential facilitiy also tested positive.

A 29-year-old Filipino woman who works in a retail outlet but had been wearing a mask, also contracted the virus.

Gauci said the numbers of cases were "going up" but said that the country was still in a "transition" phase.

"We are monitoring the situation, and if the situation keeps getting worse, we don't exclude going back on some of the lifting of the measures," she said.

She said countries were seeing a situation where the numbers stabilised and then increased.

Non-essential shops have been open since the beginning of the month and restaurants and hairdressers will open on Friday.

"We need to monitor the situation and look at the numbers but we cannot wait for the number to go up or down. We need to be sure that the population is protected."

She warned that there would be 'double burden' on the hospital once the winter flu arrives.

Gauci also warned of the risks of legionella developing in establishments that have been closed for weeks and said small shops should empty their tanks and flush the system.

Asked about antibody tests, she said that once the authorities had finished evaluating these tests, the population would begin to be tested.