Superintendent of Public Health Charmaine Gauci was angered by an illegal birthday party in a villa and revealed that she feared such rule breakers could derail the country’s plans to ease COVID-19 restrictions.

Video footage of the party, showing dozens of young people gathering in a clear breach of the rules, went viral on social media last week.

“I was [angry]”, she said, “because we realised what the impact of that would be.

“When we see these activities, we worry that this might lead to an increase in cases and might hold us back,” she said.

Police say they are still investigating the party, which is believed to have taken place in the Iklin or Burmarrad areas, but nobody has yet been charged.

Mass gatherings are currently banned and organisers face fines €3,000 and anyone attending faces fines of up to €100.

Gauci also confirmed to the programme that Malta is halting the roll out of the Johnson & Johnson vaccine, in line with recommendations from the European Medicines Agency.

On Tuesday both the EU and the US announced a pause on the roll out after six cases of blood clots were found from more than 6.8 million doses.

Answering questions on the AstraZeneca vaccine, which has also been linked to rare cases of blood clots, Gauci said Malta would continue with the roll out of the vaccine.

It would also not be following the example of Germany, which is offering patients who have had a first dose of AstraZeneca to be allowed a second dose of a different vaccine.

“We are following the manufactures’ instructions,” Gauci said.

Speaking as Malta’s COVID-19 cases continued to plateau in double digit figures, Gauci said the lower numbers of cases and hospitalisations were down to a mix of lockdown measures and vaccines. 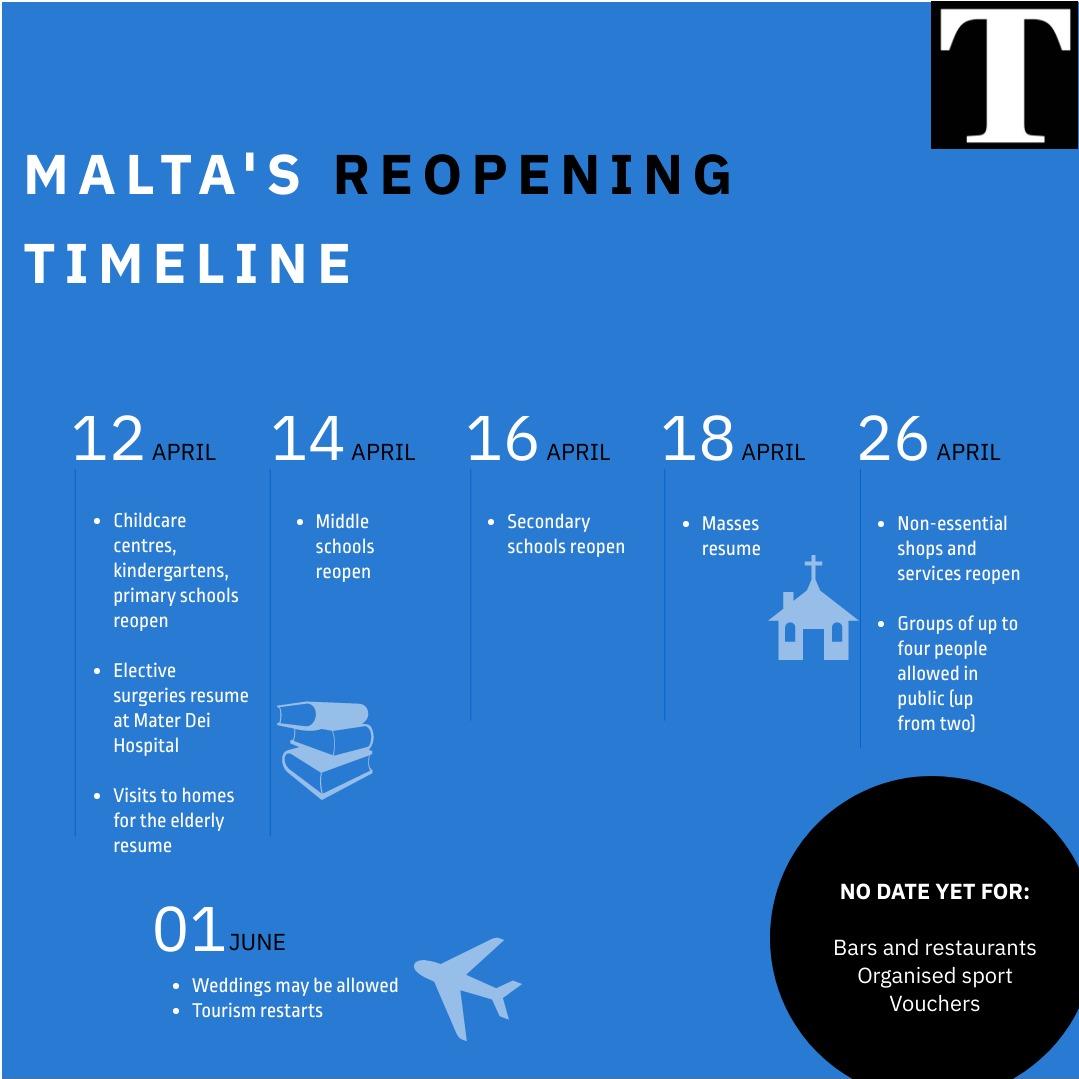 She said the country’s timeline on easing measures, which sees schools open this week and non-essential services by the end of the month, was a “bidirectional approach”.

“If numbers increase, we will have to go back,” she warned, appealing for the public to have patience and adhere to restrictions to help.

She also predicted that better weather in the late spring and summer would help reduce the numbers of infections.