A proposal for a three-line underground metro system with 25 stations around Malta was unveiled by the government on Saturday.

The network would cost around €6.2 billion and take 15 to 20 years to build, according to studies by London-based consultants Arup Group. A proposed first phase would cost €3.9 billion and could be operational in five to eight years.

The system would incorporate three lines, covering a total of 35km of track, running from Bugibba to Pembroke, Birkirkara to Valletta and Mater Dei to Cospicua. It will be entirely underground except for a short stretch between Naxxar and Bugibba.

Stations will be located at hubs across Malta's main urban area but the network will not extend to Gozo after the studies concluded that a population increase of 50,000 on the smaller island would be necessary to make the link viable.

A website with full details of the proposal can be found at www.metro.mt

Prime Minister Robert Abela said the study would allow for a mature and informed discussion on the subject of mass transport, including whether the country was ready to undertake such a long-term project.

Abela said the financing of the project would also need to be discussed, adding that he saw strong potential for the involvement of the private sector.

"This proposal shows that the country is ready for ambitious reforms. We will continue to lead an honest discussion with the goal of understanding the sort of country we want to leave to our children."

Consultant Donald McDade from Arup said the studies had considered various mass transport options, including trams and elevated monorail systems, but concluded that these options would have had too high an impact on existing transport networks, negative visual impacts, and not sufficiently served historic and hilly areas.

He said the proposed system would address the urgent need to reduce traffic congestion in Malta. 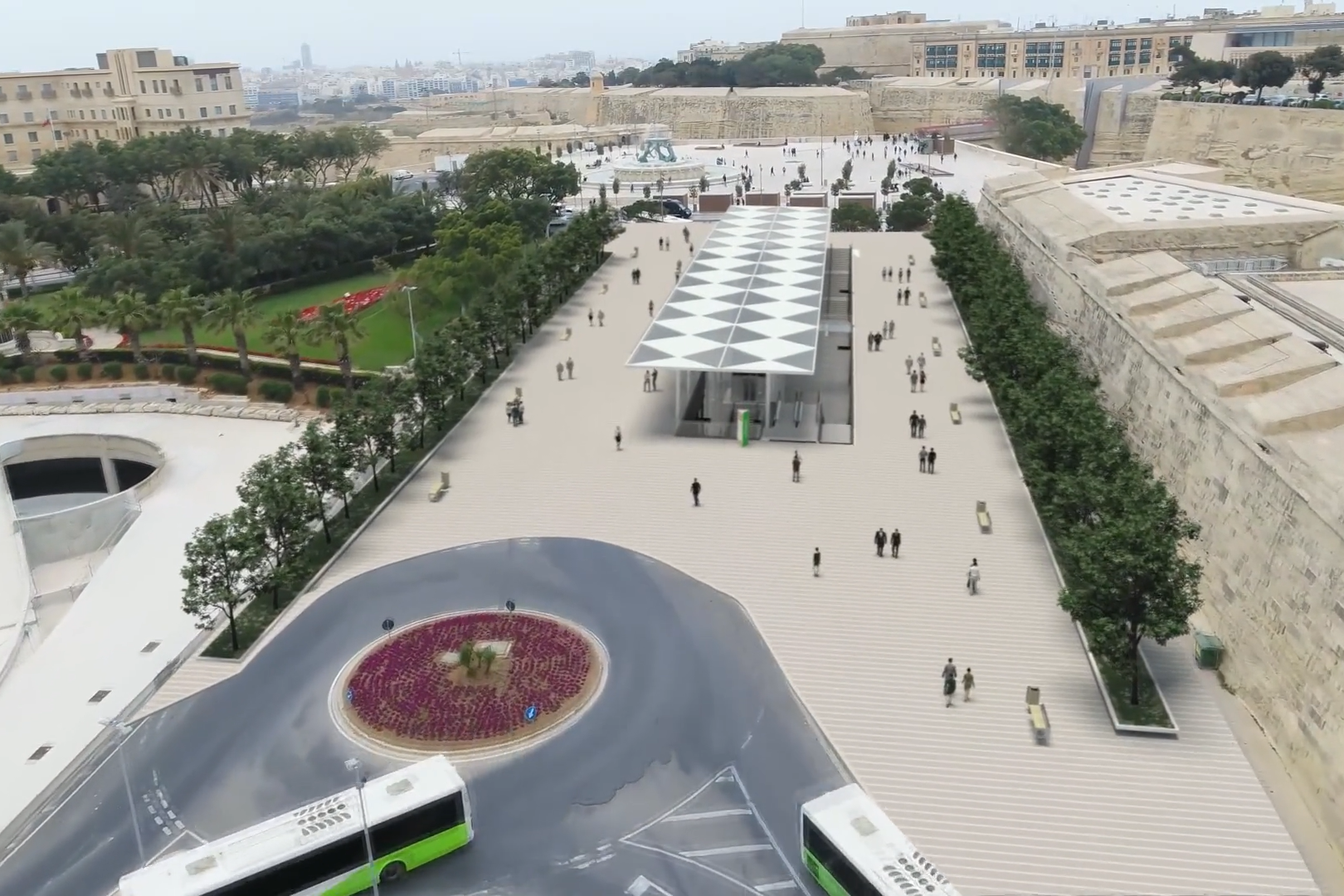 "Malta has been suffering from increased congestion, deteriorating air quality and a reduction in quality in life as people spend more and more time commuting," he said. "The road network in Malta does not have the capacity to accommodate continued growth despite the recent infrastructural upgrades."

McDade said a metro system would reduce the need for private cars, providing more space for recreation, greenery, and commercial activity, as well as generating less air pollution per passenger than cars.

The proposed underground system will use twin tunnels at an average of 10 to 12 metres below street level to minimise the impact on the properties above.

Excavated material will be reused for land reclamation, subject to further environmental analysis and assessment.

The study includes proposed locations for the stations, although the public consultation phase with consider other locations.

A few of the proposed station locations include Sliema ferries area, the Triton Fountain outside Valletta (with part of the existing bus terminus pedestrianised due to reduced demand), the square by the Old Station Garden in Birkirkara, and an open area outside Mater Dei Hospital. 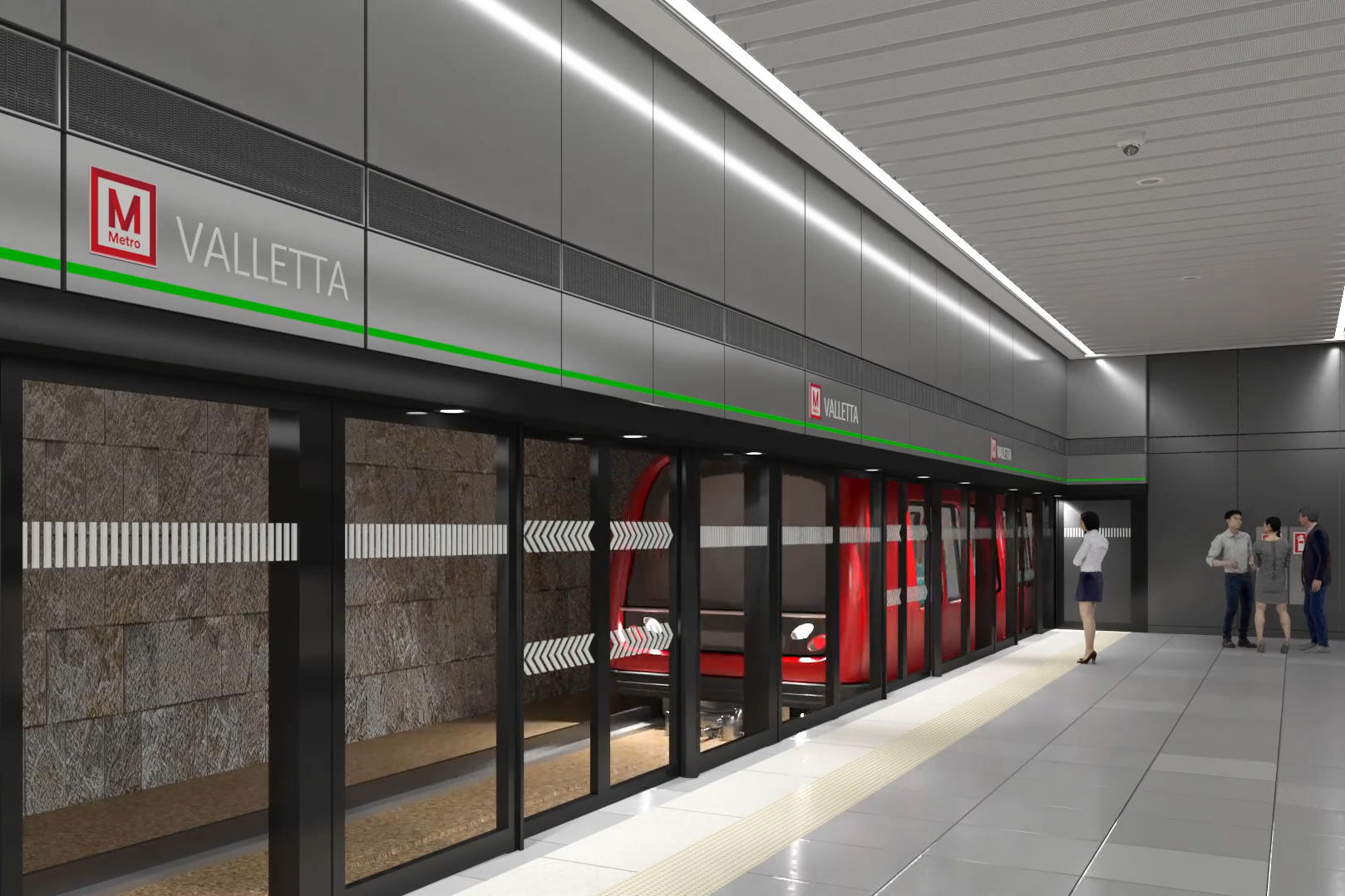 Infrastructure minister Ian Borg said the studies were aimed at prompting discussion around the issues associated with the project, including understanding and justifying the time and cost it would entail.

"For the first time, we have a government-commissioned proposal that looks beyond elections, that would span multiple legislatures to truly plan for future generations."

Having spearheaded a €700 million revamp of Malta's road network in recent years, which has often proved controversial, Borg insisted the metro proposal could only exist once steps had been taken to address the short-term infrastructural problems facing the country.

Noting the high level of private car usage in Malta, he said the new plan would offer an alternative and promote a culture shift, but that in the meantime, upgrades to the road network remained necessary.

In a statement, the Nationalist Party welcomed the studies' publication, recalling its own calls for a mass transit system in the 2017 election campaign.

"We continue to believe that efficient and affordable mass transport is a must for Malta. We encourage all stakeholders to make their voices heard in this process to ensure the best outcome possible, one that benefits users all over the country and finally combats Malta’s traffic problem," the party said.