The only surviving carriage from the Maltese railway system has set off… its destination being restoration.

After more than three decades in Birkirkara and years of vandalism, the third-class carriage will finally be given a €55,000 facelift.

Known as il-vapur tal-art (the land ship), the railway ran from 1883 to 1931, when the service was halted because it could not compete with trams and buses.

The Birkirkara train carriage is made of timber, with steel ties and a painted finish. It is divided into two compartments with wooden louvered windows on both sides.

Remnants of a glazed frame are still present within the windows, as is one of the wooden benches.

The Birkirkara local council originally applied for funding under a €1 million government scheme, however the project was not chosen and the council decided to appeal the decision.

The appeal was upheld, and €42,000 is being granted to restore the carriage, whose total restoration will cost €55,000 and is expected to be completed by the end of the year. The remaining €13,000 will be covered by the Birkirkara local council.

Once restored, the wagon will be returned to Ġnien l-Istazzjon, where it sat for over 30 years, before being moved to a safer place, which remains undisclosed to deter further vandalism. 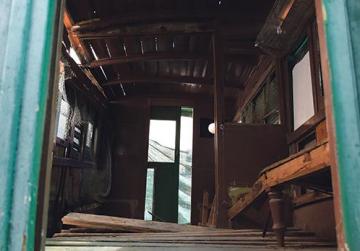 The only surviving Maltese railway carriage on its way to restoration.

The restoration job will be done in consultation with the Malta Railway Foundation.

In the meantime, the council is applying for separate funds to upgrade the grounds at Ġnien l-Istazzjon. The first phase, which will include a new railway-themed swing set and repaving of the area, will cost some €400,000, supported by the Planning Authority’s development funds, known as the Urban Improvement Fund.

The target for the completion of the first phase has also been set to the end of the year. The council is planning on applying for ERDF funds to complete the garden restoration.

The whole refurbishment project will also see the transformation of a childcare centre in the public garden into a railway museum. (The centre will be relocated elsewhere.)

When she was contacted, Mayor Joanne Debono Grech expressed appreciation for the government’s upholding of the council’s appeal for funds.

“The restoration will give back dignity to the wagon,” she said, adding that if it is not restored as soon as possible, we risk losing it.

In such a case, not only Birkirkara, but the whole of Malta would lose out, she added. 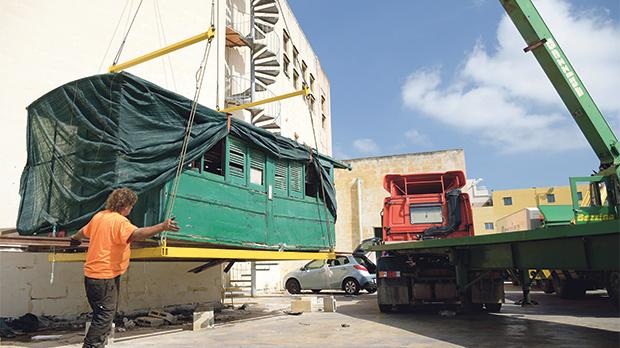