European Parliament President Roberta Metsola was on Monday heckled multiple times as she urged the Israeli assembly to strive for peace and to work towards a two-state solution in her first official visit to Israel.

Speaking to the Knesset in Jerusalem on Monday, she was adamant on Europe's position on the validity of Israel and on the fight against violence and anti-semitism, and most parliamentarians applauded in support.

"It pains me to say that today we are seeing anti-Semitism on the rise," she said, amid more applause.

The Knesset is the assembly of lawmakers of the State of Israel. Essentially, it is similar to what we know as a parliament, and consists of 120 representatives who pass all laws, elect the president and the prime minister and oversee government operations.

Metsola insisted that the EU Parliament supports the Middle East Peace Process in the form of a two-state solution "with the secure State of Israel and an independent, democratic, contiguous, viable Palestinian State living side by side in peace and security".

"I know there are those who do not agree. And I know there have been multiple false starts to this process. I know that not everyone sees peace as a goal. And I know how hard it must be to tell a mother whose child has been killed that peace is the answer. And there are too many such mothers. Far too many." she said.

'It's ok. This is democracy'

Her words, however, did not go down well with some parliamentarians.

Hecklers interrupted her speech and created commotion after she spoke about Russia's efforts to threaten the world's food security and transport routes and urged the international community to "remain steadfast and united in ensuring that sanctions on Russia are effective, allowing no loophole to be exploited".

It is unclear what the hecklers were saying, but the jeering became so loud that Metsola began to struggle to carry on with her speech. The Speaker chimed in to silence them, but she remained calm, composed and assertive.

"It's ok, this is democracy," she told the Speaker, as the commotion waned and she carried on with her speech, only to receive an even bigger applause a few moments later when she spoke against violence. 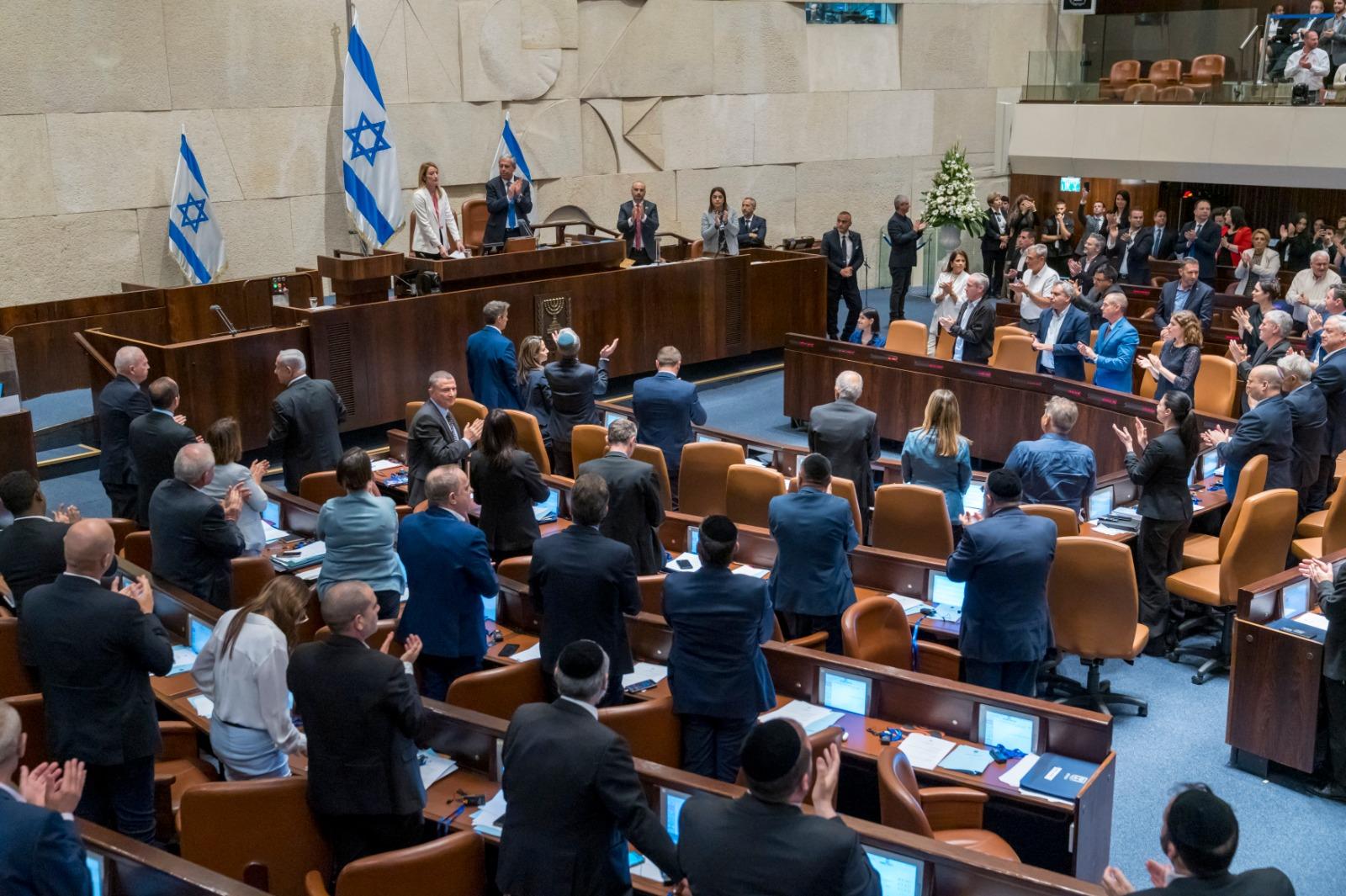 Metsola insisted that the EU Parliament supports the Middle East Peace Process in the form of a two-state solution. PHOTO: EU Parliament.

Metsola ended her speech by saying the future is unwritten, and Israel cannot only seek, but also find peace for itself and for the future generation. She called on parliamentarians to be idealistic and to seek non-violent solutions.

"We can achieve the impossible together. The story of Europe, the endurance of Israel, is proof of exactly that," she said to a standing ovation.